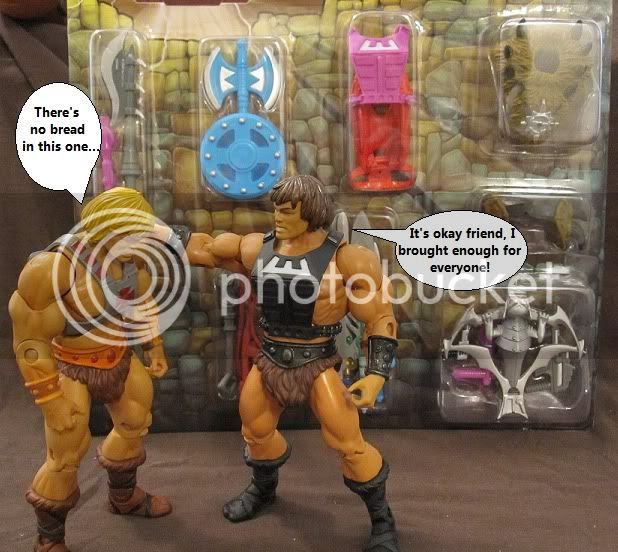 Have I mentioned I love accessories?  See, back in the day accessorizing was for both girls and boys!  We just accessorized with different stuff.  Barbies had a million jobs they could perform just by changing clothes, and figures like He-Man could be equipped for any battle with multitudes of weapons!  The original Weapons Pak was a favorite of mine, so I was super excited to get a new version of it for mixing-and-matching goodness with the MotUC line.


For this pack they mostly tried to recreate the original with some changes here and there to fill in gaps or give the fans some things they've asked for.  There are some minor differences: For one, the Beastman whip was just black like normal in the original pack, so they gave us something different with this one by making it red (to sorta mimic the laser whip that He-Man endures in the old movie).  Then, in the original pack we got black Zodac armor.  However, since that came with Wun-Dar, they gave us a...um...pinkish-purple armor.  Honestly, I dunno why we got that.  Doesn't match anything, unless you like crazy colors - and I do, so hell, it works on some levels.  Just woulda been cool to get a gray one, or a green one, or a darker purple, or just about anything.  Ah well, at least I got some jokes out of it.﻿ 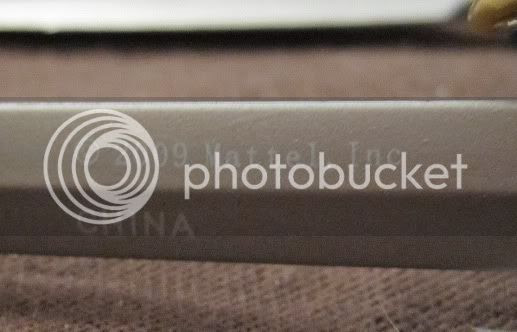 The other minorly annoying thing is that each of the weapons had to say "Mattel" on it somewhere, but in most cases they tried to make it out-of-the-way.  I would have liked them to not be there, but they had to for some reason, so I'm glad they tried their best to make it as unobtrusive as possible.

Anyway, like I said, some of the weapons weren't in the original at all.  The new stuff in here were for some fan wants, like a Tri-Klops sword painted like the one he carried in his first minicomic.  (He's got two 'cause I bought two paks.  I told ya I like accessories...)﻿ 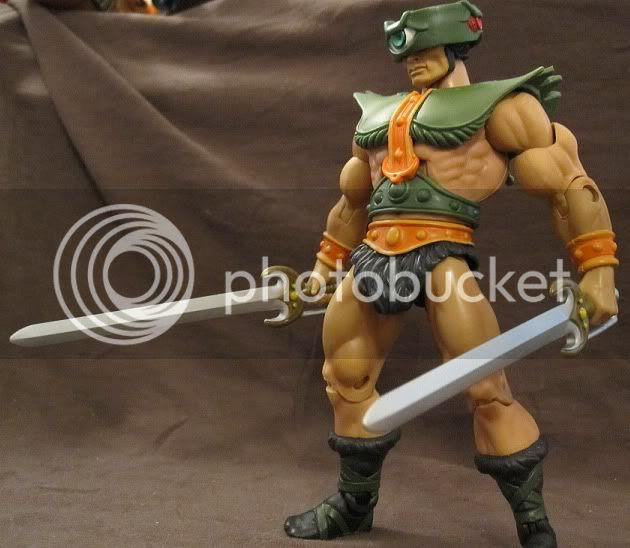 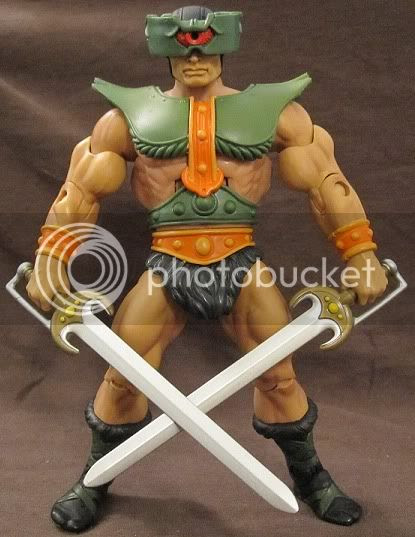 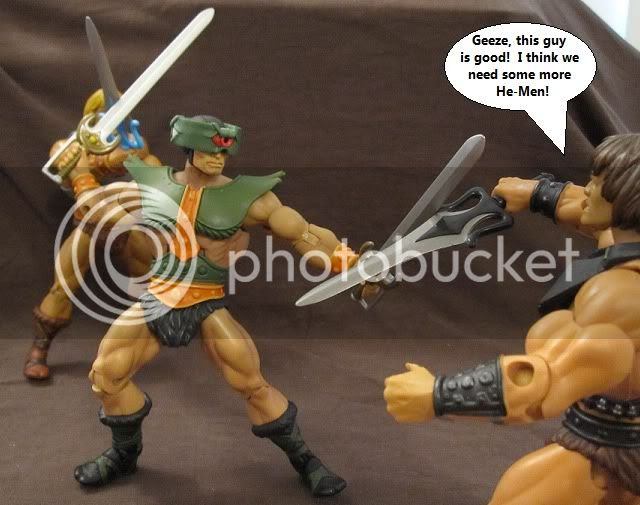 We also got the blue Power Sword, axe, and shield from the original pak!  I loved those ones for some reason, but thankfully they were changed a bit to have silver on the sharp bits.  A good choice!

On top of that, it made for some really garish color combinations if you took the Zodac armor and gun and mixed it with Faker...﻿ 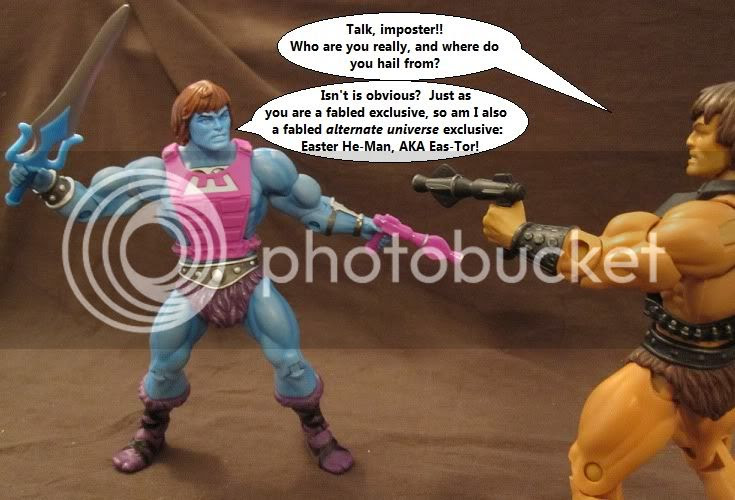 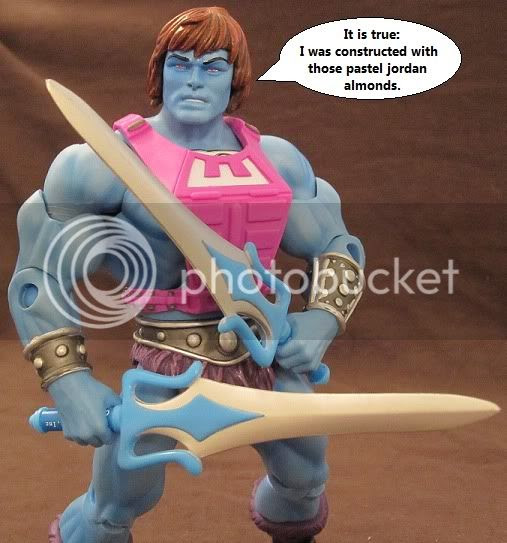 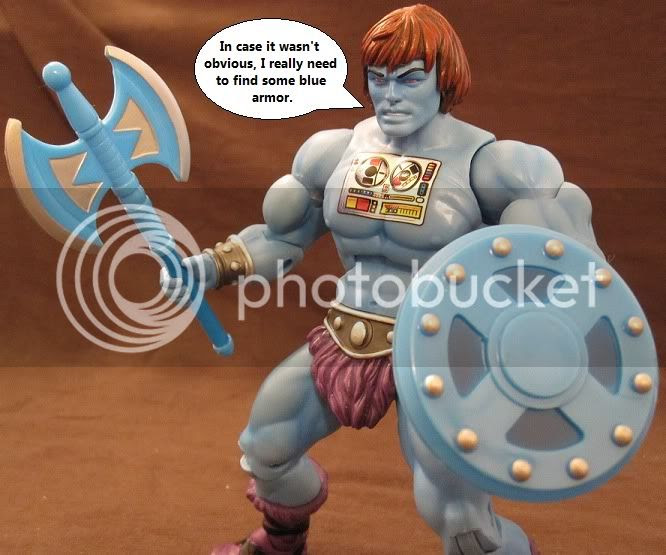 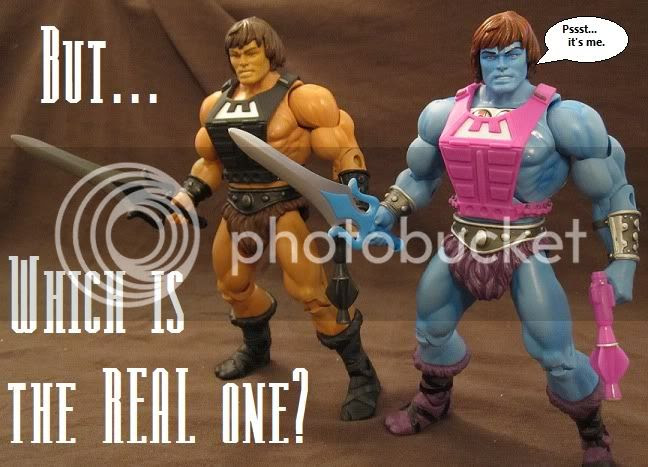 I seriously kept Faker like that for awhile.  Just hilarious.  I love it.

Next, they added the 200X sword again, but in the colors that came with the 200X He-Man.  I honestly didn't need it, but it was a cool addition for the fans.﻿ 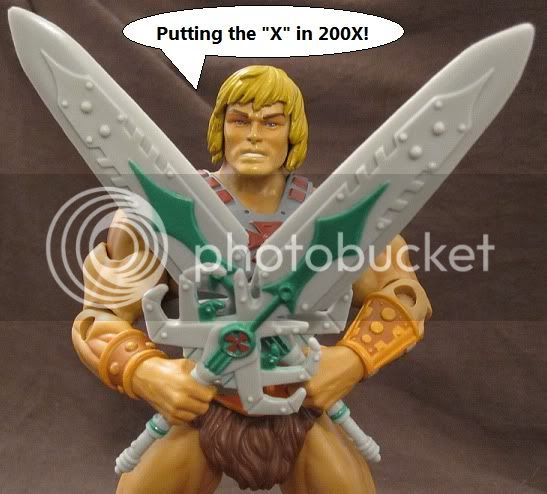 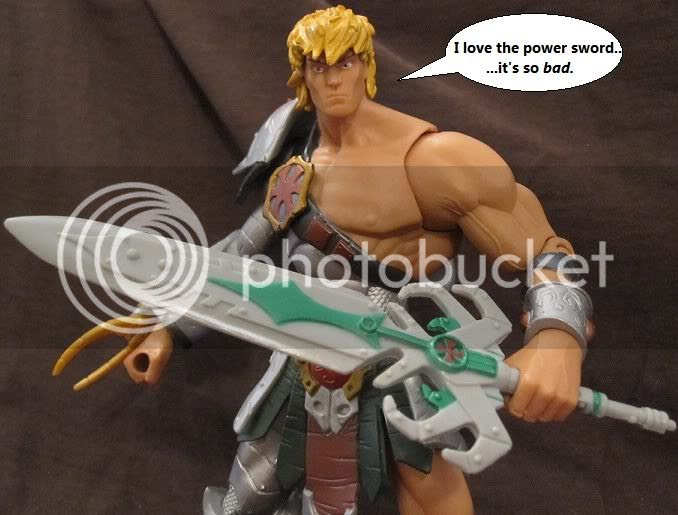 And is it just me, or does his face at least look a tiny bit like the kid with the Power Glove?  Anyone?﻿ 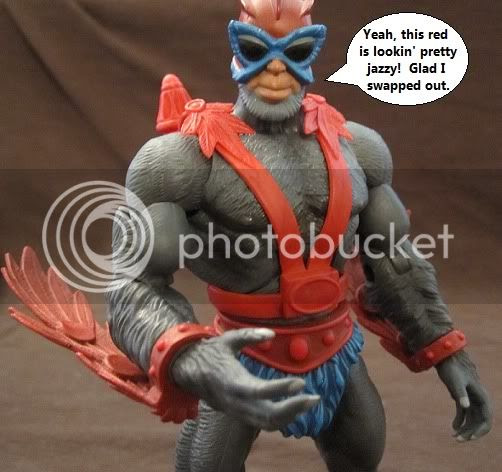 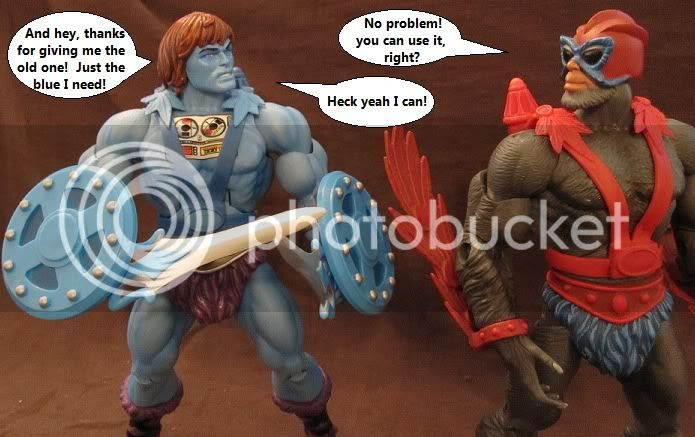 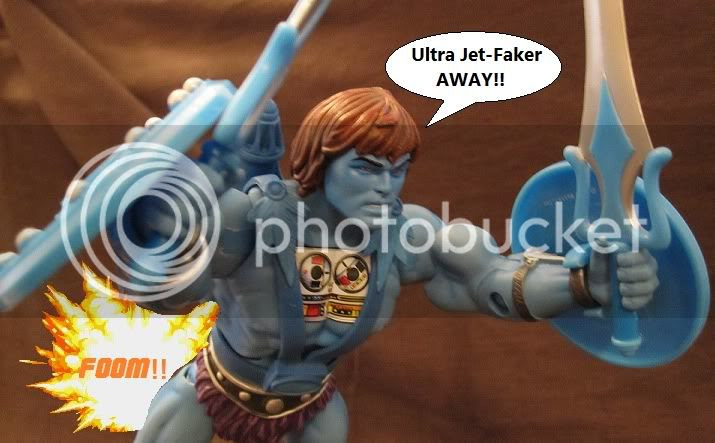 Another addition was the red Stratos pack, because there was a variation among the vintage guy.  Some people had one with red wings and blue pack, and some had one with blue wings and a red pack.  I had the red pack one, so this was cool, even if his wings weren't blue.  I still think the all red looked pretty nice.  Also, the blue harness can make for more blue Faker sooo...yeah.  Pointless.  Sue me.﻿ 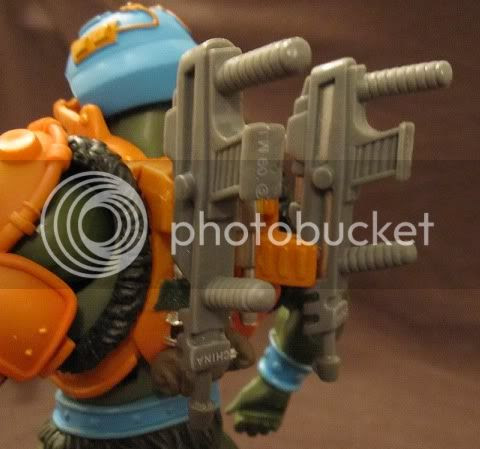 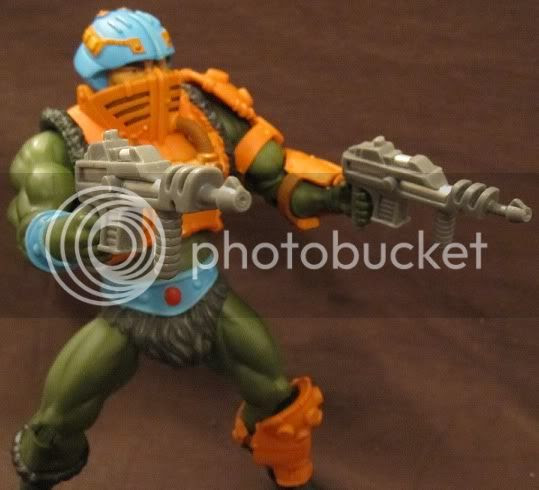 We also got some more guns!  As well as some other things I didn't take pics of (though they may show elsewhere).  There was also a silver Hordak crossbow because his original crossbow was white, while the MotUC version was black.  That was pretty much useless for me, 'cause I thought the black looked better.  Regardless: awesome pack!  Lots of useful stuff, and I don't regret buying two.
Posted by Alexx at 4:46 PM