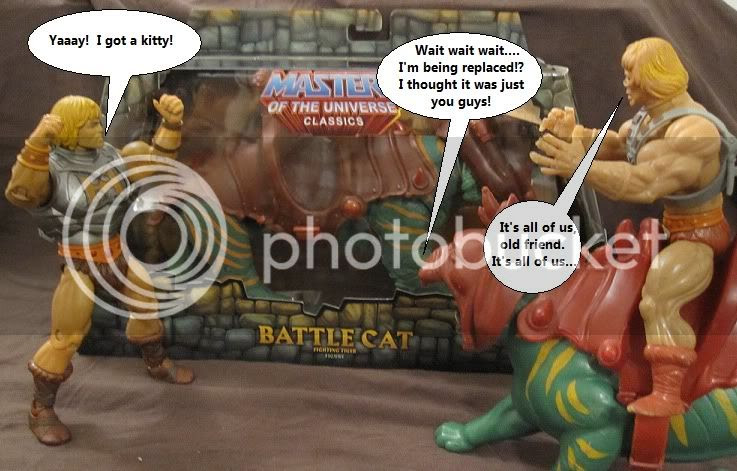 WOW.  This was one I was surprised to see when they announced it.  This toyline was already expensive without beasts!  Still....couldn't resist.  You can see I had the original one, and this one is just...perfect.  Everything I could have wanted in an articulated version of the 'ol cat.  Everything has been faithfully recreated with the Four Horseman's trademark super detail. 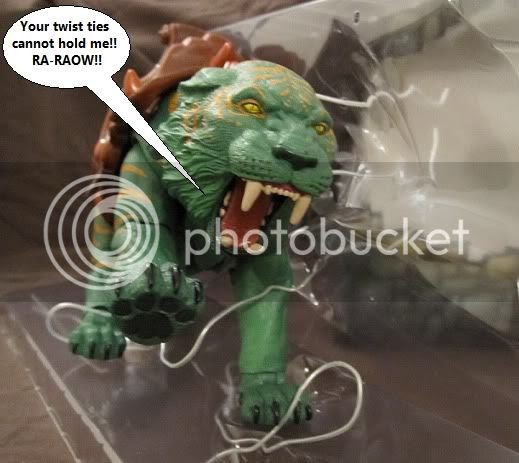 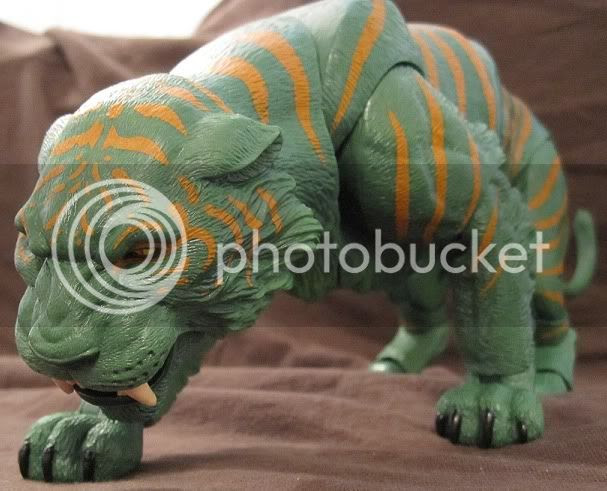 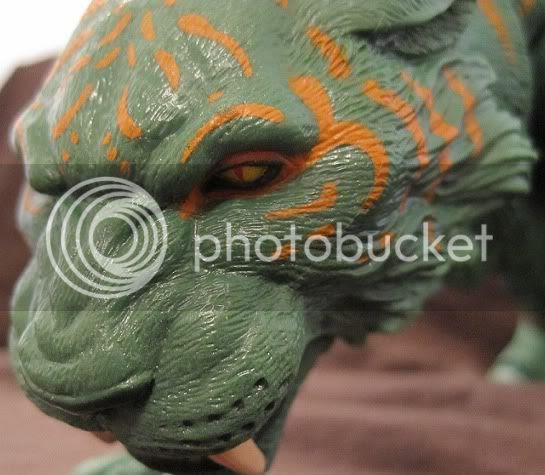 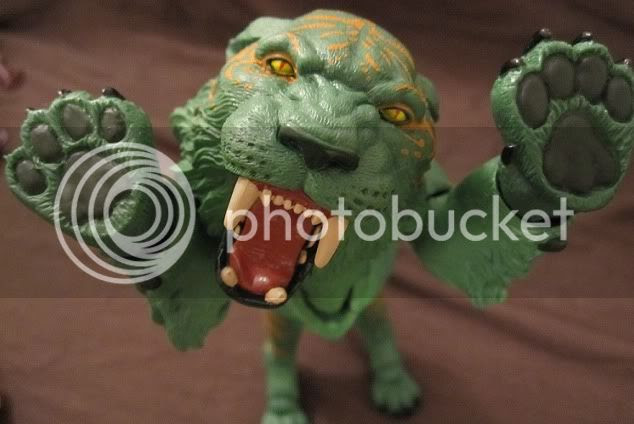 Look at that sucker!  It's got more than enough articulation to pull off a lot of realistic poses; only thing I could have asked for is a bit of side-to-side movement in the neck, but honestly that's a very small amount of pee in this pool of awesome (HA HAAAaaaahhhh man I gotta rethink my comparisons.  But not now.  That one stays).  ﻿ 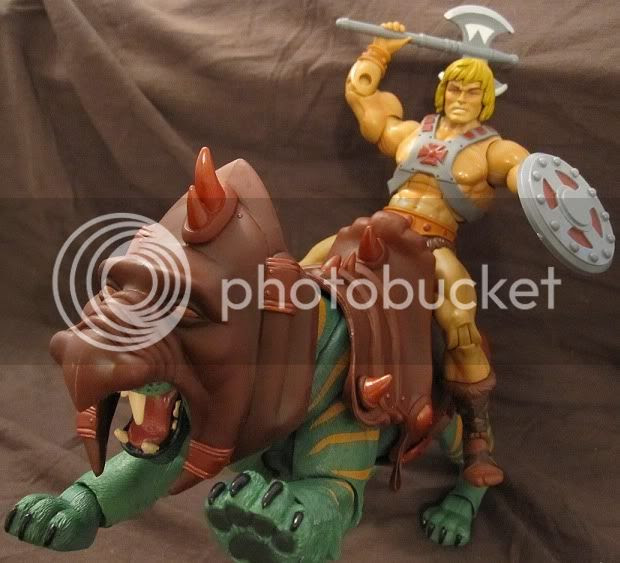 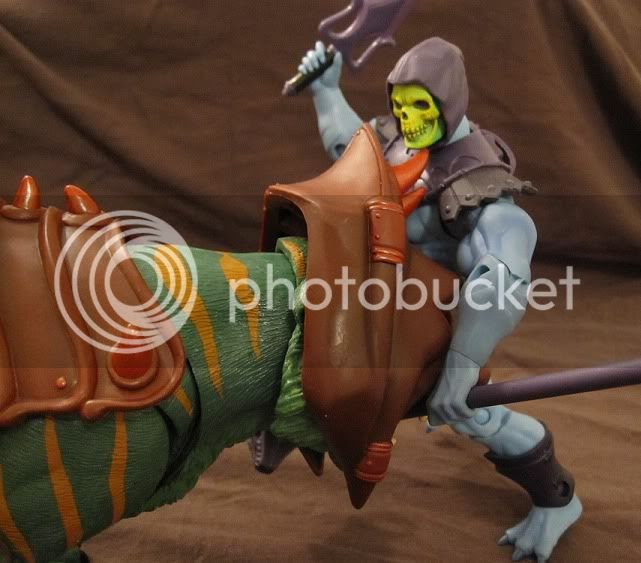 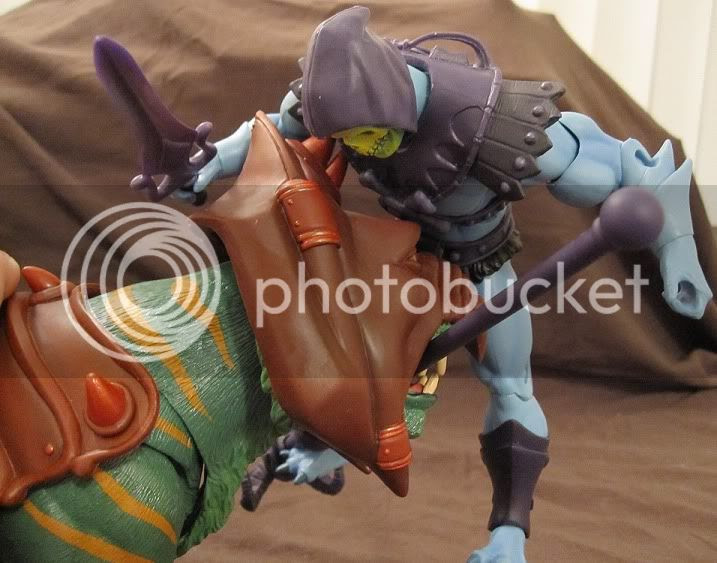 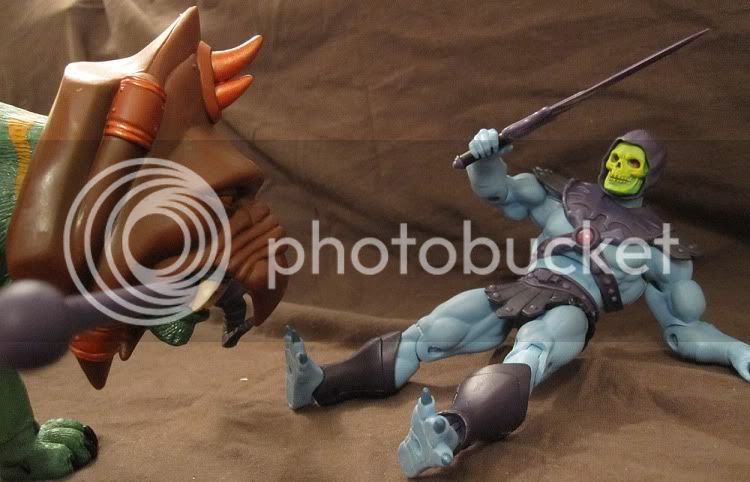 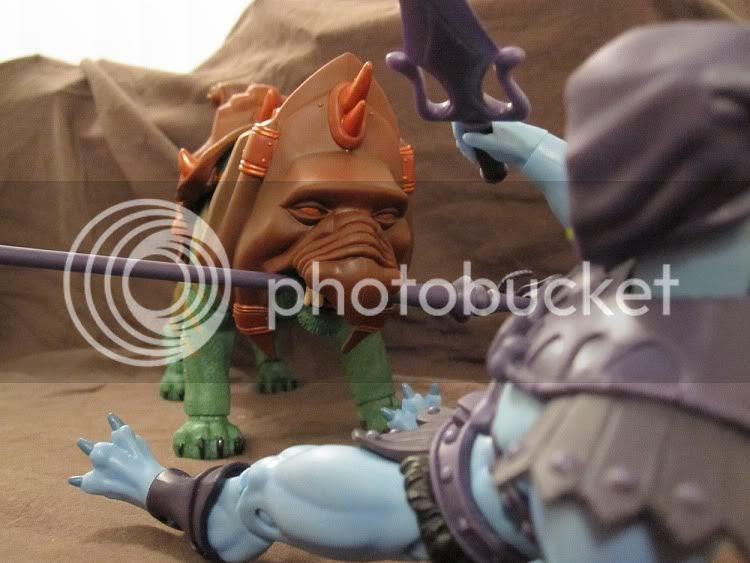 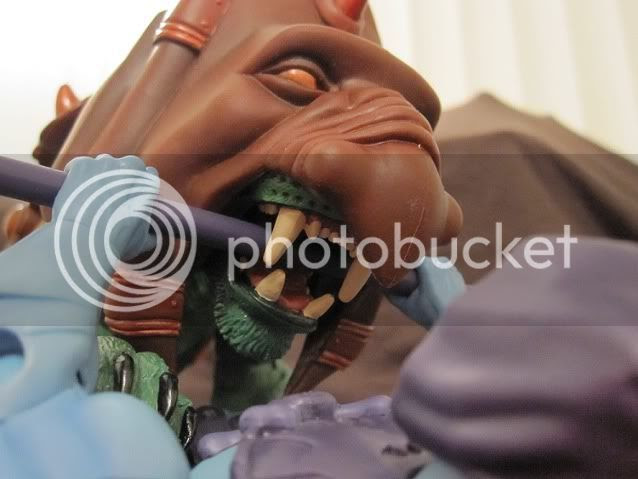 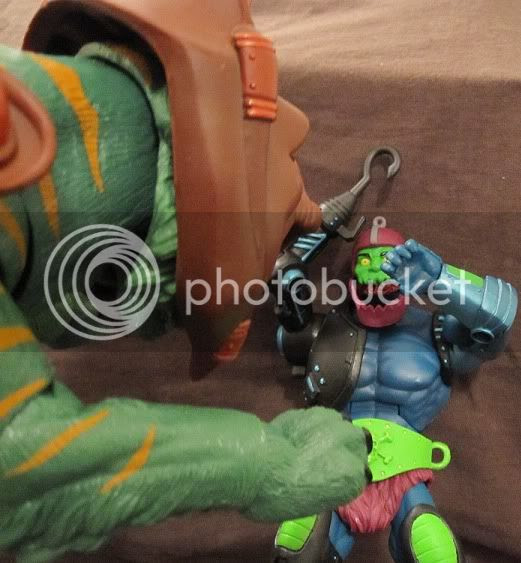 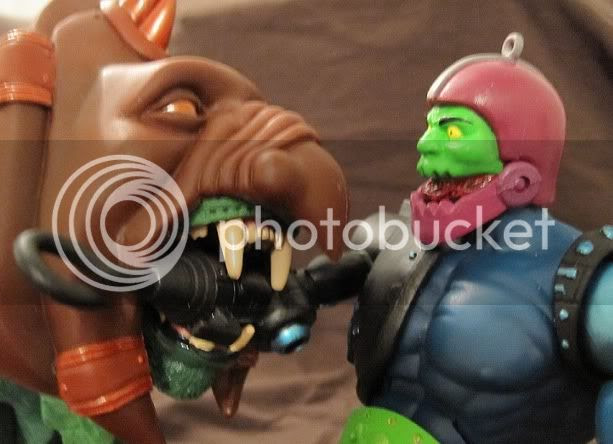 The mouth even opens up!  That of course is a must; I mean look at all that hilarious stuff you can do!

But if anything sells this guy, it's seeing it next to the old one.  ﻿ 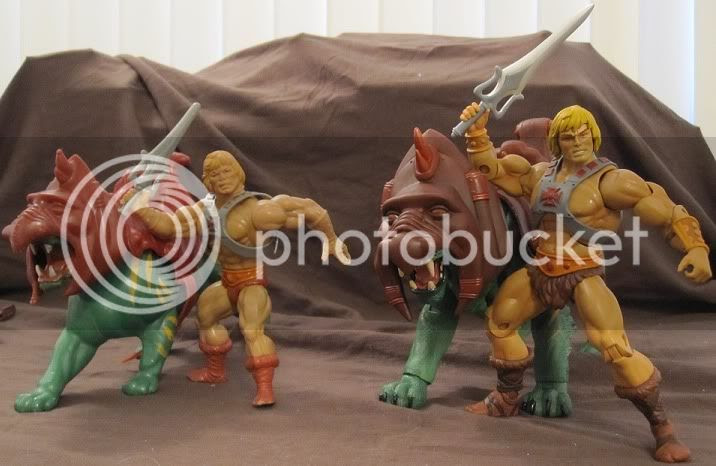 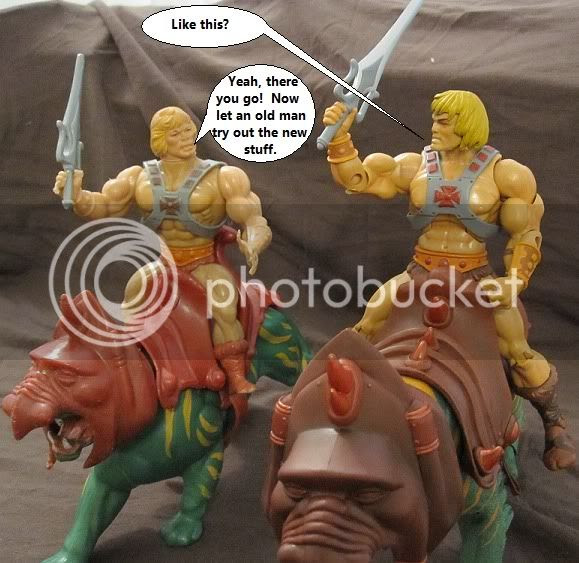 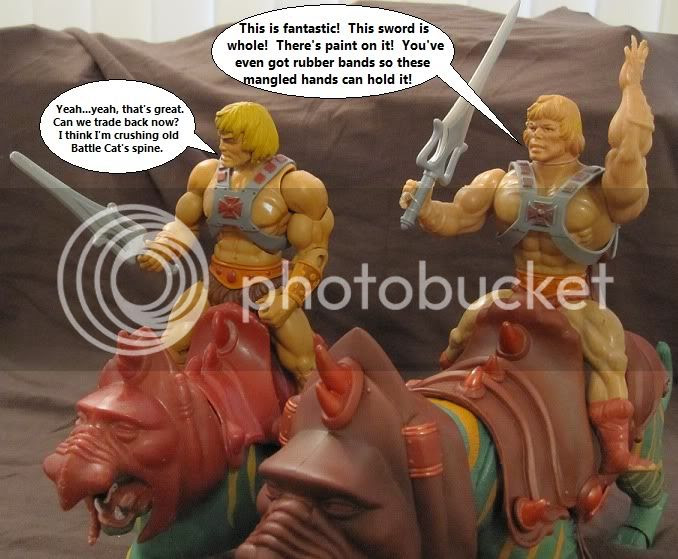 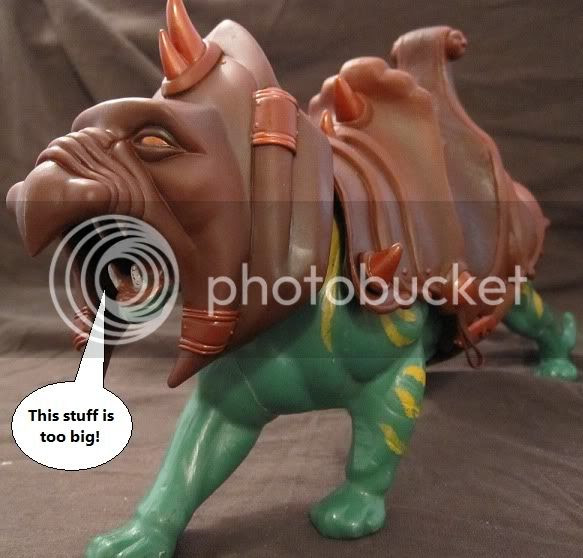 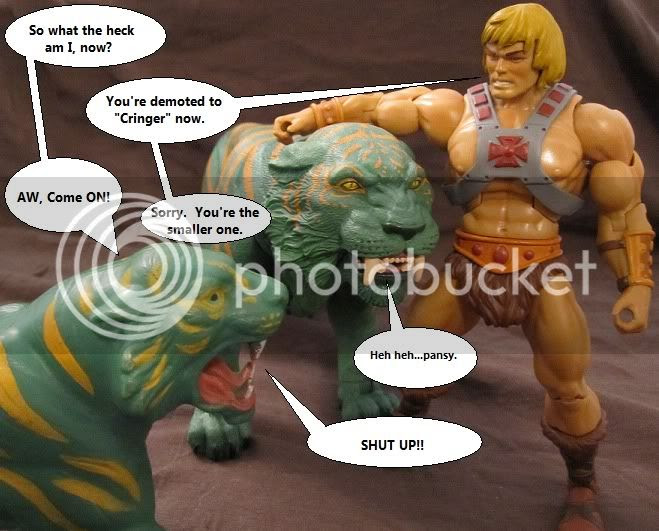 It's everything you remember and more.  I can't sell this one as a "must have" because of the expense and all that, but if you're the kinda MotU fan that just wants a He-Man and a Skeletor...then I'd have to suggest splurging for this one too, 'cause it really completes the "wandering barbarian" look.  If you couldn't tell: the ones I REALLY like always get a ton of pics.  Just couldn't put this guy down!﻿ 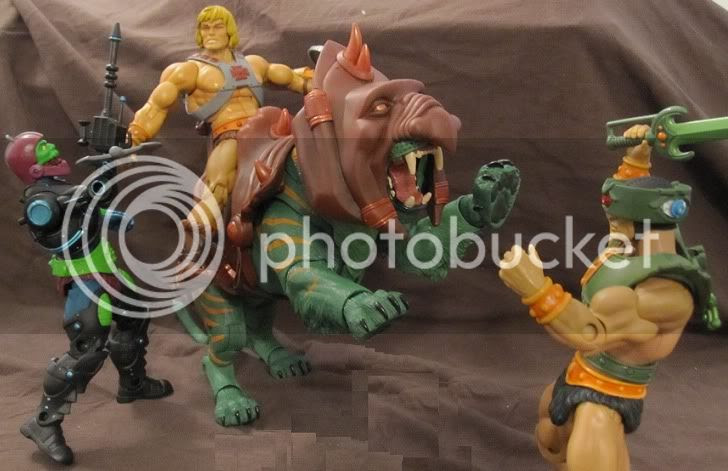 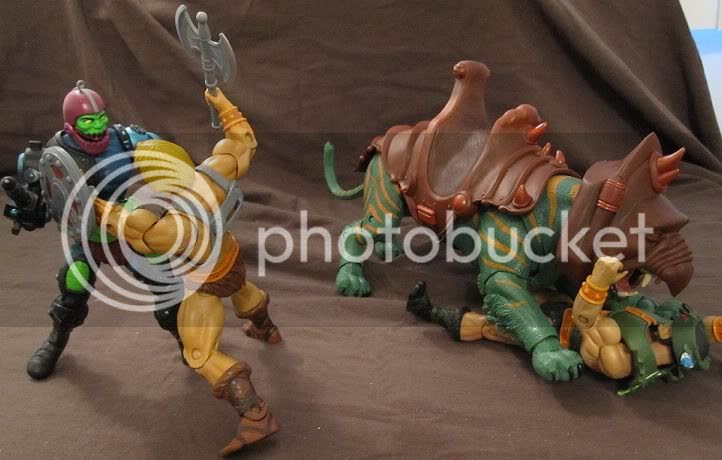 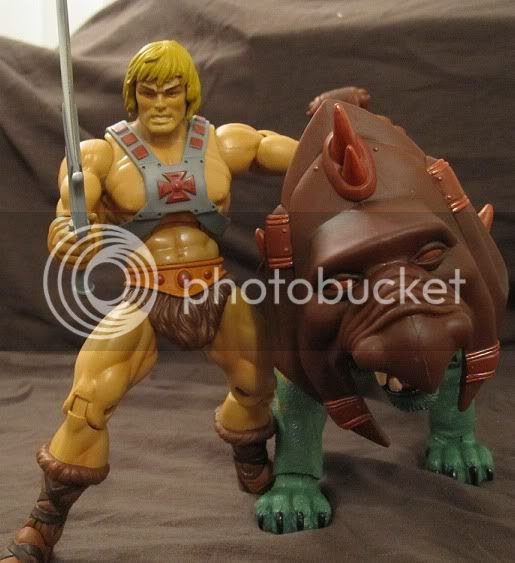 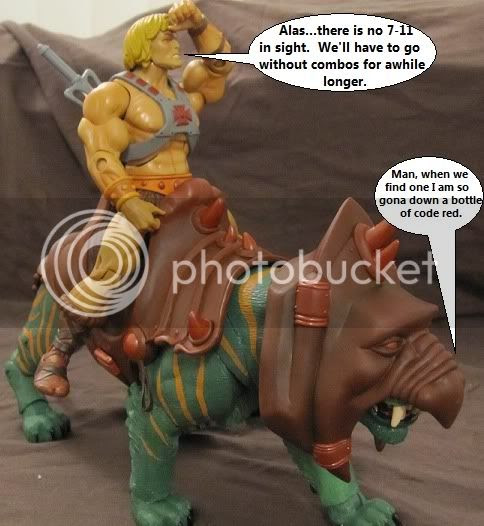 Battle Cat is seriously fun to play with, and if you got some extra toy cash and He-Man, then I would totally suggest this to complete his look.  I didn't honestly miss Battle Cat until I had 'em in hand; now I dunno how I could have He-Man without him.  On top of that, this is one of those super-sturdy feeling toys that I would even feel safe giving to a child.  I can't imaging anything breaking Battle Cat beyond a full-on baseball throw into the wall - and even then it may survive!
Posted by Alexx at 2:00 PM