The Birth of MAN KING (I Think Randor is in there Somewhere) (Dec. '09) 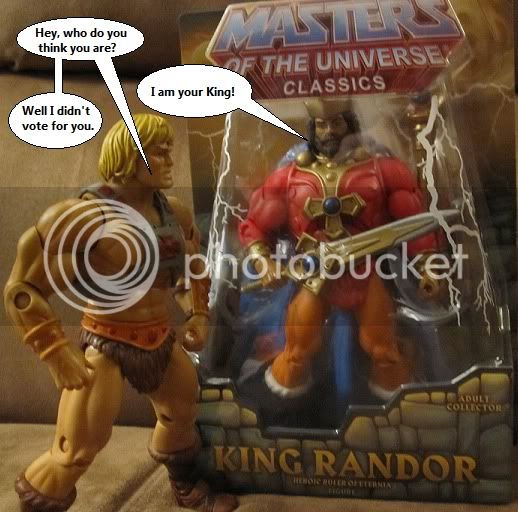 The King!  I never had this guy when I was a kid, but I was happy to get 'em now.  Kinda a goofy look, but he's still an important player in the story.  Ya know...'cause of being He-Man's dad and all.  Depending on what you're reading or watching, that is.  You know; same 'ol same 'ol.  The minicomics just had him as the king but not related to He-Man, and then the toon changed it so he was Prince Adam's dad (either the toon or the old DC comics...not sure which was first).


Anyway, the only thing I ever saw him do that was cool was throw a friggin' spear through Faker's chest in a minicomic.  I kinda recreated that below by having him put his staff through Faker's back with noises cut out of the comic.﻿ 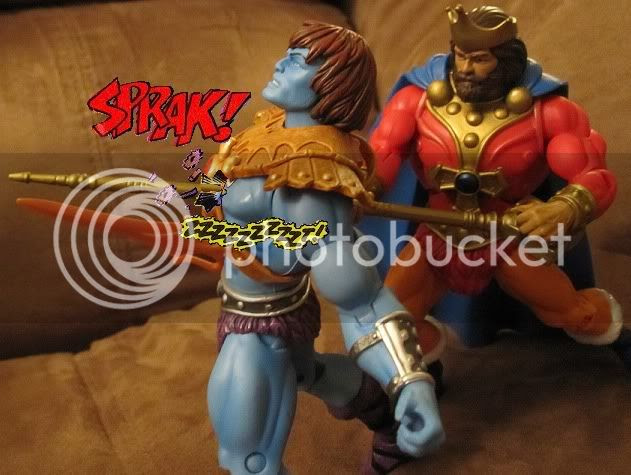 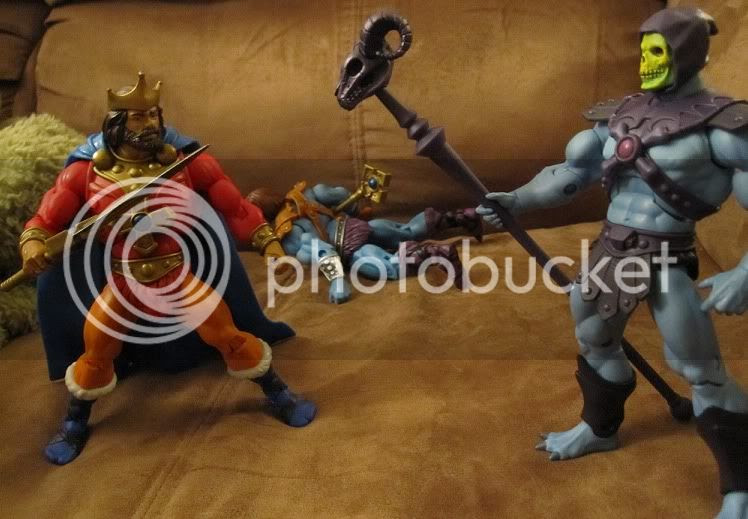 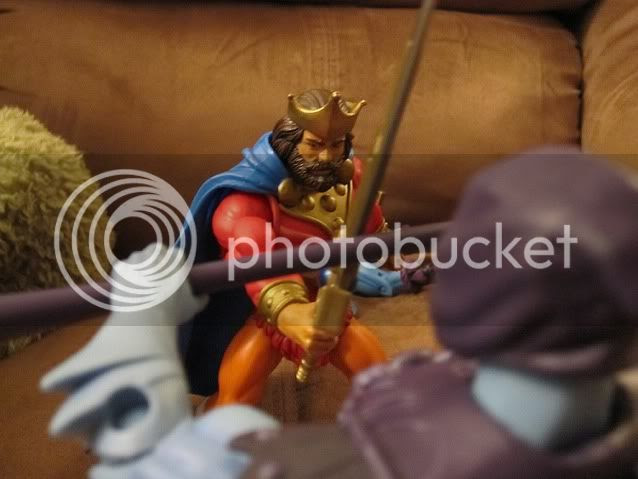 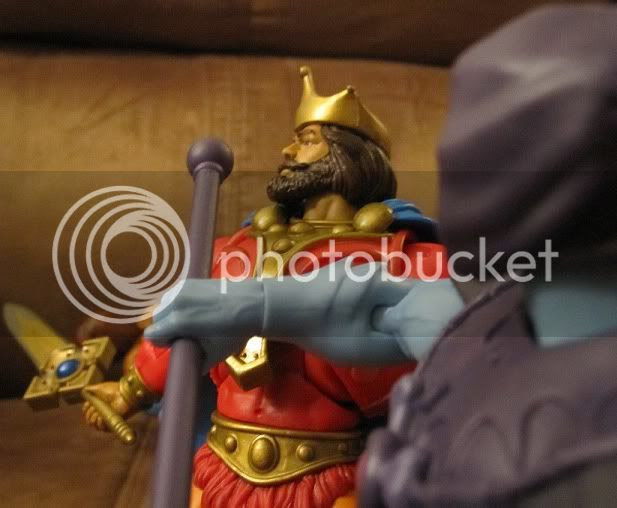 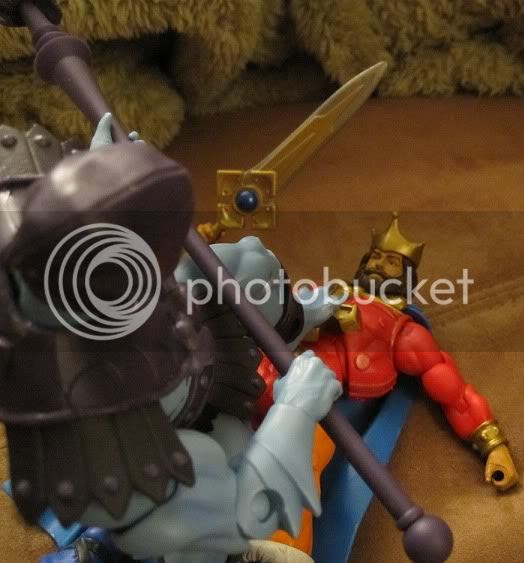 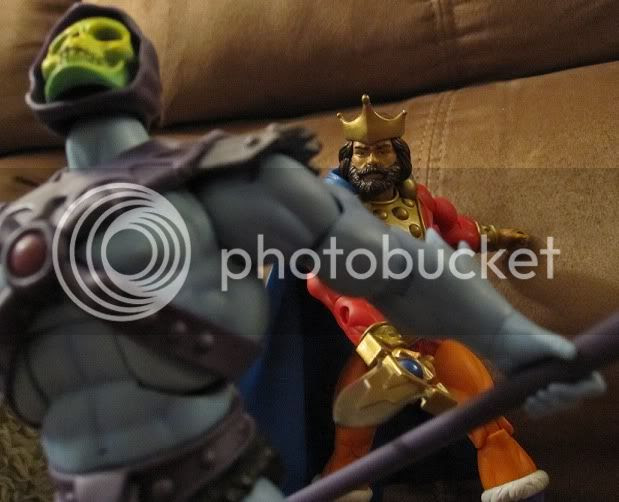 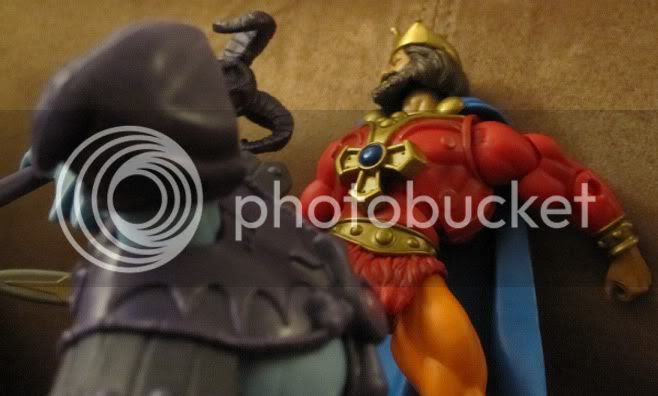 ...then I had Skeletor beat the shit out of him.  You know how it is.  The big problem with being the king is that kings aren't often warriors.  I mean, there were many warrior kings, but this one doesn't look dressed for the occasion.  Maybe it's just me.

I did notice one important detail about Randor, though: That is one magnificent beard of manliness.  That's what led to...this:﻿ 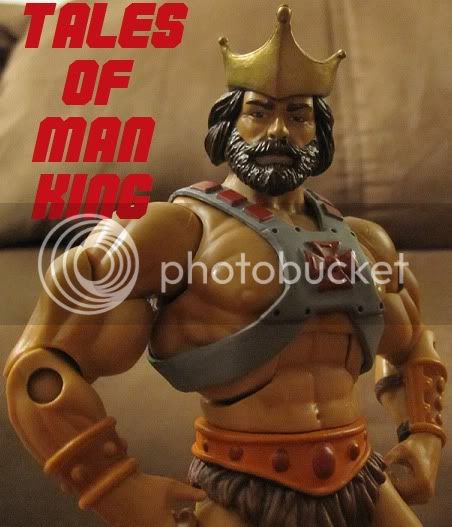 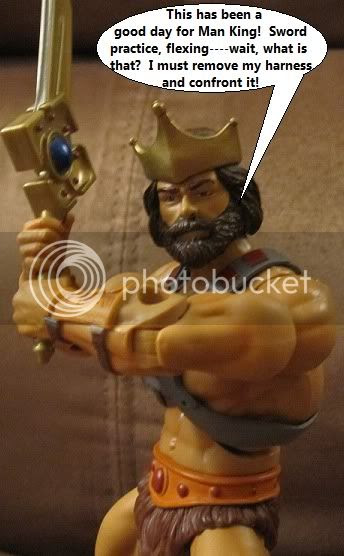 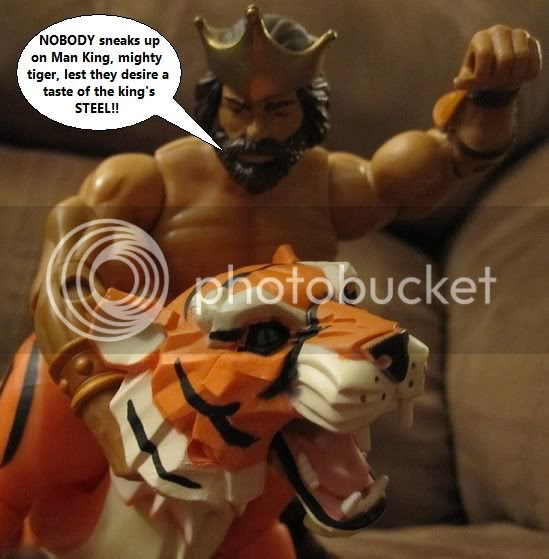 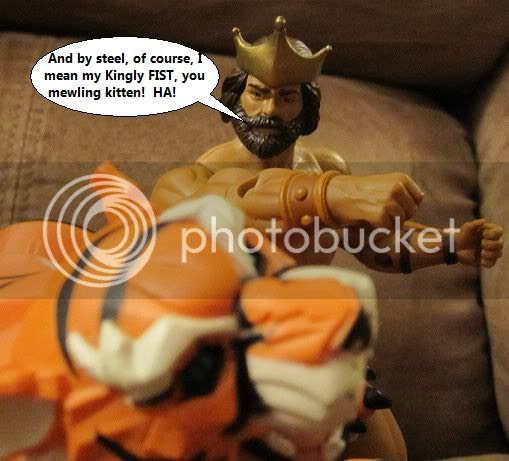 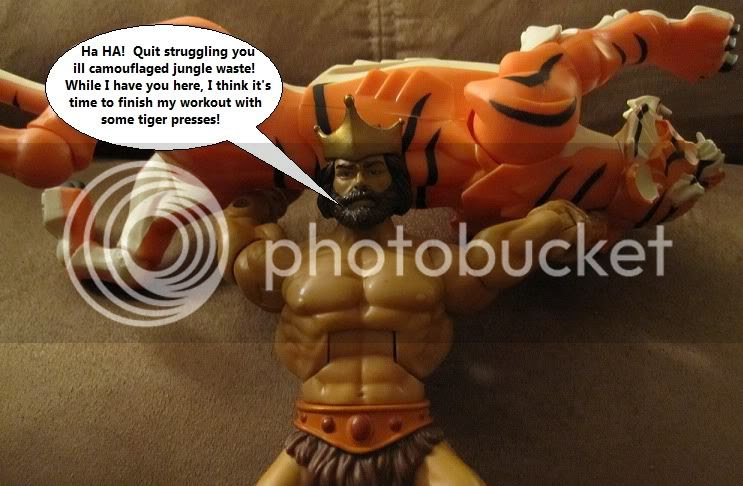 I have yet to put MAN KING's head back on Randor, because Randor lost the rights to it.  They'll make another variant of Randor down the line, and that can be my Randor.  From here on out though, for the classic head, this is MAN KING.  Man first, King second.
Posted by Alexx at 9:23 PM