Mix and Match: An Old Pastime

I've already stated my love for accessories.  That love stems from the fact that any one accessory could mean the perfect item for some other figure.

Other times...I just like throwing things together and seeing what sticks.  Here's some of that. 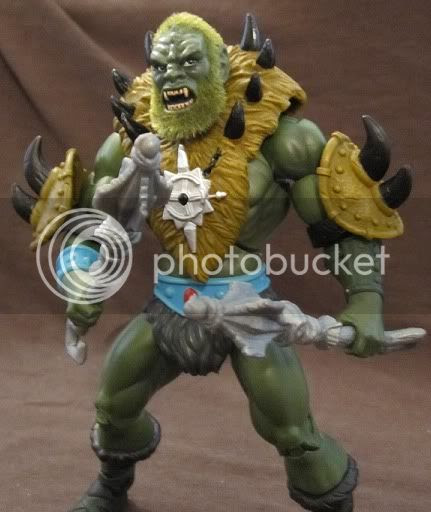 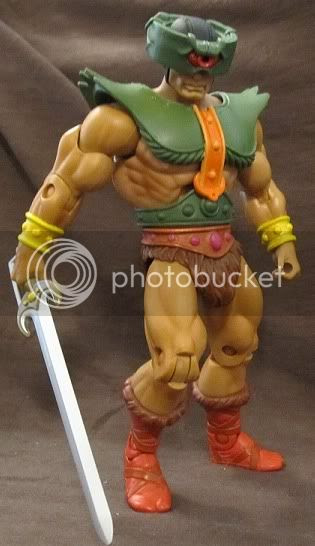 This Tri-Klops was an effort to mimic how he looked in the minicomics.

The next stuff is a batch of things to try and weaponize Kronis again: 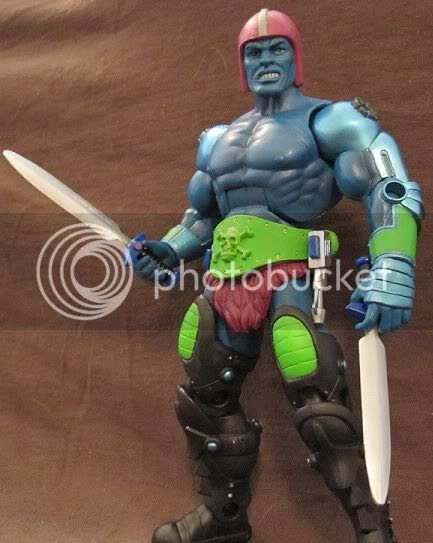 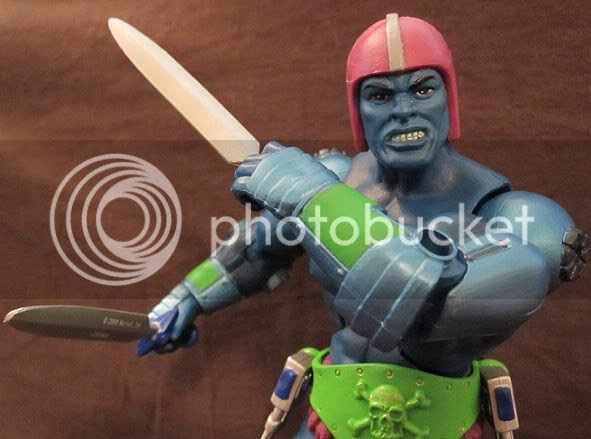 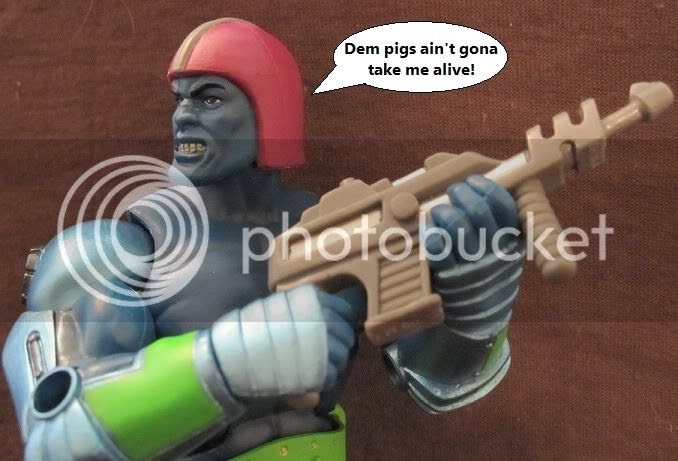 Next one was the way Man-At-Arms was colored on the cover of one of the MotU DC comics: 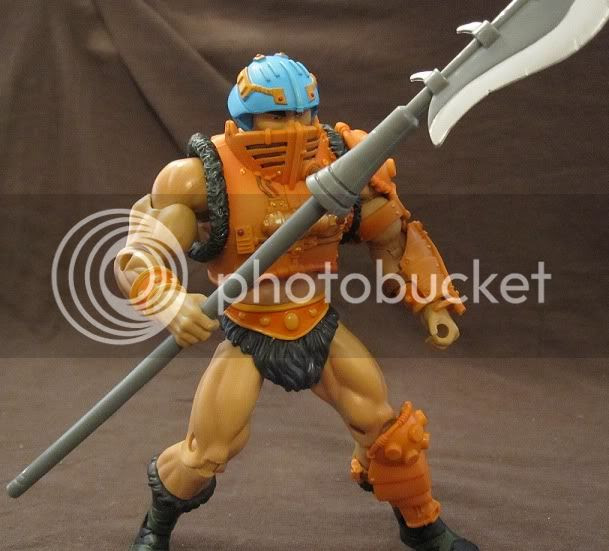 It was probably a mistake, but then, they made another interesting mistake that'll be covered later with another Teela!

Next, since MAA's body was free at the time... 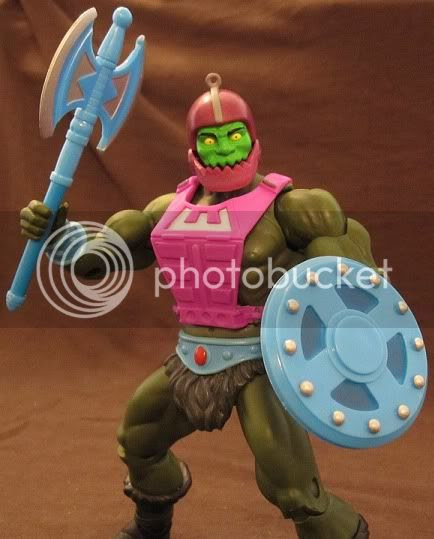 Next two are what I've been calling "Alexx Classics", in that the figures mimic how my vintage figures were. 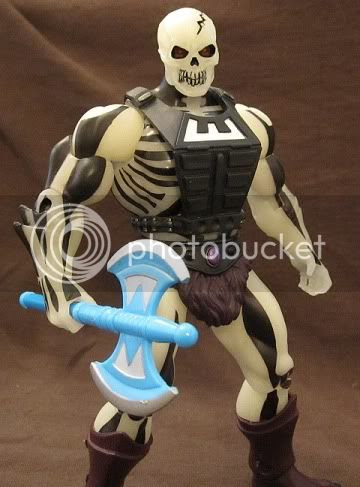 At one point I wanted some sort of skeleton robot for some story I was doing with superhero toys, so I grabbed my Scareglow and put on the black armor, then gave him the blue axe as an "energy axe."  Of course, the vintage blue axe was all blue, so it looked more like energy.  Anyway, that's my new version of an old mix.

The next is basically how my Beastman was back then. 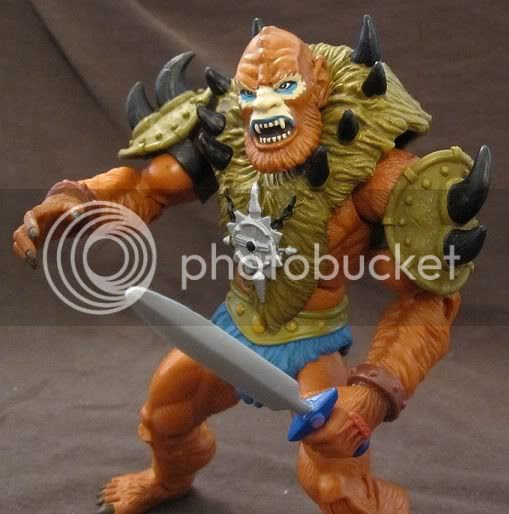 I don't know where they went, but I lost Beastman's original arm guards and...whatever that is that he's wearing.  The vintage Weapons Pak came with yellow Beastman gear, so they recreated it with a much darker, brownish-yellow that just looks fantastic.  So I swapped out his gear for the Weapon Pak stuff to make him more like my old Beastman.  He's also holding a sword because...well I lost the whip, too (and apparently I lost the second whip that came with the Weapons Pak).  It's funny to think of how much of my childhood was spent looking for items I lost when I was even younger.  I figured they had to be somewhere an I kept looking and looking.

Next one is a request from someone on He-Man.org...dunno who, since it was awhile ago.  The 200X Stratos had these control sticks coming from his backpack, so there was some sense as to how he controlled it.  Someone asked how the red whips from the Weapons Pak looked as a way to mimic the sticks. 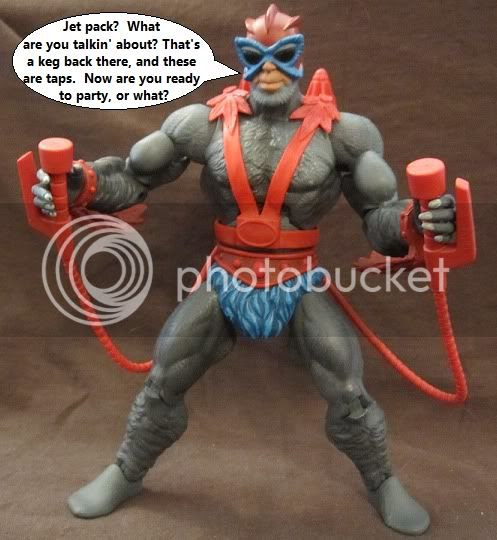 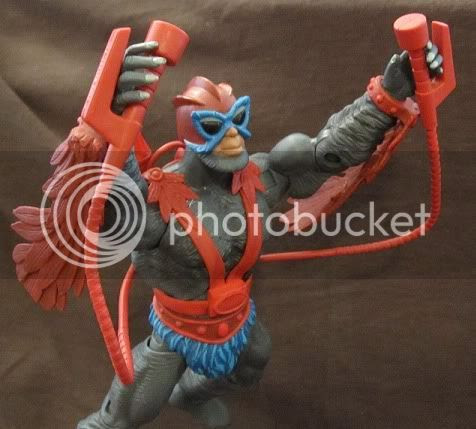 Thought it turned out pretty neat, though I didn't keep it that way.

Okay, the final set is a pictorial I did after I finally got my perfect Teela together with all the items I thought she should have. 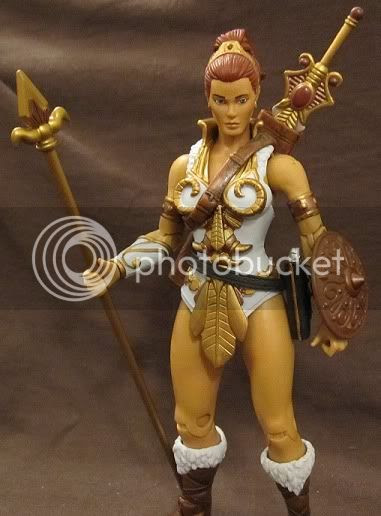 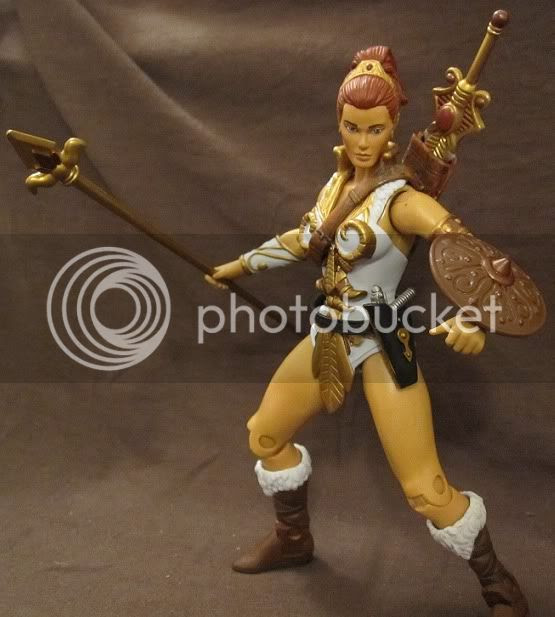 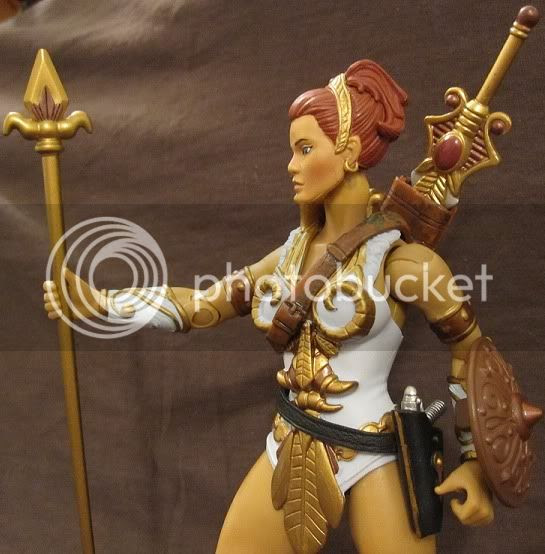 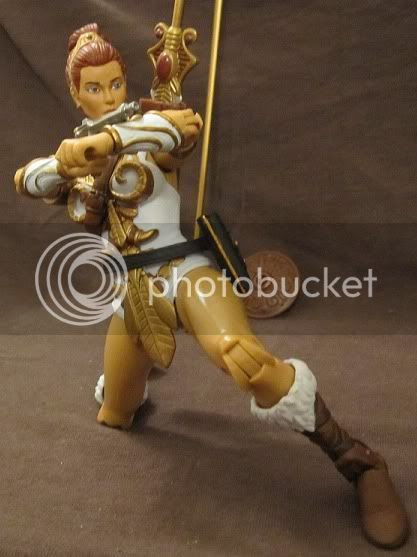 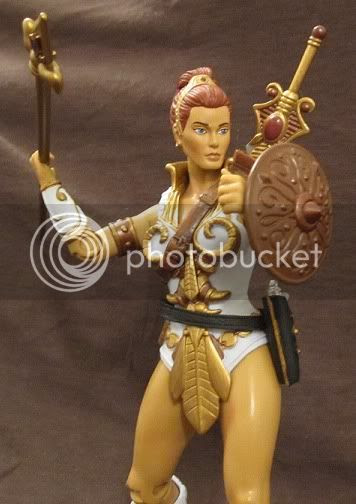 Not much going on.  Just stole Adora's pistol and holster (which, by the way: the pistol was actually molded off of the pistol Teela uses in the old MotU live action movie, so technically it is Teela's!) and threw in the sword sheath I stole from Marvel Legends Taskmaster.  Later I fixed the gun holster to her leg, which I thought looked much better, and it has stayed that way.  I think I'll show up on her in later photos.
Posted by Alexx at 8:12 PM