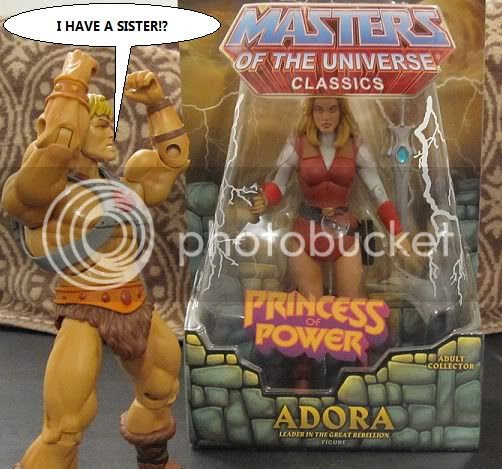 I was as surprised as He-Man!  See, I can't remember much of the MotU cartoon, but I DO remember The Secret of the Sword.  I tend to remember things that my Grandma taped, because I watched those old tapes over and over and over.  So the story with Adora is that Hordak stole her from the crib at birth, but no one thought to tell Adam that he had a sister.  I'm sure they had a reason, but I can't remember it now.  Anyway, turns out there's a sword for her too, the Sword of Protection.  The jewel in the hilt allows it to transform into stuff 'n all that.  Then, of course, it allows Adora to transform into She-Ra, which I think works better for her story than for He-Man's.  I'll get into that in She-Ra's post, though.﻿ 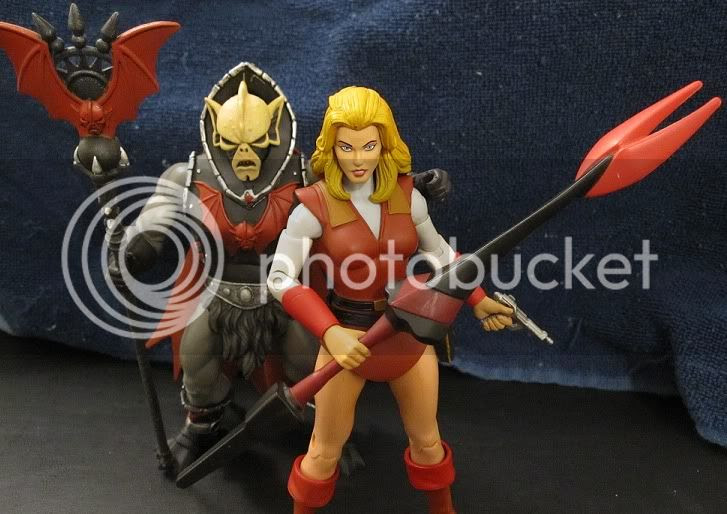 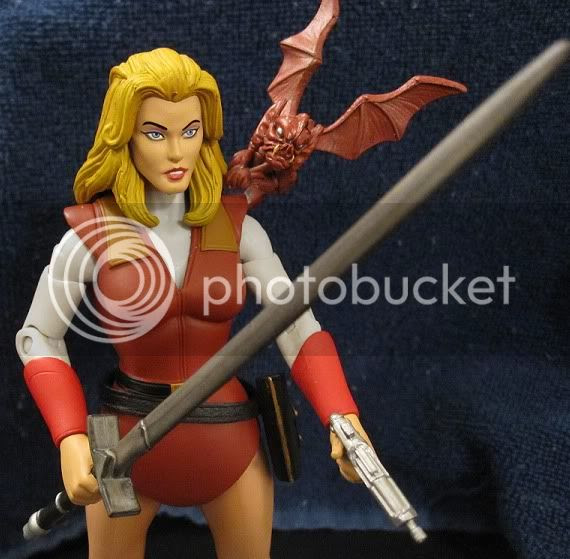 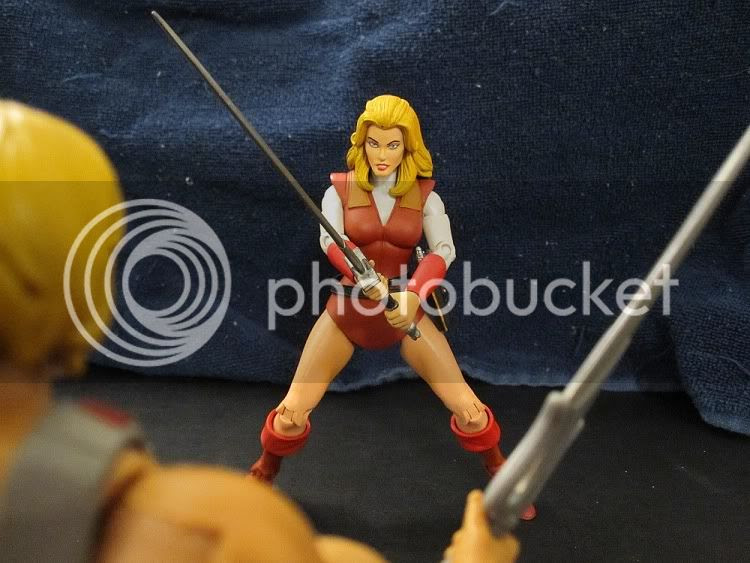 See, since Adora was stolen at birth, Hordak had time to raise her all evil 'n stuff.  So in the early parts of the movie she's Force Captain Adora; head of Hordak's forces (to the best of my memory).  He-Man finds out about her in the movie and goes to Etheria (She-Ra's planet in another dimension) to bring her the Sword of Protection.  Once she gets it, she remembers who she is....somehow.  I guess, even though she was raised evil, she still had to get regular mind-wipes from Hordak's main witch Shadow Weaver.  I'll have to watch the movie again, honestly.  In any case, the sword lets her figure out who she is 'n all that.﻿ 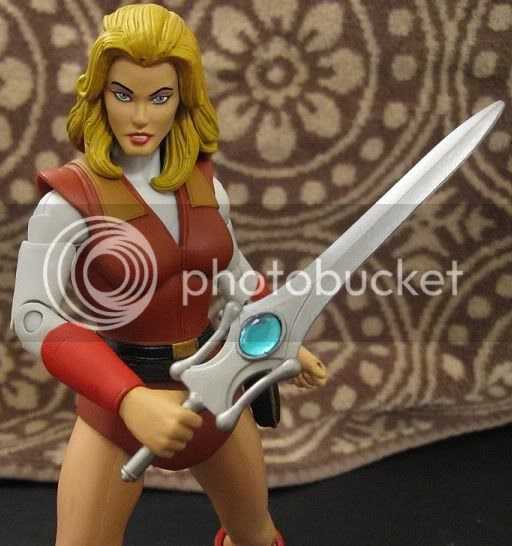 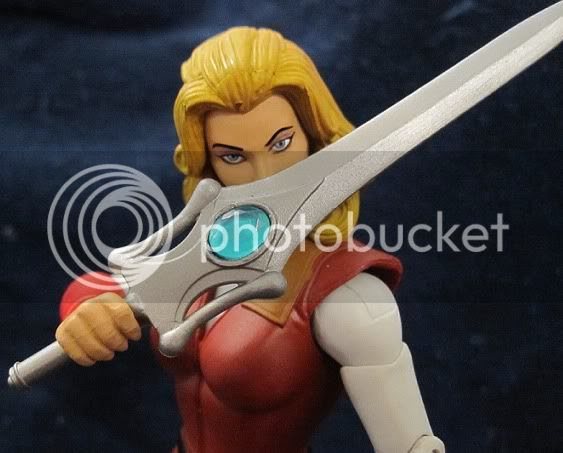 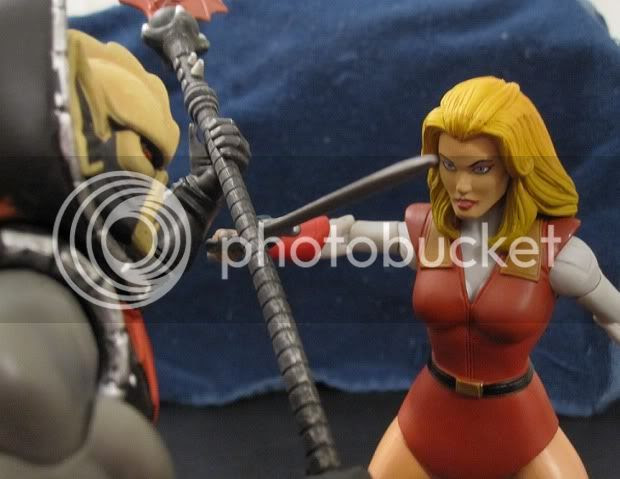 And that's Adora!  A big time win for fans of the She-Ra cartoon, Princess of Power.  At the time Mattel told us that MotUC was going to include everything involved in the MotU story, and She-Ra is certainly a part of that.  Up until Adora it was kinda hard to believe; so Adora was a milestone!  Since then we've gotten a few Princess of Power items, though I think we could have gotten a few more by now.  Still, I think they are moving along with that well enough.﻿ 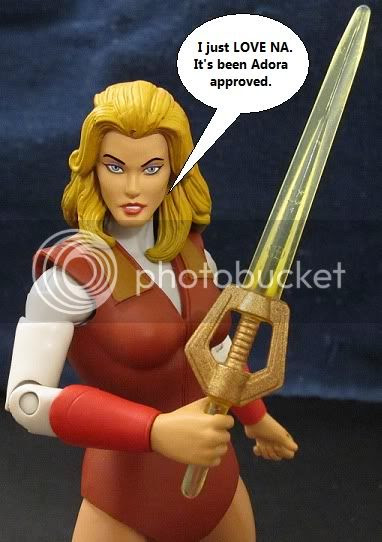 ...and the final pic is just 'cause I found out she could hold the New Adventures (NA) Power Sword.  Awesome.
Posted by Alexx at 10:07 PM