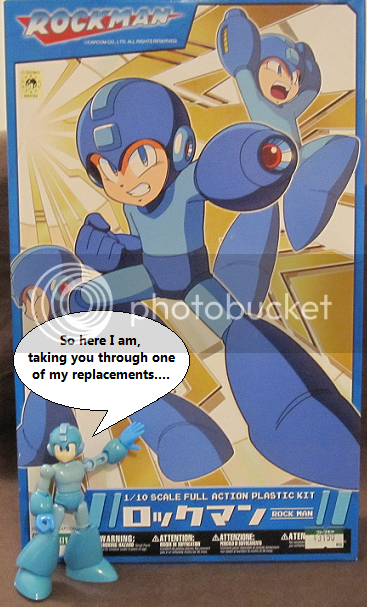 I haven't been workin' on the pics I've wanted to, lately, so I decided to dig through the files and find some things that should have been done a long time ago.  This is Kotobukiya's Mega Man model kit, and I got it back in 2010.  Also took these pics back then, too.  At that time I was reviewing G.I. Joes, and I had no idea where to put a review of a Mega Man model kit....so the pics sat around unmodified until now.  Not only did I get this done just for you good folks, but I also mostly remembered the jokes I had planned!  Mostly.  Probably not.  I may have just made up new ones. ...yeah, nothin' else.  Saw this at a Meijer.  It's just a plastic container with animals in it.  It's just...that choice of top.

I can't...WHY COULDN'T YOU FIGHT THE SADNESS, ARTAX?!

Launch All Eyebot updates once again!

You've no doubt forgotten about Go! Launch All Eyebot - the side blog me and my friend Zach started up to showcase our shared interests.  I don't blame you...it updates slower than me, and it's got only one post so far!

Well come on back!  We decided to post up a Skype chat between us, involving an old childhood pastime of divvying up toys.  In a way.

Come on in and read about Trash Talk!
Posted by Alexx at 1:03 AM No comments:

Email ThisBlogThis!Share to TwitterShare to FacebookShare to Pinterest
Labels: Go! Launch all Eyebot, The Plastic Eyeball 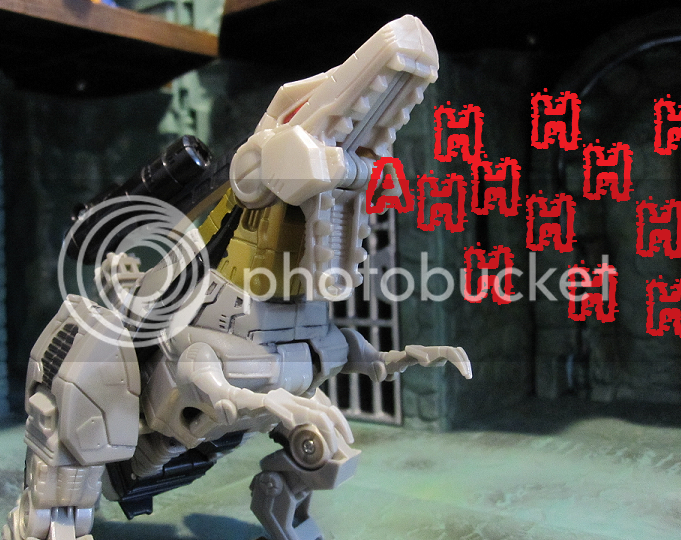 This wasn't planned.  I blame Heli88.  He's a dude.  I'm trading toys with him, currently.  He's also a bigger Transformers fan than me, so I wanted to get some nice trades for him 'cause he's totally gona give me a Harryhausen Skeleton.  That meant I had to dig through my Transformers and get rid of some more, like I had been planning for awhile now.

...naturally, when I do that, I end up playing with my favorites.  I hadn't planed on taking any pictures of them...but I did.  Once again: I blame Heli88 for this post about some of my favorite Transformers. Darkness is my friend.  Not like the way darkness is Batman's friend, though.  He treats darkness like a psychiatrist.  He stalks through darkness; darkness shows him who he really is, etc.  Naw, me and darkness are buds who go way back.  Ever since my Grandma bought me Scare Glow and I ran into the closet to see him glow...we've been pals.

Point is: you can see everything in the light.  In the dark...you see only what you light up.