Cityville Invasion: Apps All Up In Ma Toys! 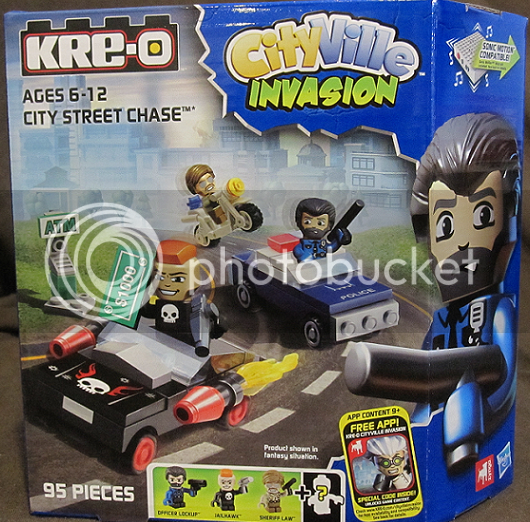 So Hasbro creates their own Lego and calls it Kre-O.  You with me?  Well they made the coolest little poseable figures and knew they would be a hit, so they blind bagged those suckers and sold 'em like hotcakes.  However, we know how Kre-O works!  It's pretty much like Lego, except with classic Hasbro properties like Transformers and G.I. Joe.  Are there any other directions to go in?  A way to do their own Kre-O thing without a standard property we all know and love?  Something....new?

Go! Launch all Eyebot! Forever into the Face of VICTORY!

Salutations all you toy fans and otherwise ('cause if Chef don't judge, then neither do I).  Would any of you like to know what would happen if I had TWO heads?  I know I would!  I mean, which one of us would throw up when it came to that occasion?  Or would BOTH heads throw up?  Wouldn't that be awesome?

But I digress.  Or digross.  Probably more accurate.

My second head, as it were, decided to spit off from me before I was ever born and somehow lived his own life in Canada.  Also developed an interest in monsters instead of awesome robots, the crazy weirdo.  This guy called himself Zach and I may have mentioned he has a blog called The Plastic Eyeball where he indulges all his strange Canadian passions.

Well, I've finally reattached him (or me to him?) for short periods in some malformed beast called Go! Launch all Eyebot, where we double-team various toys and toylines to berate them into submission.  Or perhaps that's just me and he's totally cool with them...we'll see!  And so will YOU, if come on down and check out our very first post on the Iron Man Assemblers line from Iron Man 3. Shaken by the Shockwaves from the blehblehblehPHHTTT (Part 2) Part 2, without any electricity or boogalooing.  Plenty of monoeye horror, though!  Please, proceed.

Shaken by the Shockwaves from the Shocking Shockwave Show (Part 1) 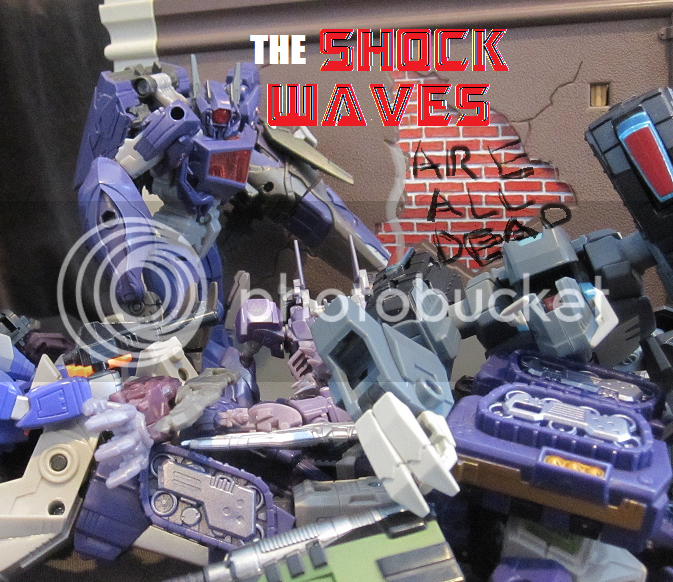 Shockwaveshockwaveshockwave...ugh.  The word lost meaning.  "Shock" doesn't even look like it's spelled right anymore.  So hey; you wana see how many versions of Shockwave I've managed to shovel into my shtunning shpile of trashformer shoup?  SHHHHHHH