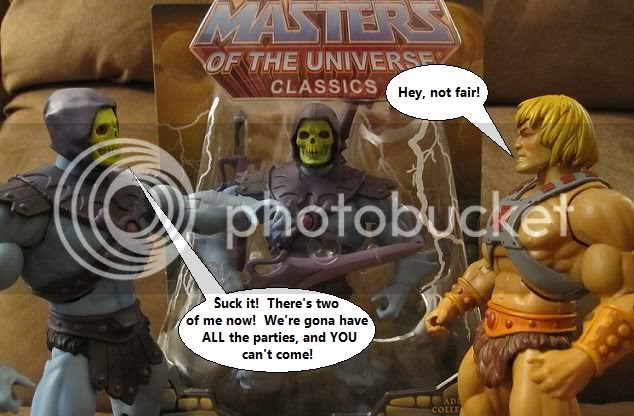 Wait Alexx, don't you have this guy already?  Why another one?


Because two hands that can hold things are important to me!  I like the malevolent left hand on the original, but it can't hold anything!  That's no fun.  So the only real different between these two is the hands, though of course there are a few differences in the paint apps; nothing that can't be chalked up to normal variation, though.﻿ 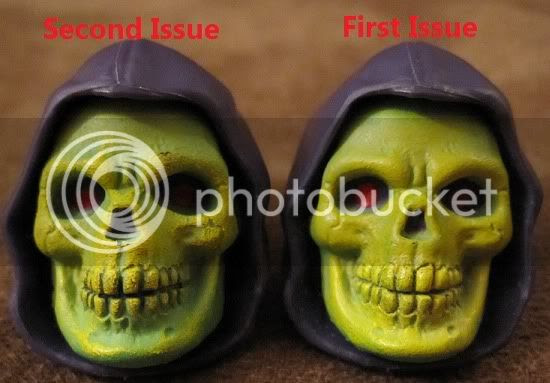 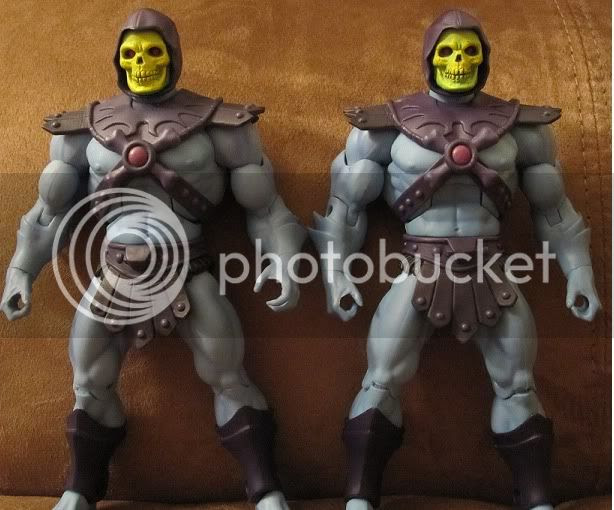 See?  Nothin' much different.  I think I eventually decided that I liked my first head better, though it's such a slight difference that it doesn't matter much.

Now you wouldn't think so, but this figure was super exciting just because I could get him to hold both halves of the power sword!﻿ 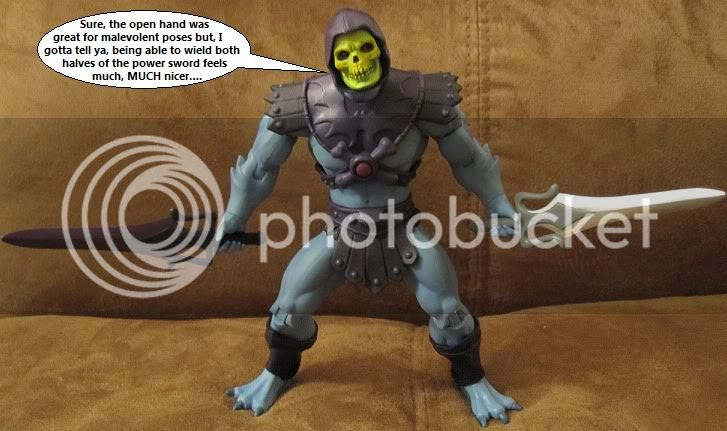 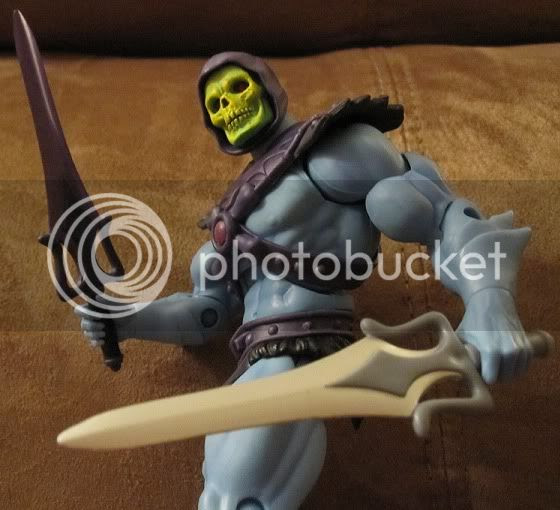 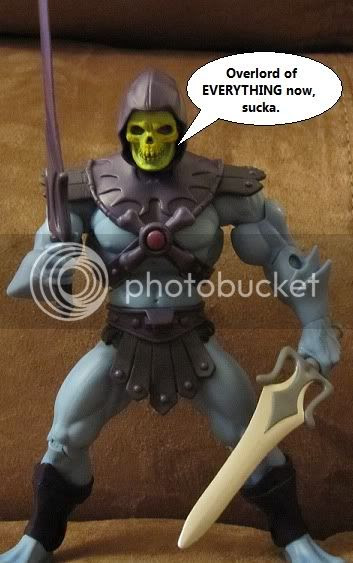 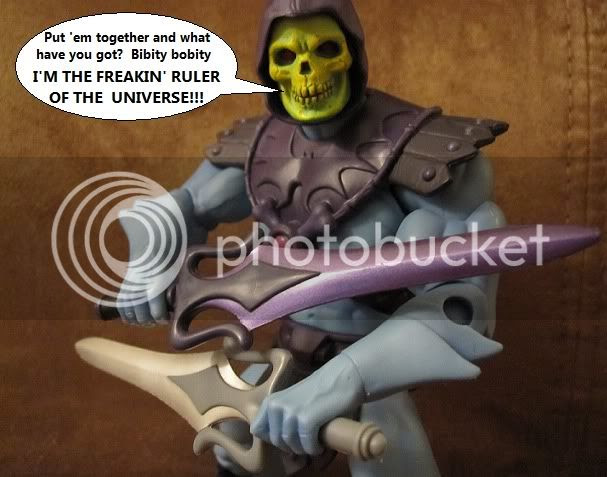 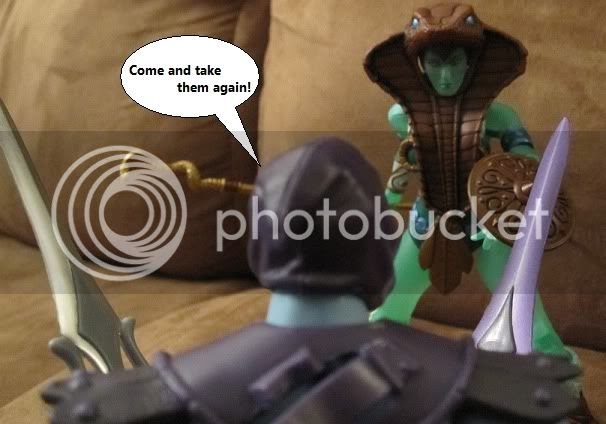 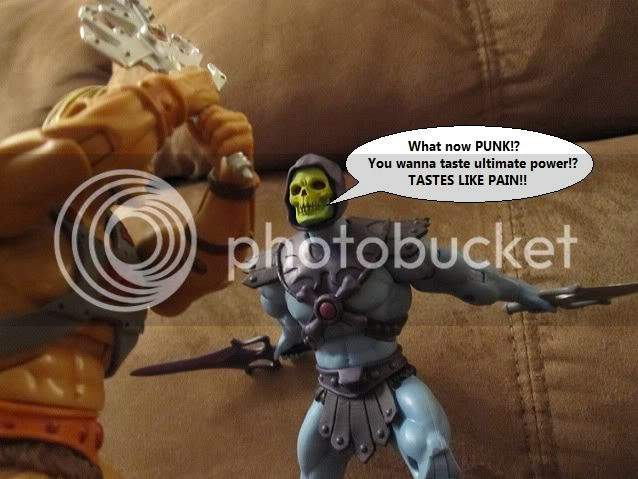 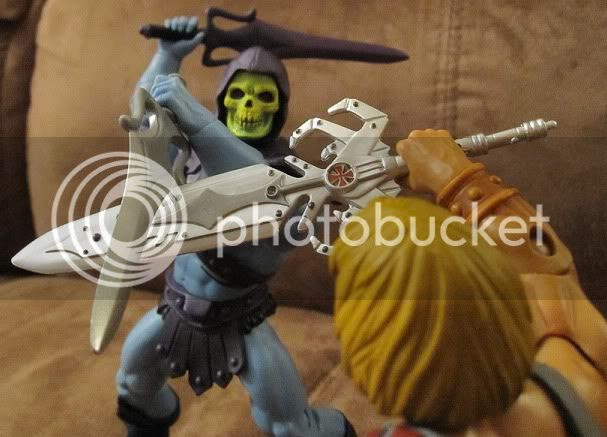 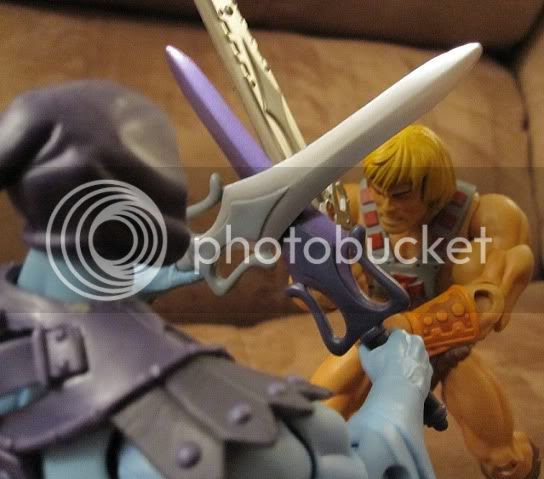 So exciting that I ended up with a bunch of pics of Skeletor holding them.  That was my default Skeletor until Demo-Man came along with that awesome new head, but we'll get there later.

On a side note: you can see from the last few posts that I found the lighting on the couch to be pretty good.  I took some pics on the couch for the next few until I finally set up my table.
Posted by Alexx at 9:10 PM