This first one is a pictorial I did to show someone how articulated the MotUC line was.  Someone said something about the legs barely being able to move around because of the loincloth, and I wanted to show 'em how much range there really was if you just suck it up and not be afraid to bend it. 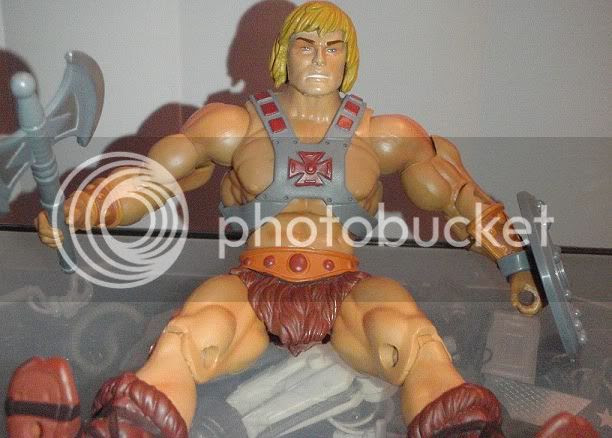 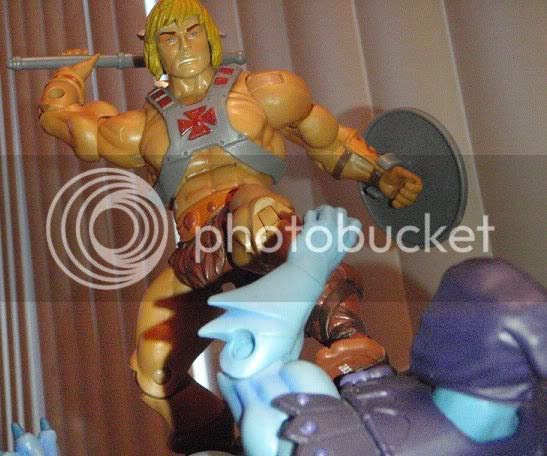 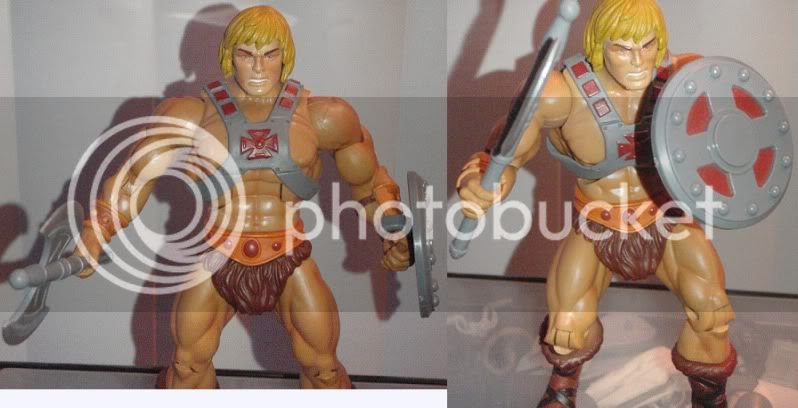 As you can see; a MotUC figure has a lot of leg options!  Some less than others, but a standard figure with a loincloth has no reason to not sit or totally kick someone in the face.

Next up is when I bought a Thundarr figure: 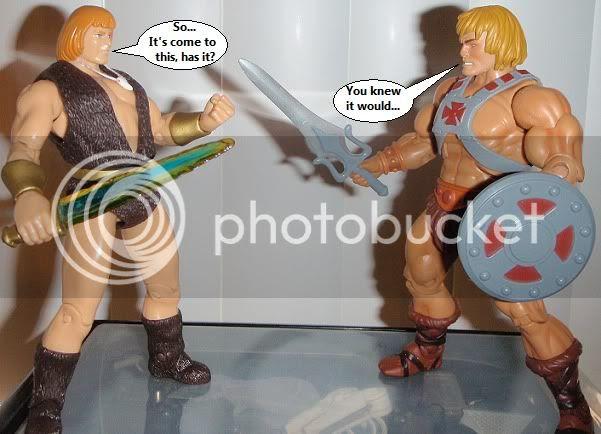 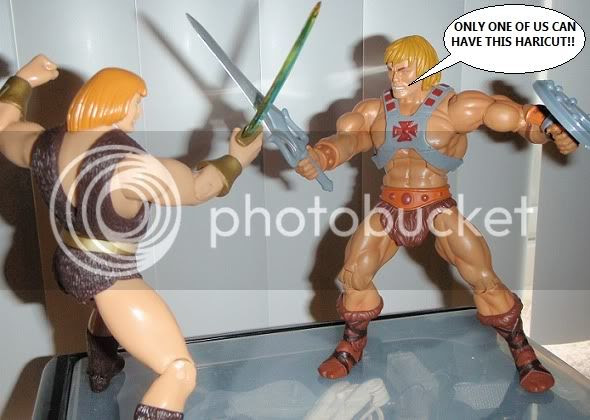 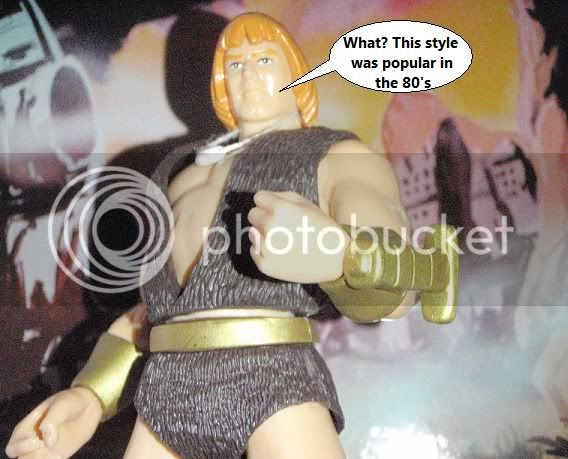 BARBARIANS.  Big thing back in the day.  Lots of 'em going around because of He-Man.  Of course, Thundarr the Barbarian came out before He-Man, so lets say that Conan sorta started that whole business.  I'd say that MotU was what started the tons of barbarian toys 'n such.  This particular toy came out around 2004 and is fantastic!  I found 'em at a comic shop for pretty cheap, and I highly suggest him.

Final batch is some pics I took in the dark (or mostly dark): 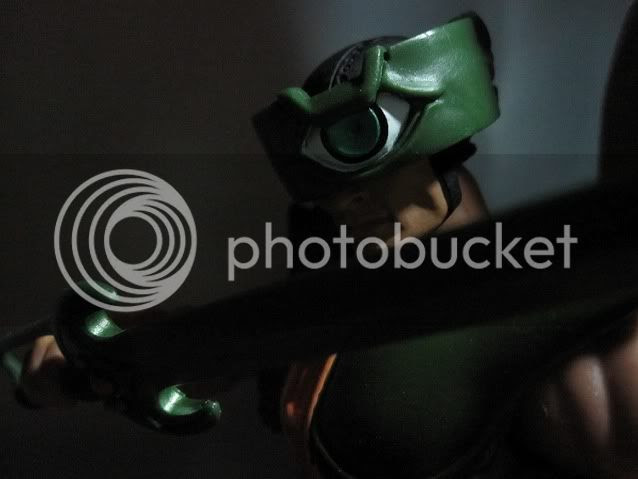 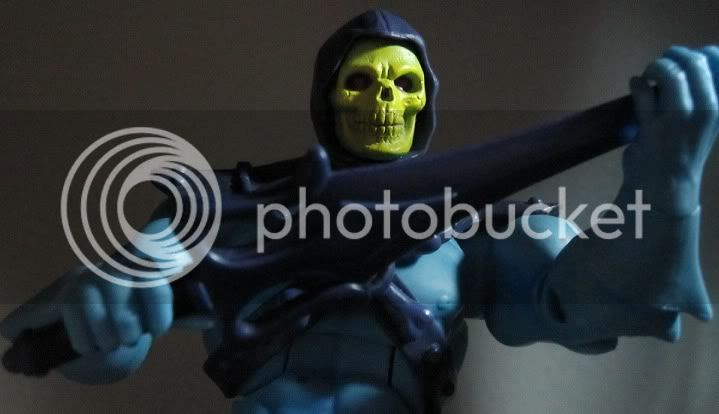 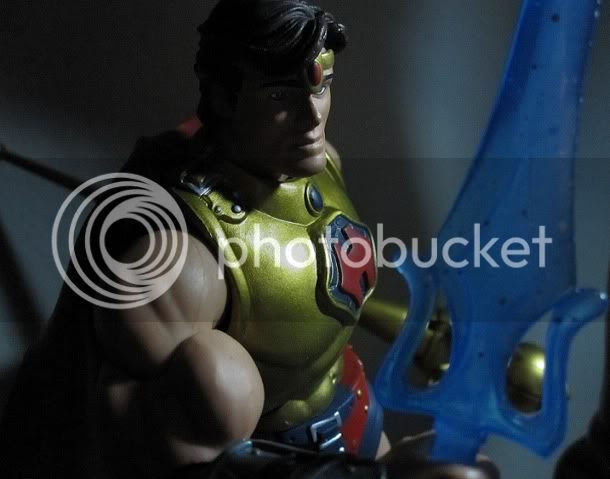 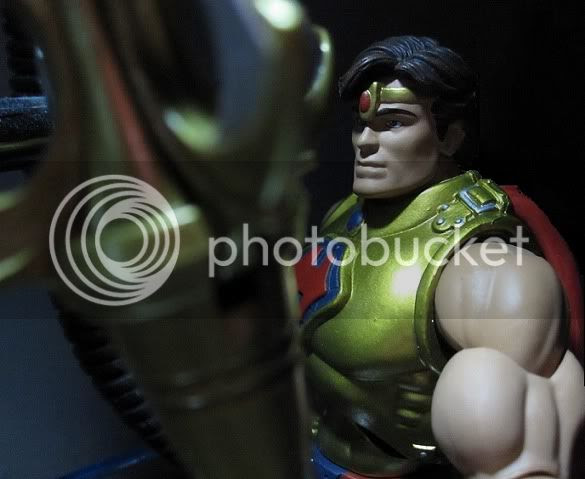 My favorite is the Tri-Klops shot.  Always fun to play with the lighting!
Posted by Alexx at 2:37 PM