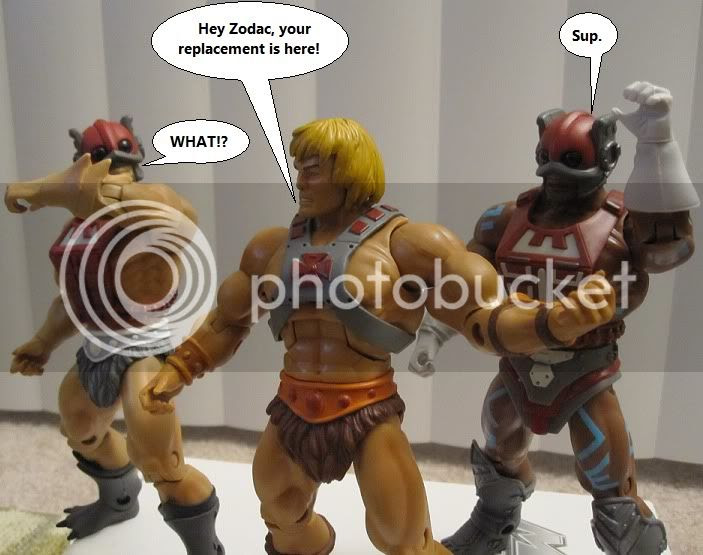 It's Zodak!  Yes, different from Zodac.  You see, they changed up Zodac a bit for the 200X series.  They gave him a different skin color, awesome tats, and more of a....mystic quality.  Rather than a gun, they changed it to a staff, so he really falls under "mystic martial artist", which makes him quite different!


So, for the MotUC toyline, they made them two different guys.  Personally I thought that was a great idea!  They look so different, and they're both part of the Comic Enforcers, who use the same armor 'n such, so there's a perfectly good reason for them to be using the same gear.  Granted, I still think the 200X toy is a friggin' masterpiece, but this one does a great job when put though Mattel's "Classics Machine", so to speak.  The tech gets toned down, and the best part: his staff basically gets turned into a staff with Zodac's gun on either end of it!  That's the kinda stuff I love about the idea of making things "Classicized."  Technically Zodac's gun turned into Zodak's staff, but rather than just give Zodak the same gun, they just put 'em on the ends of his staff - this is important for when I get to Keldor, who I feel did not get the proper change in his accessories when compared to this.﻿ 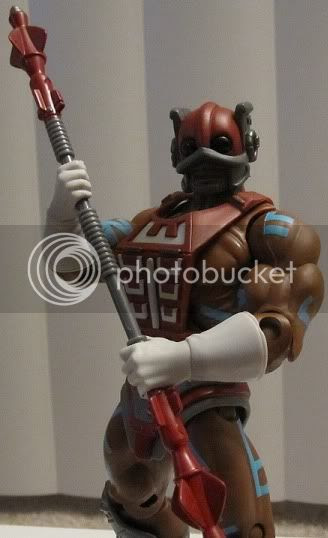 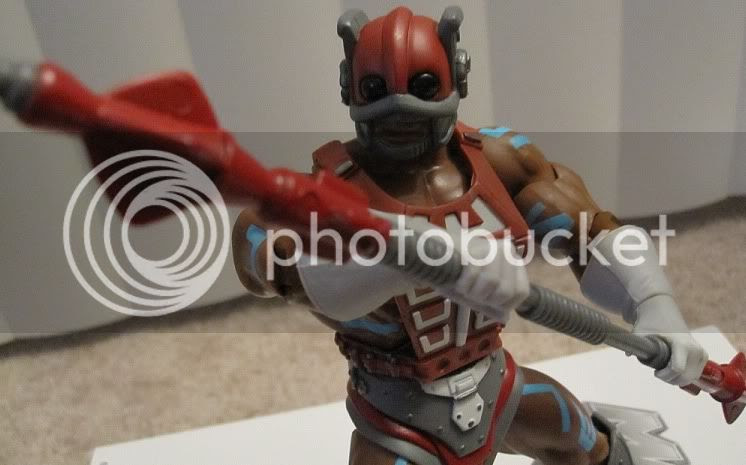 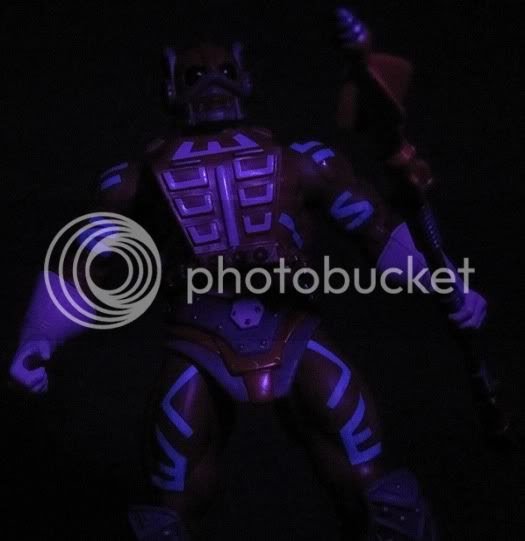 This figure also came with a sort of surprise: The tattoos glow in the dark!  Granted, they aren't very bright, but they DO work.  At the time the fans had been suggesting it, but Mattel never said if it was happening or not.  Low and behold, when people got 'em in hand they tried it out - and BAM - glow tats!  Very cool addition.﻿ 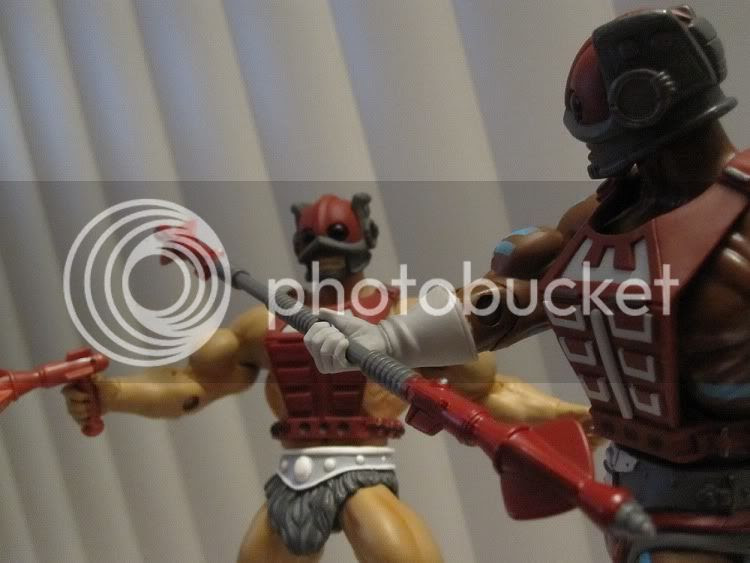 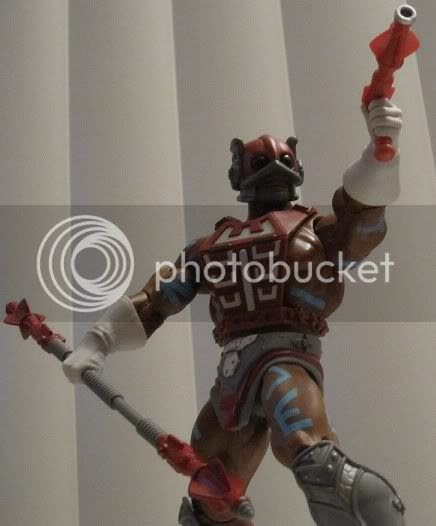 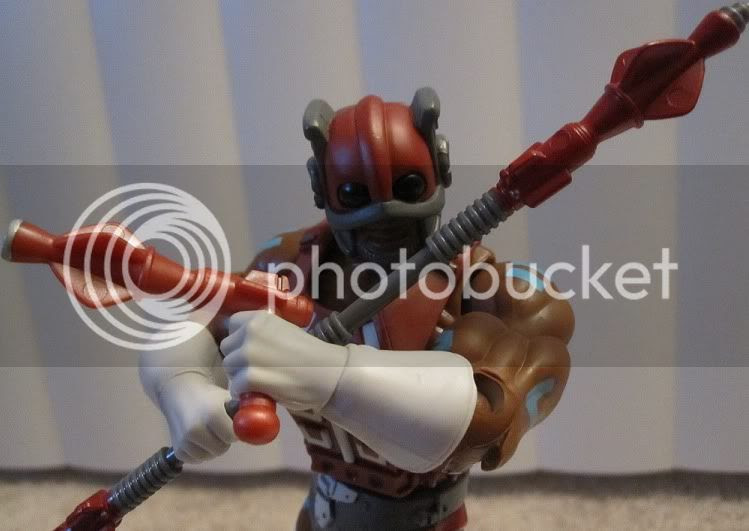 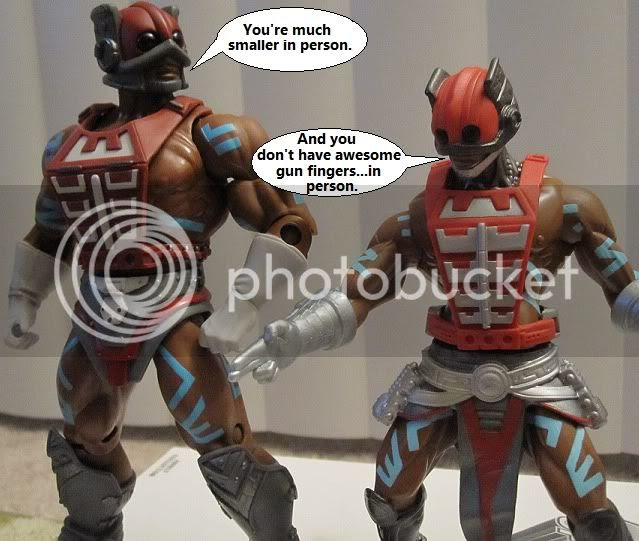 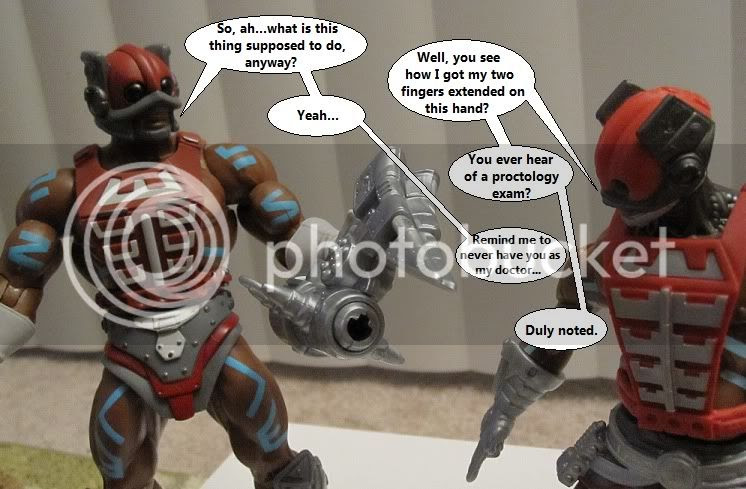 Here you can see the obvious differences between the 200X figure and the new one.  Once again, I think the 200X figure is friggin' fantastic, but I also think that Zodak is just perfect in his MotUC form.  They've got a sort of theme going, and I like the reuse of parts 'n such.  He-Ro's leg armor works great on Zodak!﻿ 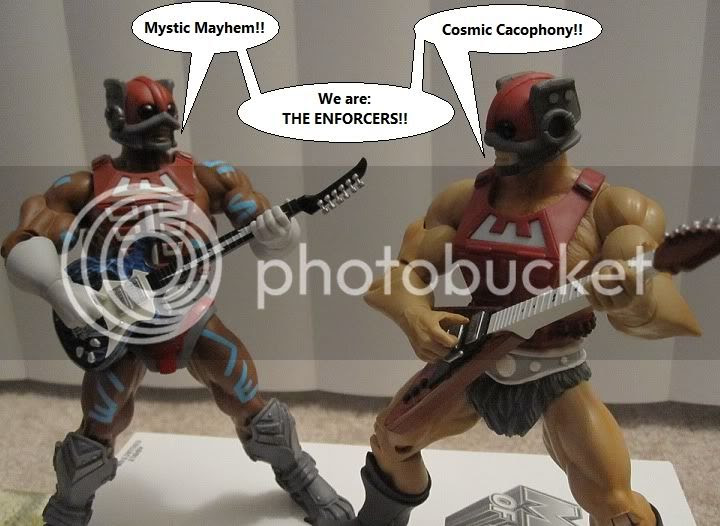 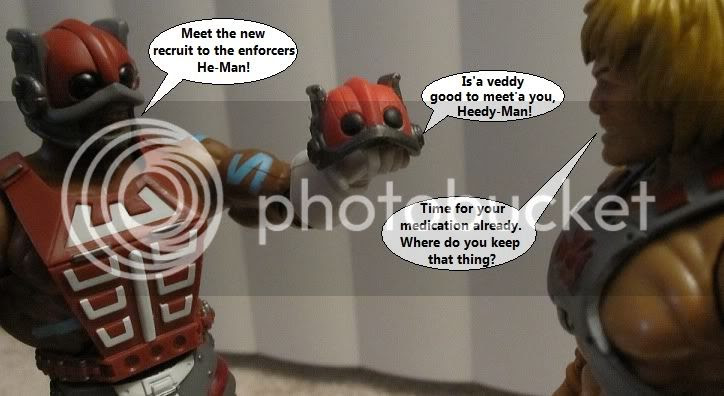