MotU vs DC: Because Superman just HAD to Fight He-Man Sometime 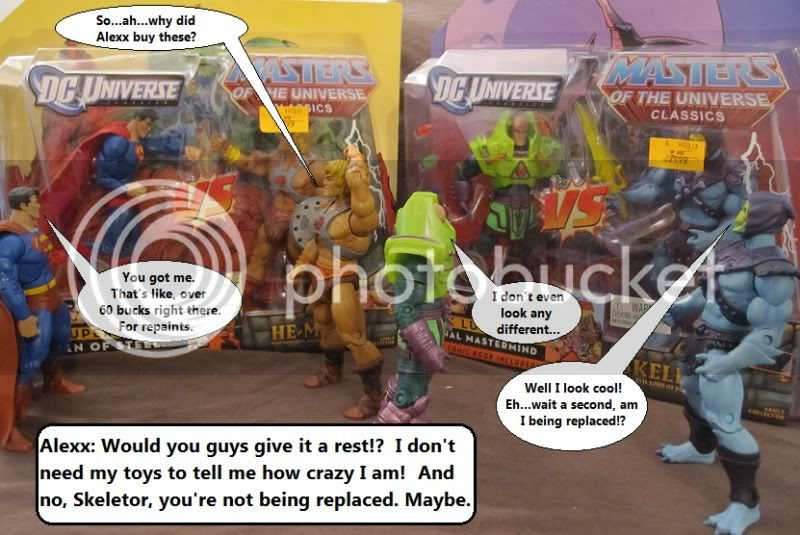 
Well okay maybe you do.  Still, though they were expensive, they provided either cool figures or great extra parts!  On the MotUC side.  'Cause as you can see, I totally had those DC figures already (well, Superman is a little different, actually).  mostly I did a bunch of mix-n-match pics with these.﻿ 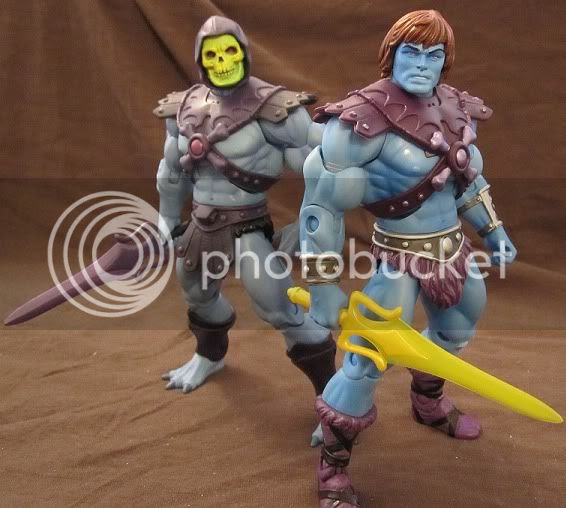 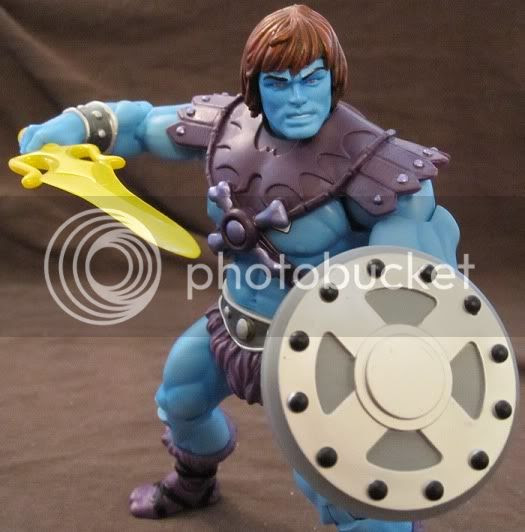 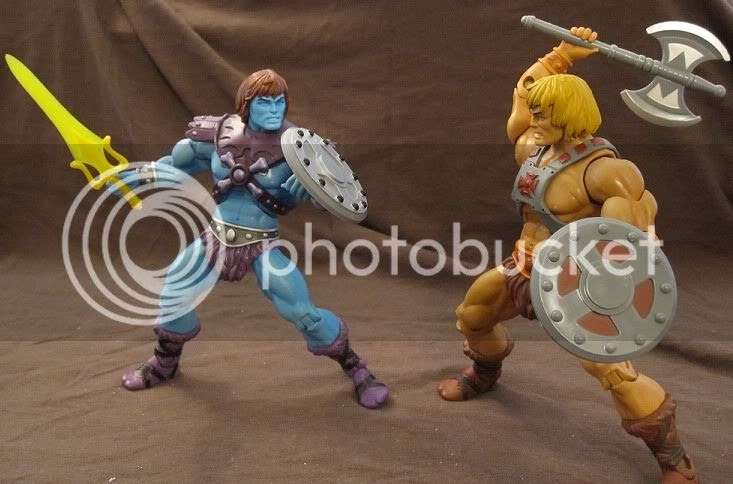 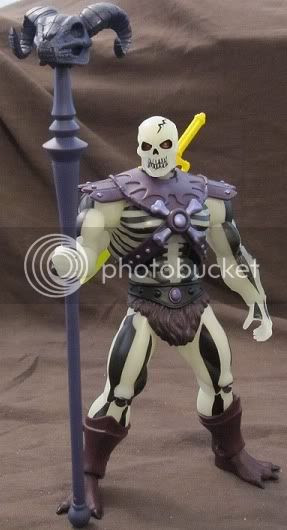 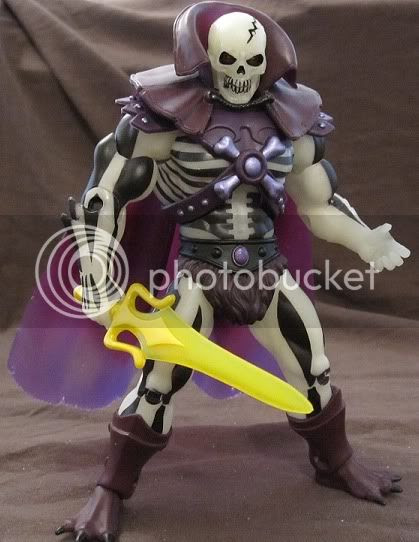 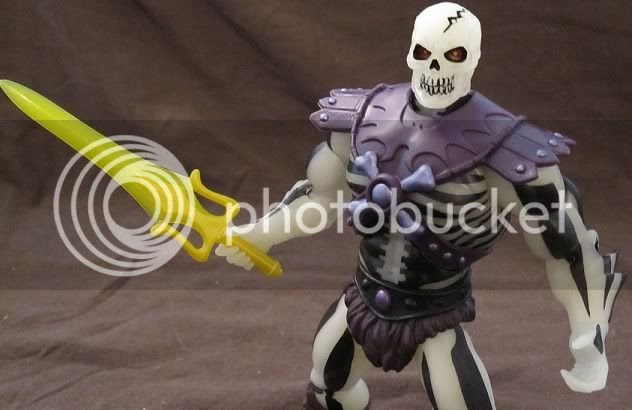 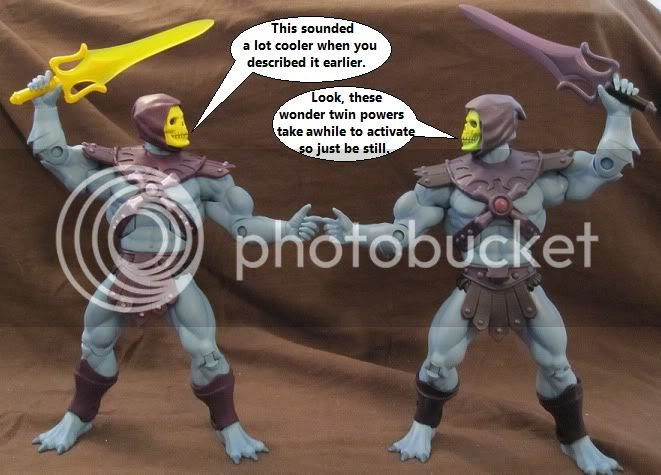 Skeletor came with a yellow sword in this one 'cause that's how he looked in the comic.  Also, Skeletor has a pretty badass color scheme for the skull!  Nice and simple yellow with black, souless sockets.  He-Man was useless, except for this body...which you will see later.  His shield was cool though, and goes well with King Grayskull (another of which you'll see later).

Otherwise, the only thing I did with the DC guys was explore the use of the various colors of kryptonite... 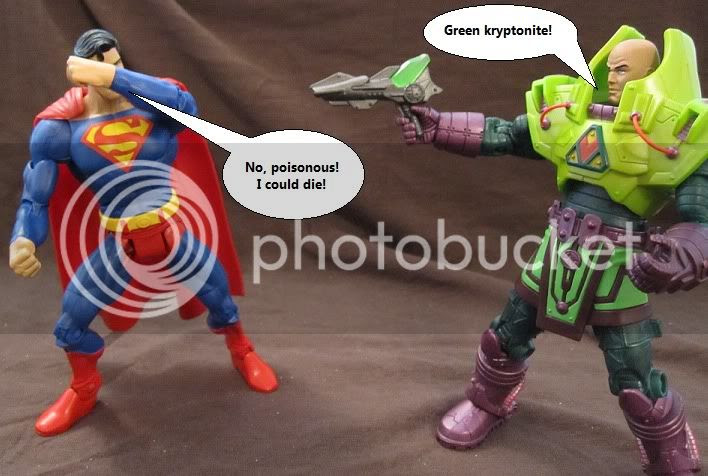 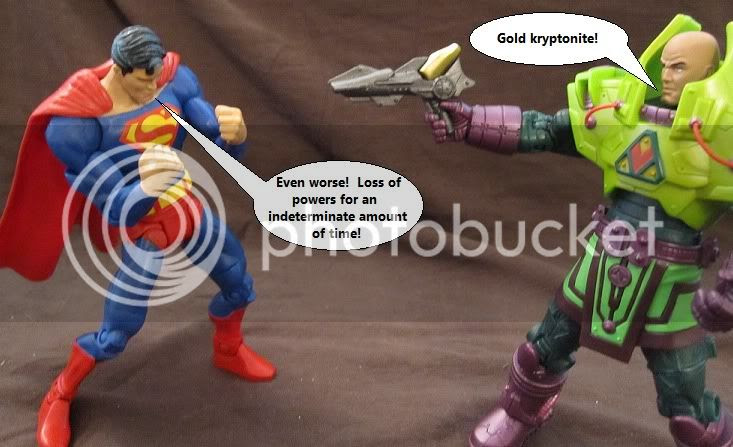 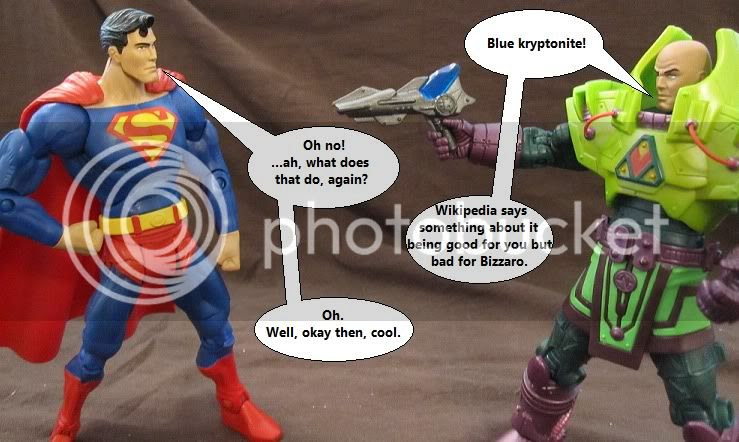 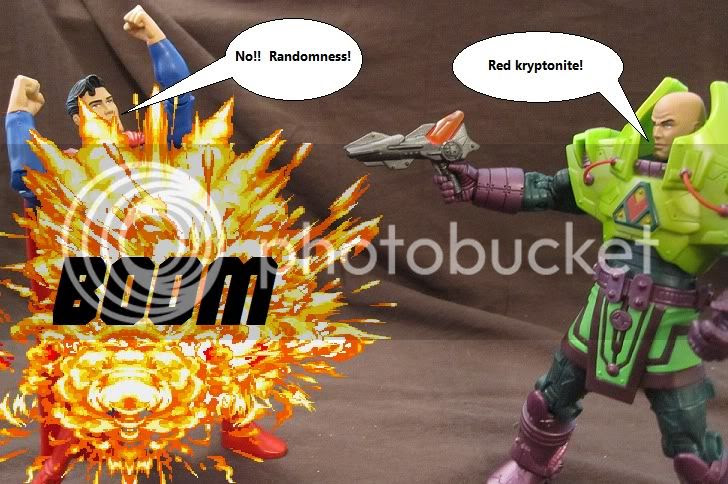 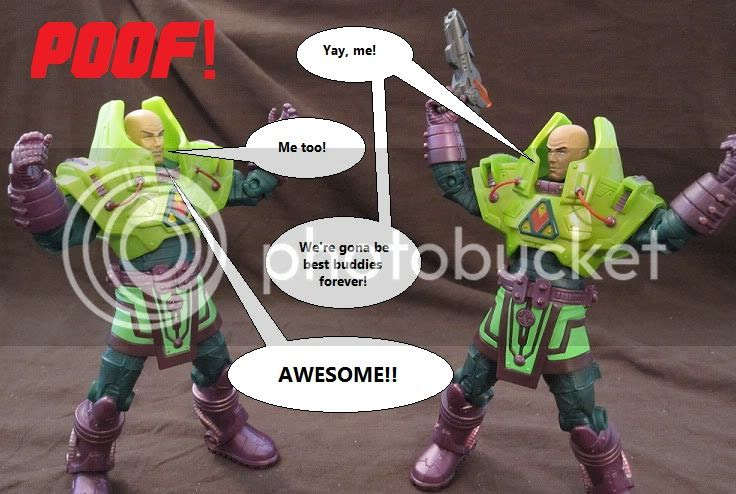 Superman comics are crazy.
Posted by Alexx at 3:06 PM