Like I said in the last post: I found these little Guitar Hero guitars at Toys R Us, and when they went on clearance I got the whole set.  At the time of these pics I think I only had a few.

I'm not sure what they were made for other than display.  They came with little stands to show them off, and they could be taken apart for customization but...well that's kinda boring!  Once I found out they were the perfect size for MotUC figures I was set.  That was all I needed.  Thank you random Guitar Hero toys. 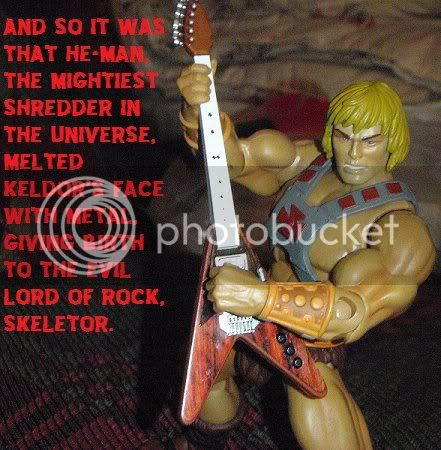 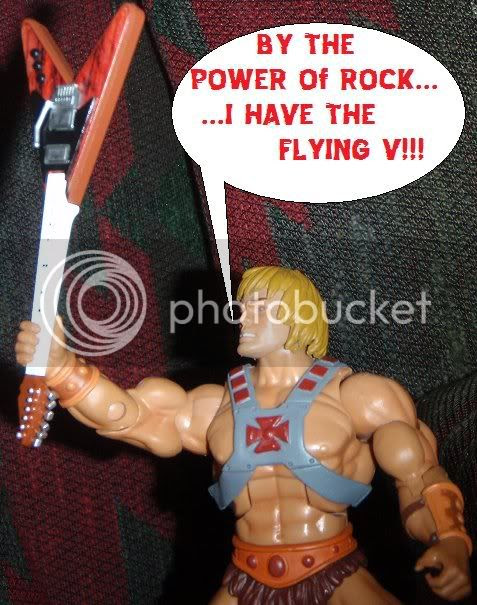 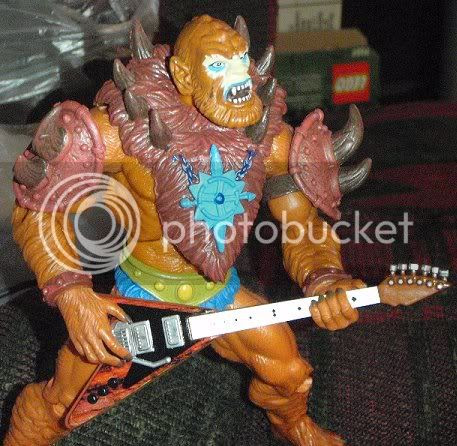 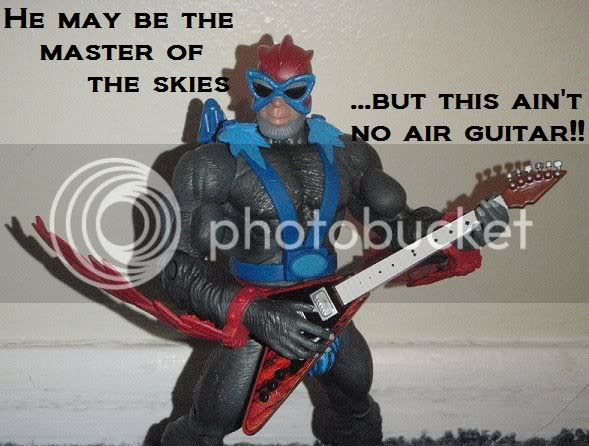 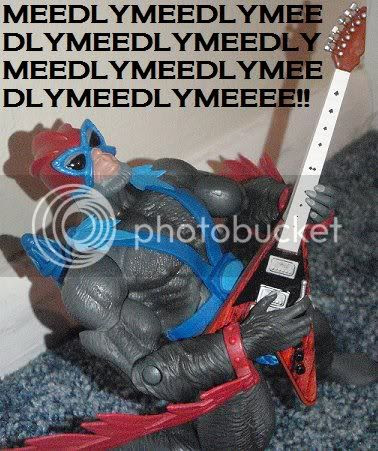 As a side note: those were the only pics I took of Stratos when I got him.  I think he still stands out as the least impressive figure out of all of them so far.  I was mostly annoyed with his inability to hold anything, since the vintage figure had at least one hand that could hold stuff.  I always gave him a spear or something, and I kinda wanted to do the same here, but...no-go.  He was perfect for holding a guitar, though!  That's something.
Posted by Alexx at 6:25 PM