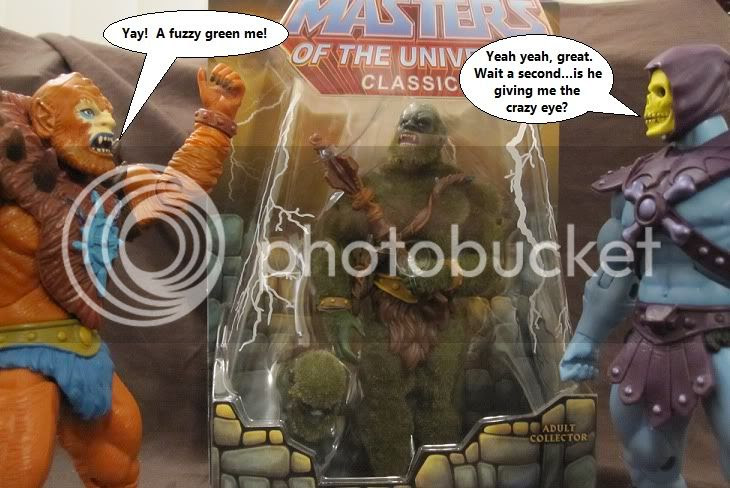 This guy is an endless fountain for jokes.  There's two comics in here and one gag, which is more than I do for most.  I mean, his vintage head is hilarious, but the stoic gaze on the 200X head has an amount of hilarity as well.


Moving on: Moss Man is totally flocked.  Flocked up, if you will.  Flocked in the head, as well.  In fact, his flocking head is part of whole - thing - back when he was being created.  His original prototype showed a sort of...mossy looking sculpt for his flocking.  The final product showed a sort of fuzzy-looking moss.  Some folks were torn on what they liked best, but this fuzzy look was what we were getting, soooo..."oh well" for the folks who liked the prototype.  The next crazy thing was that the ears on the head were flocked!  No idea why.  Anyway, some folks didn't like that, so they changed it mid-production and made a batch with flocked ears and a batch without.  I got the one without, which was cool 'cause I like the look better.

Beyond the bull, however: Moss Man was a fuzzy guy who smelled of pine, in the vintage days.  Wouldn't you know it; he's the exact same thing nowadays!  The MotUC figure counted smell as "not an action feature" so we get the pine smell intact!  And the fuzz!  A fuzz of which can be removed with just water, which someone unfortunately found out through an accident.  Apparently water just dissolves the glue that keeps on the fuzz so keep that sucker away from his lifeblood.  ﻿ 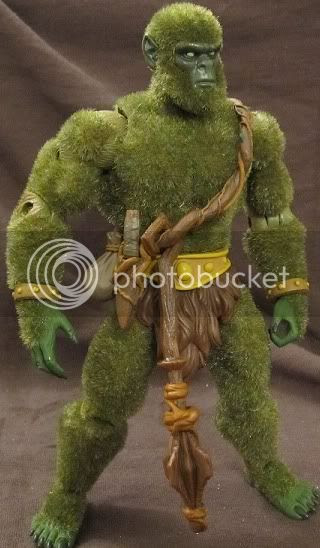 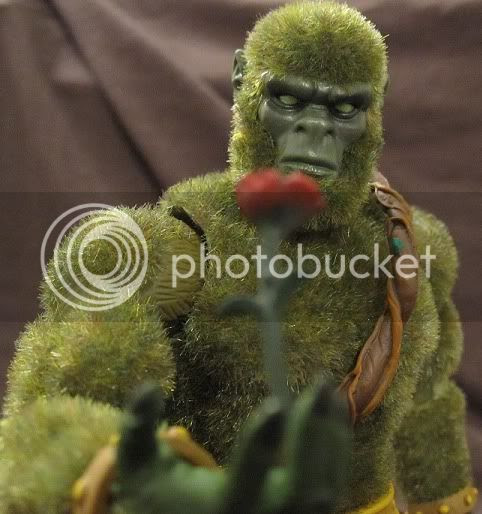 Anyway, the guy actually smells pretty nice!  The smell has weakened by now, but you can still get a whiff if you put 'em close to the 'ol nose holes.  I still haven't put him in the drawers with the other MotUC figure for fear of the smell settling in other figures, but I still stand by the idea of the smell.  I think it worked well and - heck, it's a part of who Moss Man is!  I never had 'em when I was a kid, but I understand the importance all the same.

...and the importance of his friggin' crazy eye:﻿ 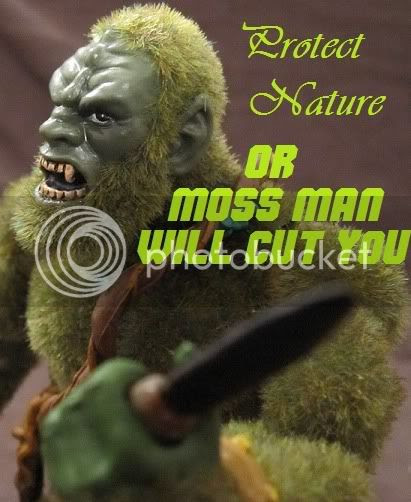 'Cause I guess Moss Man looks to the left.  His vintage figure did inexplicably, and now his vintage styled head on the MotUC figure does the same.  And this is hilarious.  Absolutely hilarious.  ﻿ 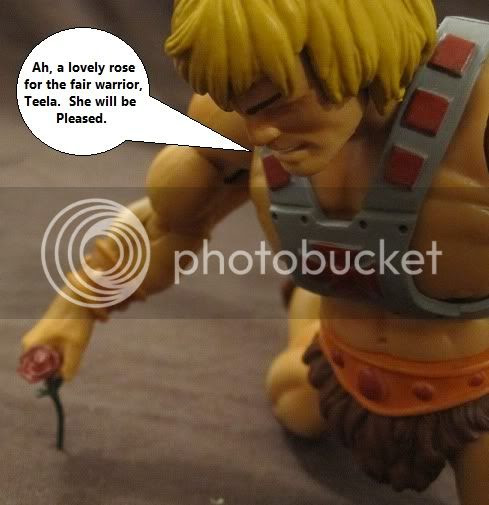 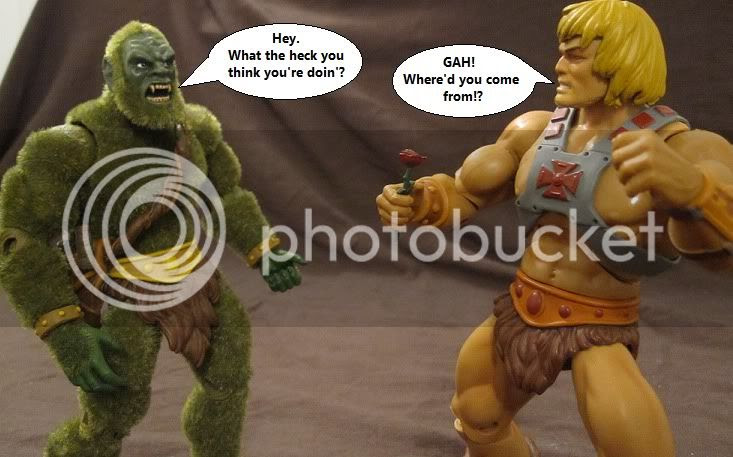 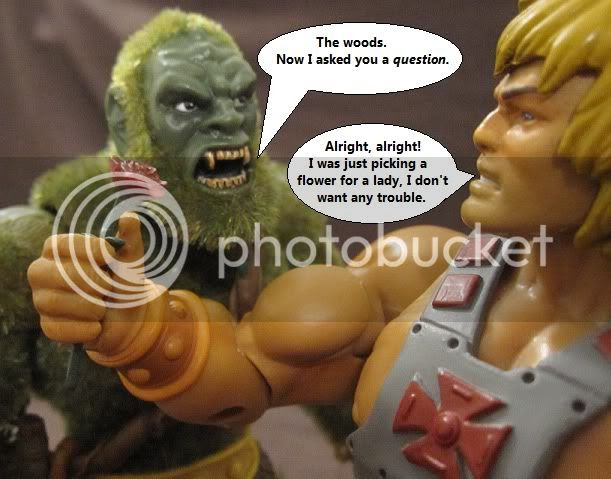 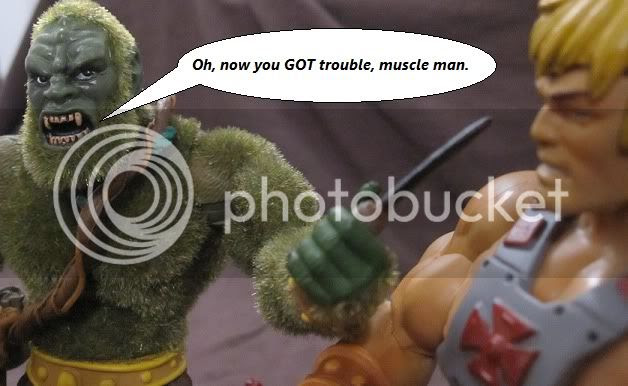 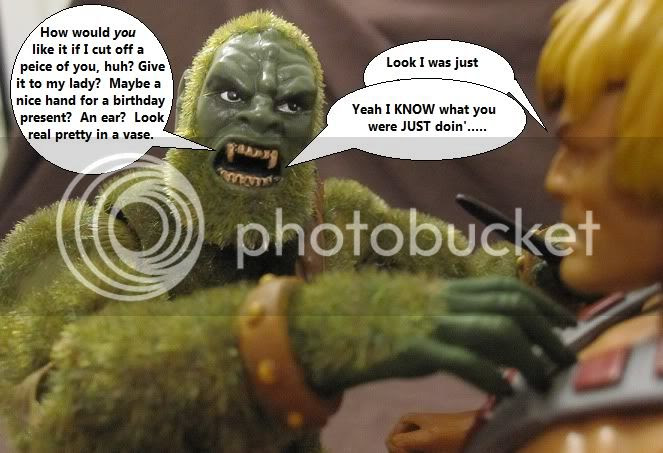 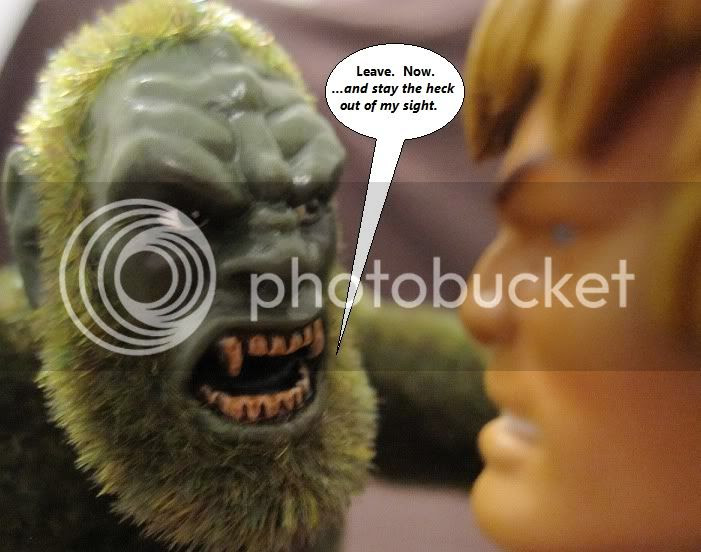 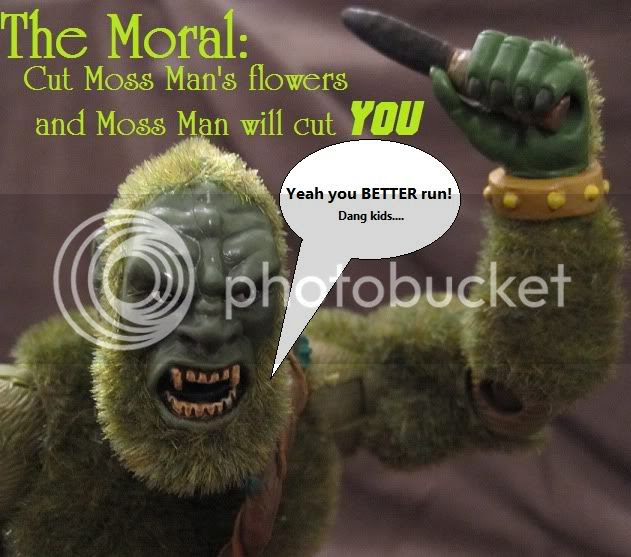 I love Moss Man.  Great figure.  I mean, not only is he hilarious, but there's also the same attention to detail that the rest got up to this point.  The original only came with a mace.  This one has the mace, but now it's molded to look like a wooden mace with vines wrapped around it!  On top of that we got this cool viney shoulder bag with a removable obsidian knife!  MAN I love these little details!﻿ 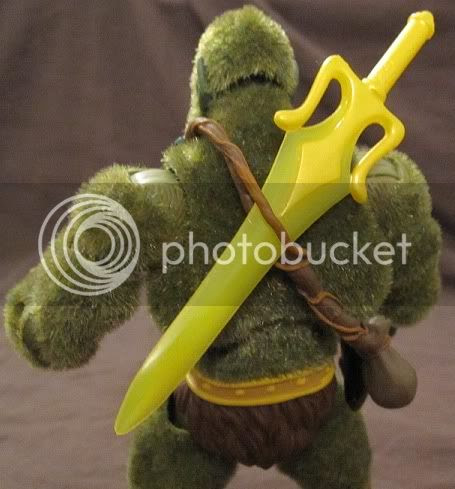 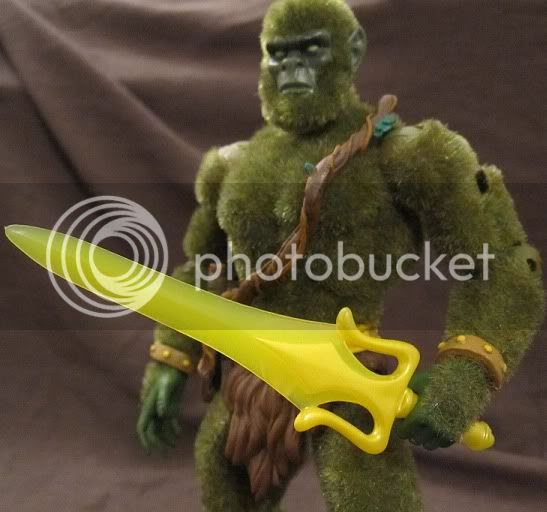 And though I'm sure it was meant for other things, the vine that keeps his bag on has a perfect little slot for a sword!  Dunno why, but I thought the yellow power sword looked good with him.

So yeah, Moss Man is great, and he kinda took me by surprise in that aspect.  I was sorta looking forward to him, but I was afraid the moss would scrape off easily.  Granted, I'm still a little afraid of that, but he actually poses well because they left the moss off of the joints - a brilliant idea, honestly.  It still looks great, but we get the workable joints like any other MotUC figure.

Now finally, we all know the vintage head is funny:﻿ 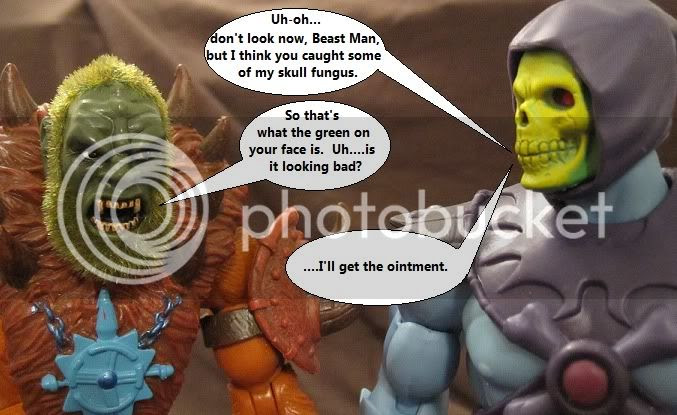 But for some reason I still think the super serious face on the 200X head is funny as well.﻿ 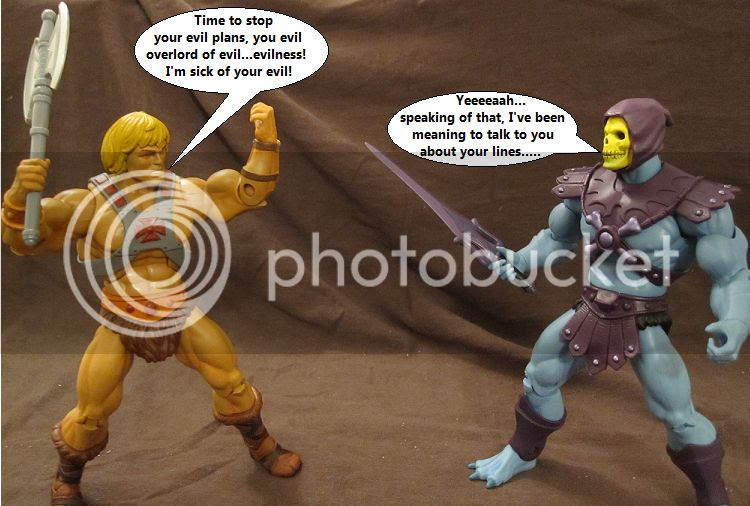 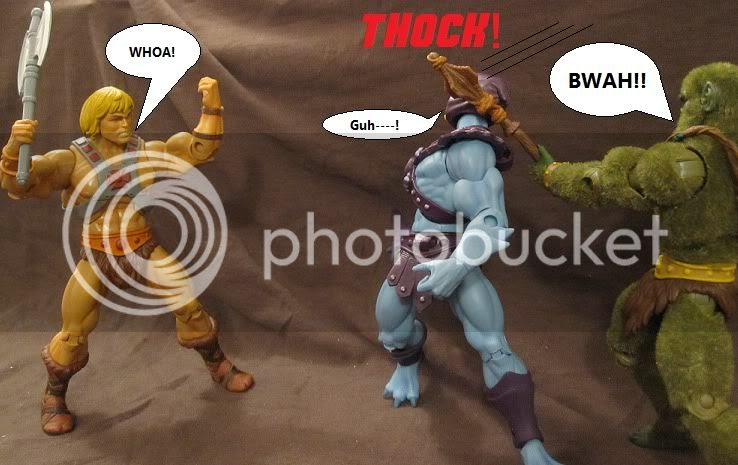 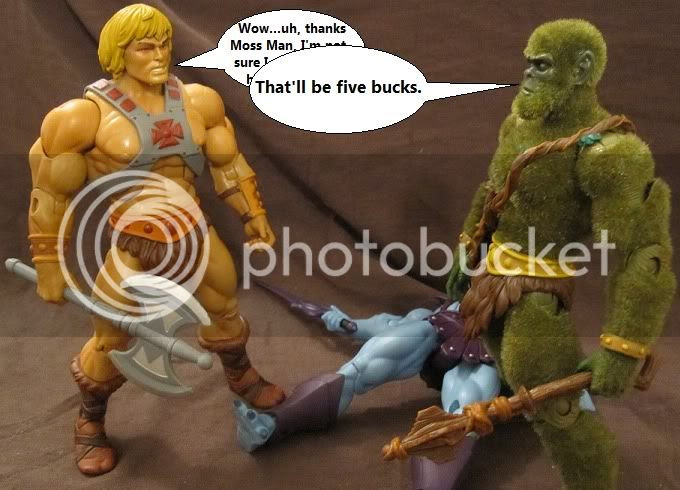