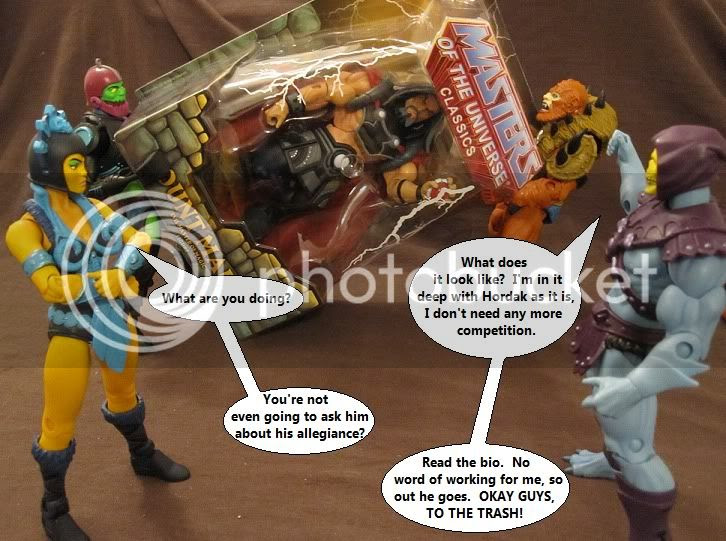 I gotta explain something again.  This is Count Marzo!  Well, this is how he looked in the 200X cartoon, and honestly I don't need a toy of his original look.

That's﻿ Count Marzo in the old MotU cartoon.  I've never seen the episode, but from what I've read, it's bascially a "Don't Do Drugs, Kid" episode.  Marzo grows and sells these Black Flowers that do good 'ol fashioned drug things.  You know...like...um...I dunno, getting a non-descript high?  Anyway, they stop him and everything is OK.

Alright, I take it back.  Maybe I would want a figure of him, because he looks hilarious.  Some random Spanish invader from the 1600's.  The point here is how they redesigned and repurposed him for the 200X cartoon, which is totally awesome. 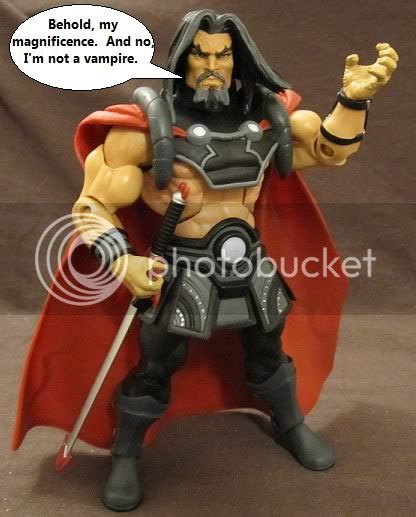 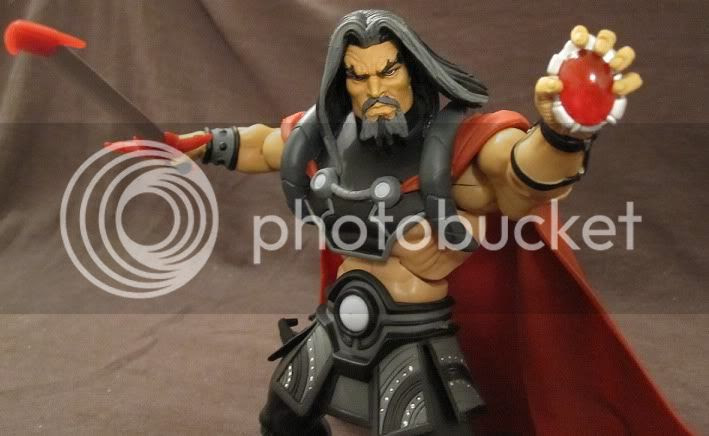 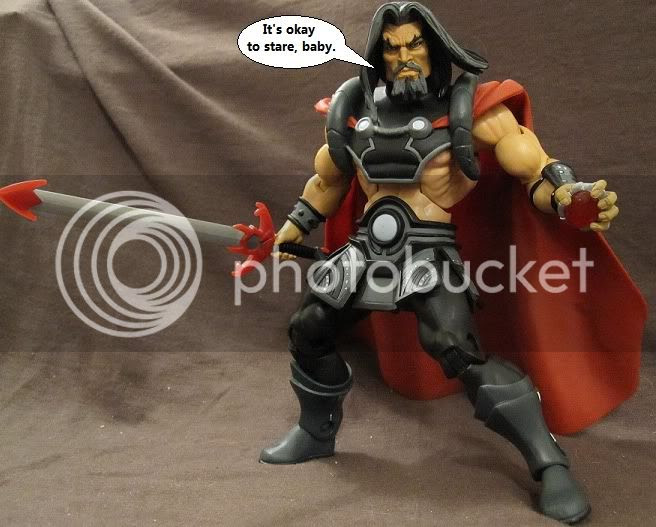 Behold!  From a dorky drug pusher to a magnificent sorcerer!  They went under the hood, removed the engine, and put in a whole new one.  Count Marzo is now the instigator of a past war (in the 200X toon, anyway) and his amulet is the source of his power (so far that I can tell).  In the past he was defeated by separating him from his amulet and transforming him into a helpless, tiny old man.  Eventually, in the present, Marzo cons Mekaneck into getting the Amulet back, which brings Marzo back to his full glory! 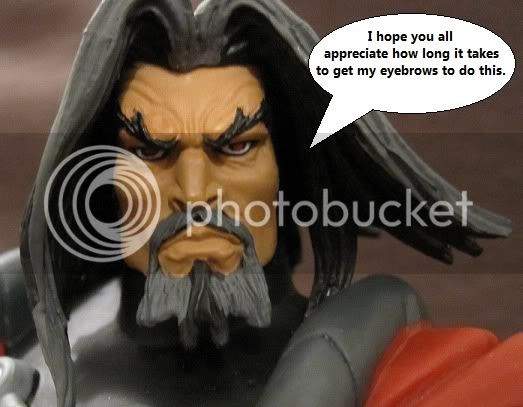 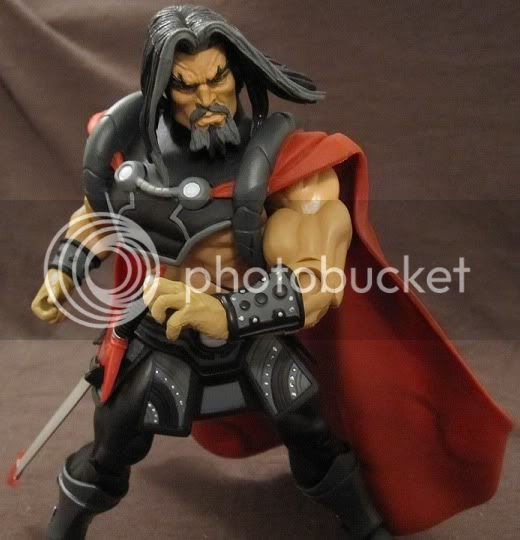 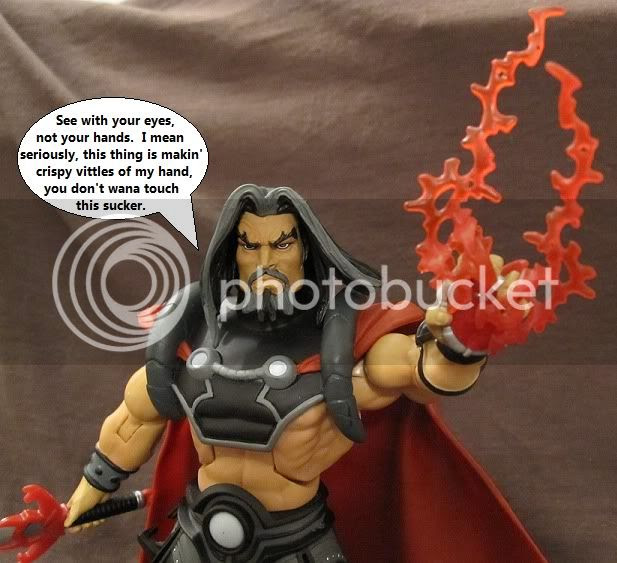 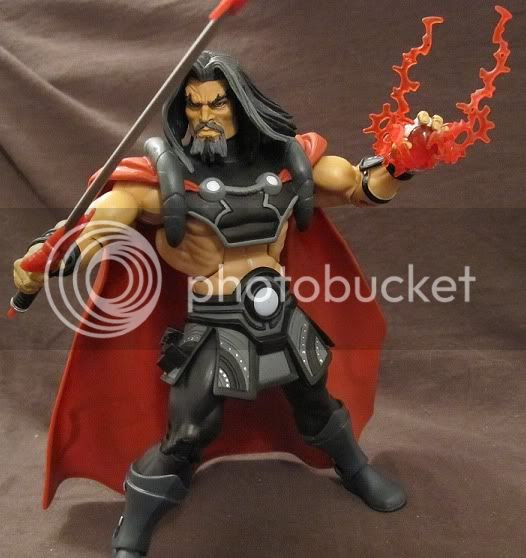 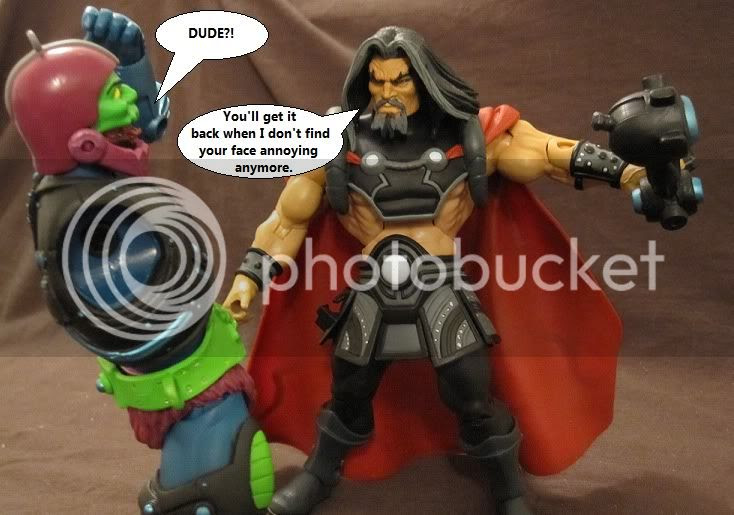 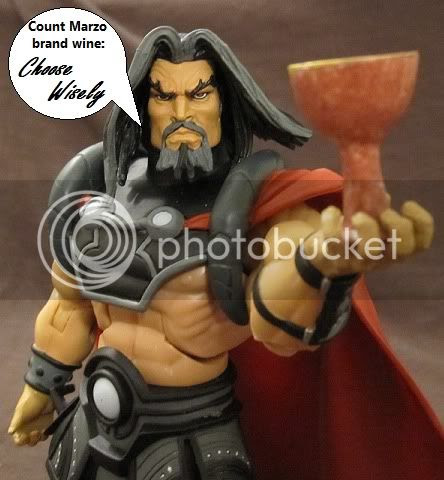 So of course Marzo comes with quite a few new parts, the most important of which is his new hand for holding his Amulet.  The Amulet seems to be all raw power, as well as having the ability to conjure weapons 'n such.  It's pretty important in the 200X toon, as it's one of a few items of power that Skeletor uses to try to break into Castle Grayskull.  But man, look at that hand!  Isn't that awesome?  He can take things, hold things, GRAB things: 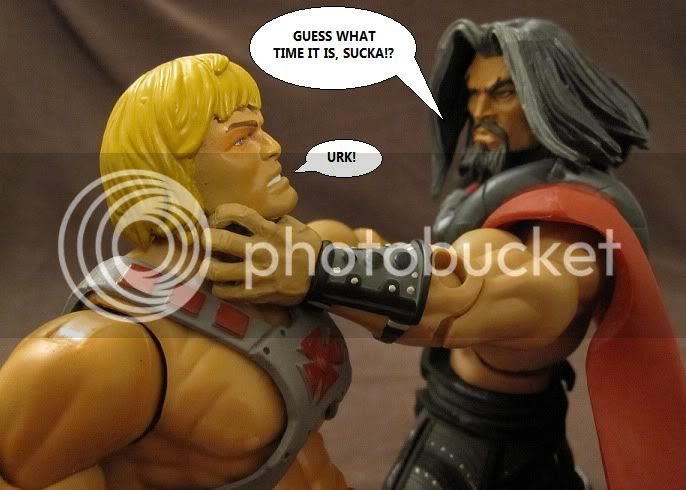 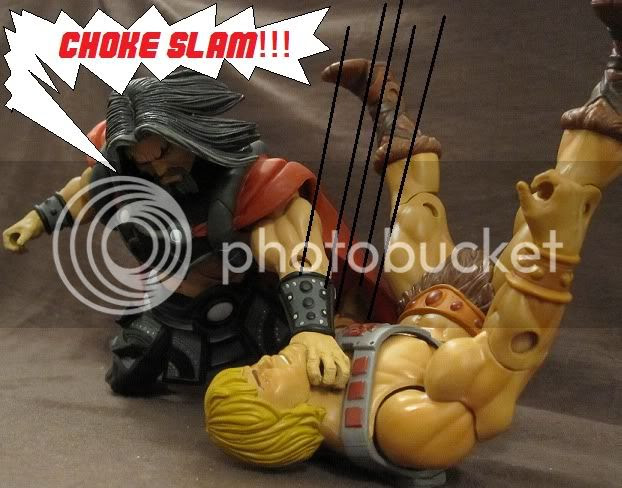 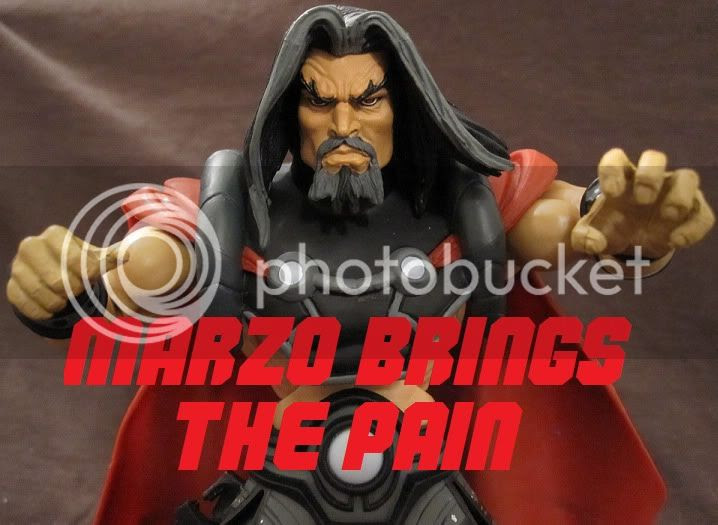 Try to grab other things... 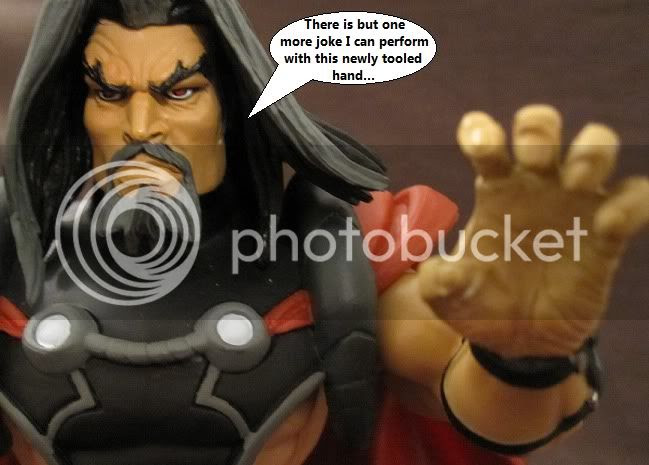 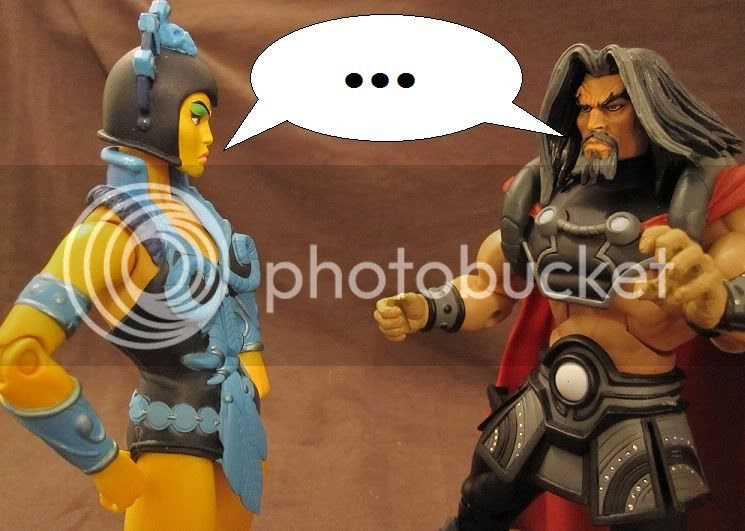 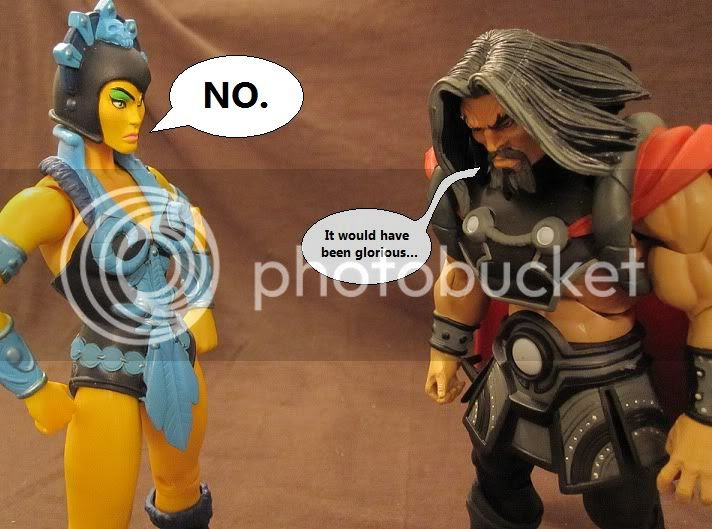 Overall he's just a badass.  I mean, he doesn't get to do a whole lot after Skeletor whips him around like a bitch and steals his stuff, but I like like him and he's a refreshing addition to the MotU story as another great power who isn't just a part of one of the big factions. 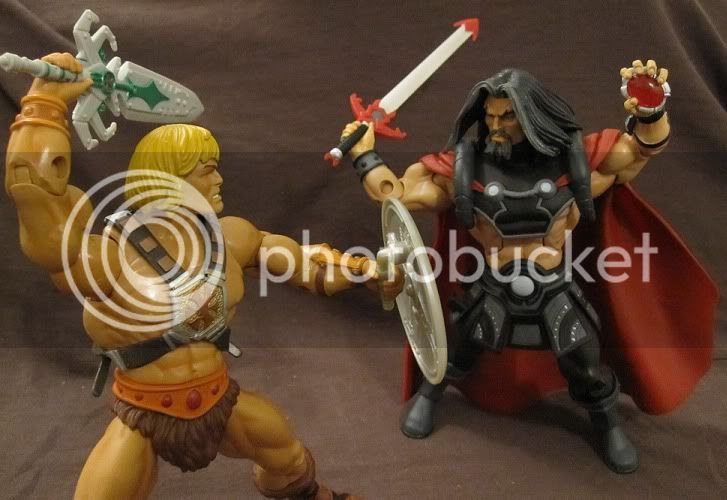 He's a cool figure to have around, and another that I highly suggest even if you're not interested in MotU.  He'll fit in with any sword 'n scorcery setup.
Posted by Alexx at 6:30 PM