GYGOR!!  Finally, we get the big yellow and green gorilla in MotUC!  Who's Gygor, you ask?


...yeah, everyone else was saying that too.  I know I didn't have a clue!  'Course I didn't really need a clue, because - yellow and green gorilla.  In armor.  With an axe.  I don't think you need any more than that to go on.  I mean, it's a cool figure, but...just....LOOK AT HIM!  AAAHH HAHAHAHAHAHAHAHAHAHAHA *snort* AHAHAhha....ha...heee.  Heh. 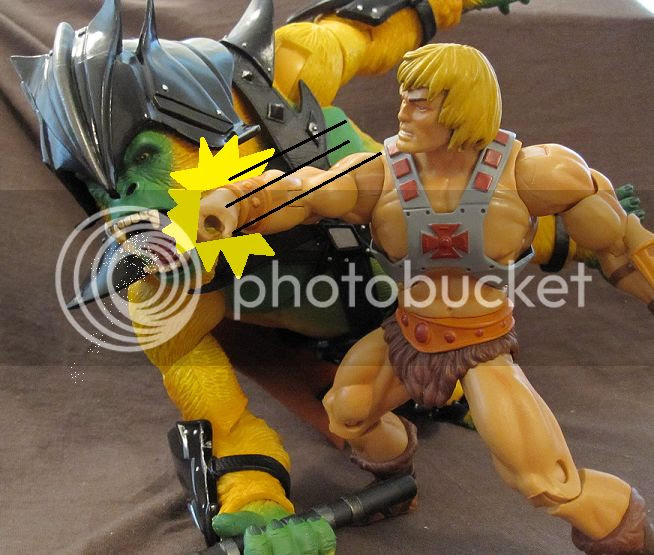 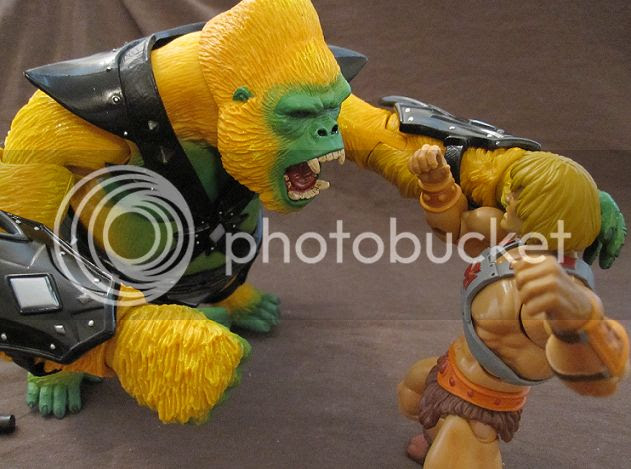 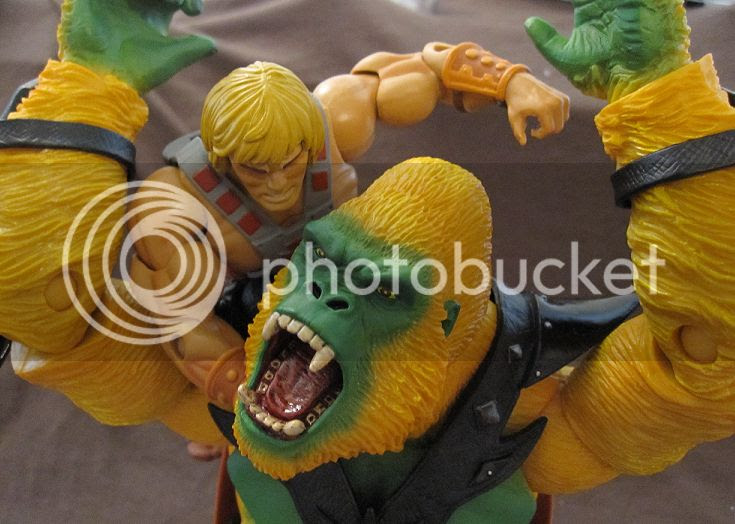 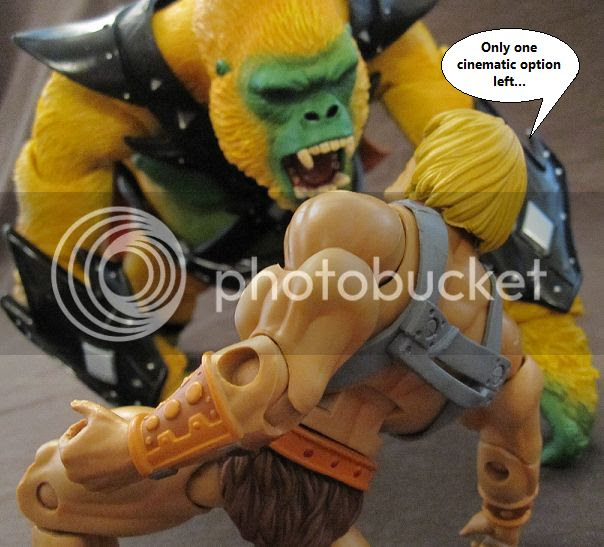 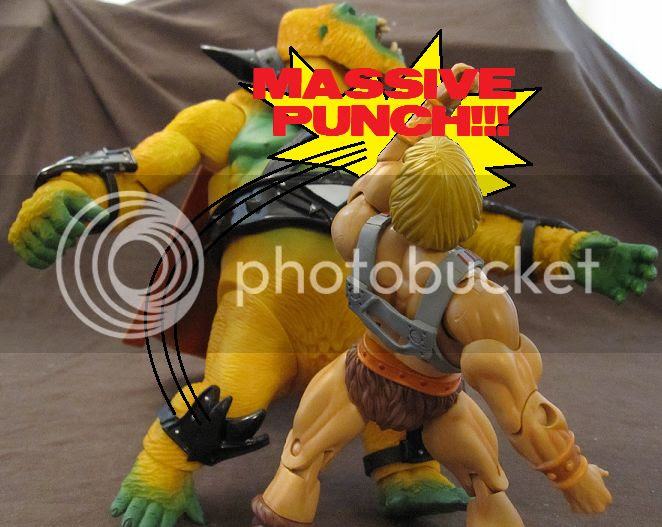 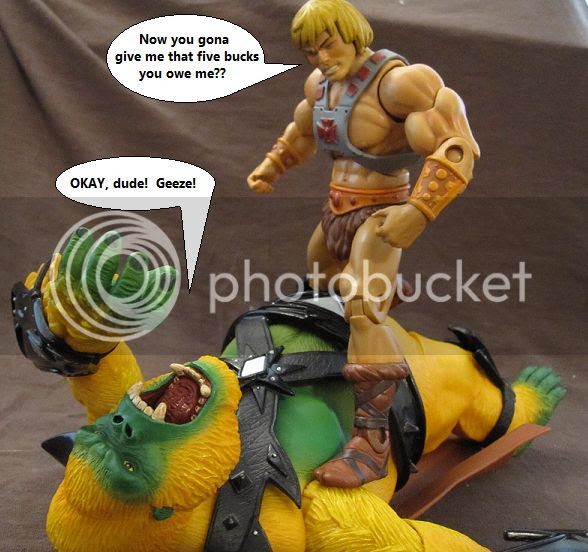 Yeah, it was love at first sight.  I've said I love any figure that can make me laugh, and this guy doesn't pull any punches.  Plus he's like, the little-kid-cool.  Kinda like how you mix dinosaurs and robots and laser or something and you get automatic cool?  Well take a giant gorilla, make him bright and crazy colored, and add armor and an axe and you just cannot go wrong.

But hey, who is this again?  Is he brand new?  Sorta.  See, Gygor is actually one of those unproduced figures that didn't make it past a photo in a magazine or something.  It's as you see: he was a big gorilla (though much less detailed) with the armor and axe 'n all that.  They never said if he was a bad guy, so they just chose bad guy for the MotUC line.  So Gygor is a bad guy!  In fact, a pretty powerful one.  Bio card says he was one of those "sealed away" types because he was so strong, and Evil-Lyn released him ('cause she does that sometimes). Anyone else think he needs to be in a band?
Posted by Alexx at 3:57 PM