It's actually completely random, but most of these pics are longer items of clothing on various figures.  Like they're getting ready for fall?  I dunno.﻿ 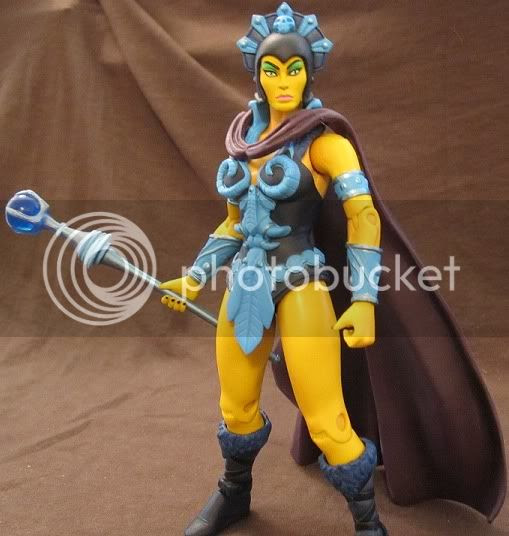 Lyn here is sporting Keldor's cape, though that became useless with Battleground Evil-Lyn (we'll go over her later). 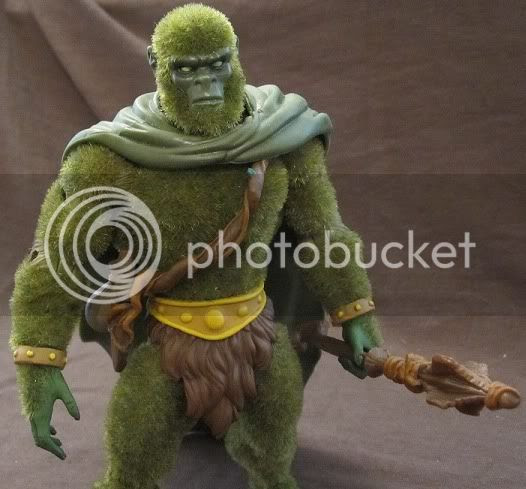 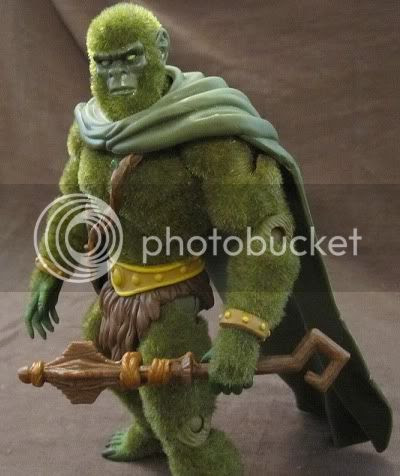 Moss Man is getting ready for fall by donning a mossy cape!  Well it's just green, but it could be moss!  You don't know.  Anyway, it's from some build-a-figure from a Fantastic Four wave of Marvel Legends. 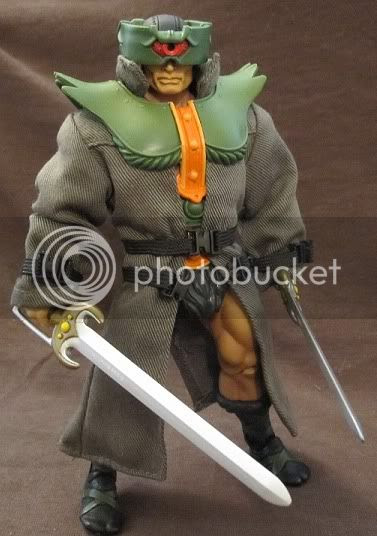 Yay, more Sigma 6!  This is the trenchcoat from Long Range, one of the more badass Sigma 6 figures.  This would be more of a winter Tri-Klops, I guess. 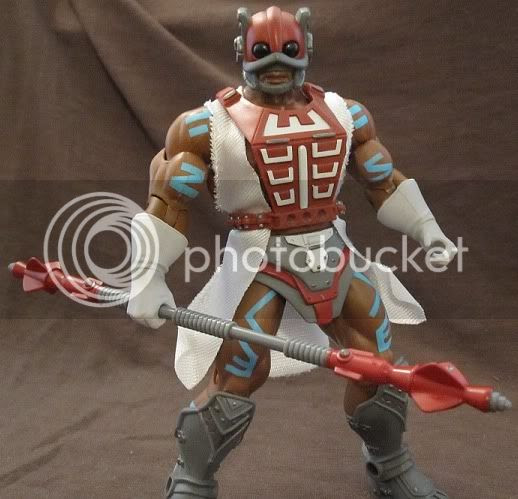 This is from Sigma 6 Storm Shadow; one with double jointed knees and elbows and a crazy danger-to-himself-and-others jetpack with buzzaw wings. 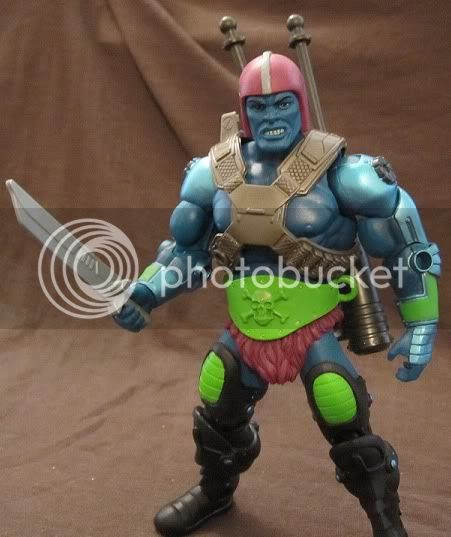 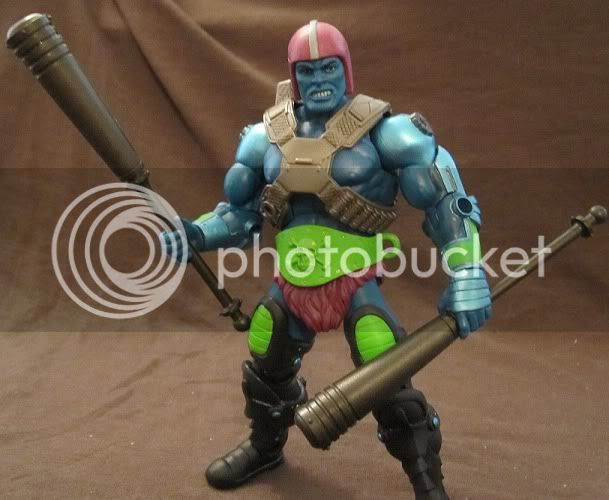 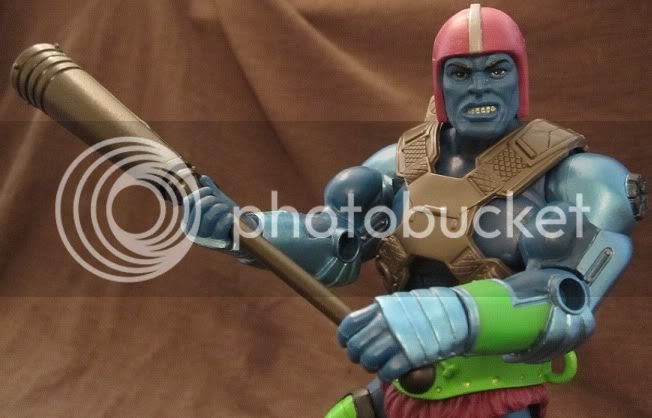 Next we have Kronis with a Sigma 6 Destro's harness (the Destro that robs banks?) and some Xevoz weapons. 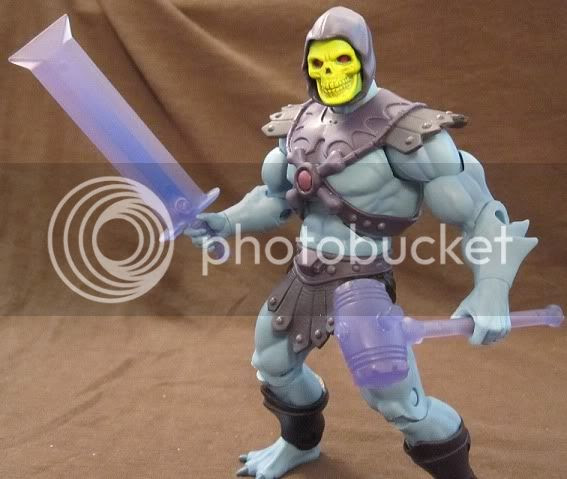 And finally, Skeletor with more Xevoz weapons.  Something like evil energy weapons, or something.