Part of the function of this blog is to have a nice and easy place to compile all the pictures I've taken of MotUC figures.  Most of 'em had jokes involved, so that's the top reason.  Still, I did take a lot of pics of these guys, so I might as well compile EVERYTHING rather than just leave it to the jokes.

So here we go with the very first pics I took of He-Man when he arrived sometime in December of 2008.

Ah yes, the GUN SHOW joke.  This was the very first pic I took just to get something out there to say I got my figure.  I don't think I even bothered taking pics of Beastman, who came at the same time. 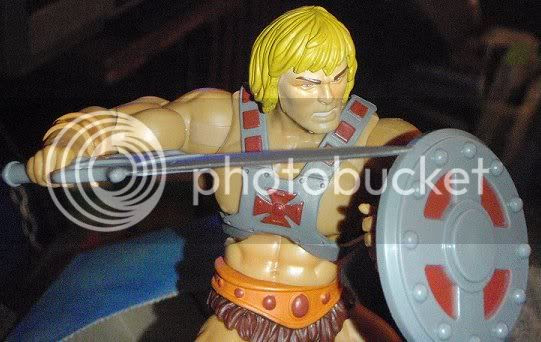 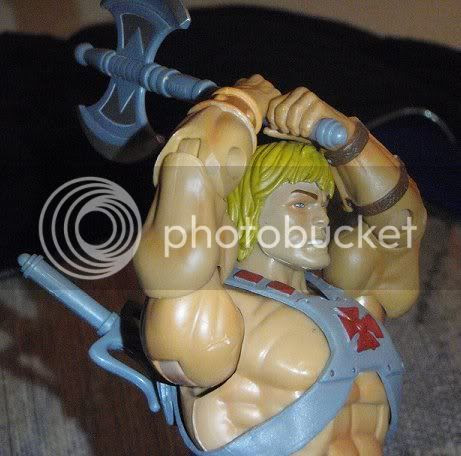 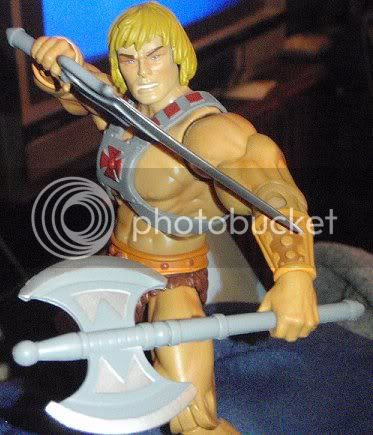 I didn't set up anything for these originally 'cause...well, I didn't have anything!  I had the room for a background and the excitement of a new figure of one of the very first action figures I ever held.  He came with everything I remembered and he friggin' looks awesome holding them!  Even now the standard He-Man remains as one of my favorites in the line.  The simplicity of the sword, axe, and shield is the draw here.  There really isn't much more to him than The Most Powerful Man in the Universe.
Posted by Alexx at 2:37 PM