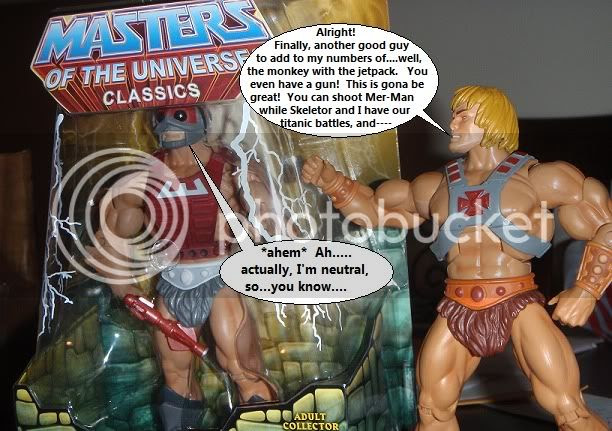 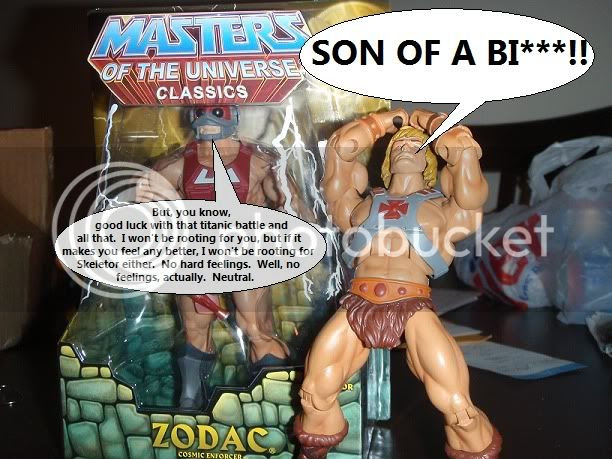 Zodac is an odd one.  The old cardback shows him shootin' at He-Man and using all his "evil power" to put the hurt on the suckas that fight for good.  Then he shows up in the old toon and says he's some sorta neutral force that keeps both sides in line.  I think I must have noticed this when I was little, because I remember being confused about what to do with him...though I'm pretty sure he was a badguy more often than not. 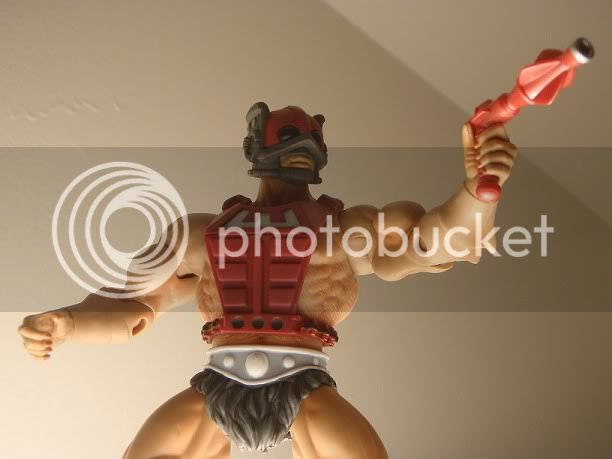 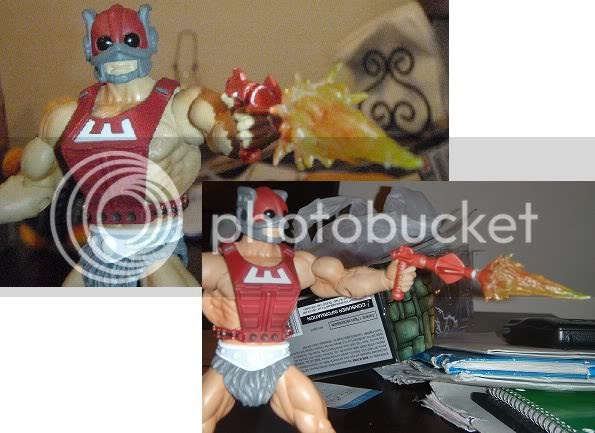 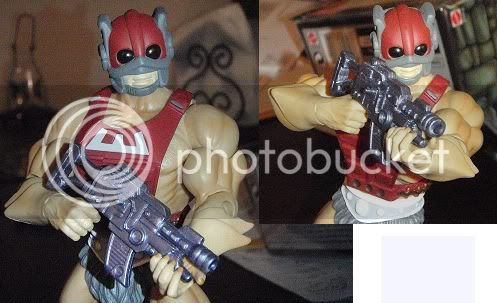 Using the 200X gun again for that shot.  The one above it is using some blasts from a Marvel Legends War Machine figure, I think.  Speaking of guns: Zodac always had bullets on his belt, which I thought was neat.  His gun is obviously some sorta crazy space gun, but he's got bullets?  I remember imaging them as some sorta special shot; like an ice bullet or a fire bullet or something. 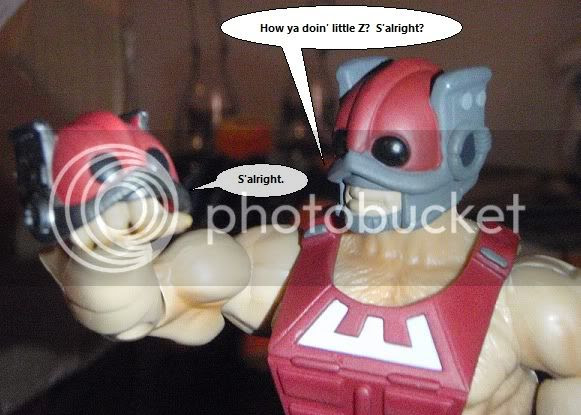 Little helmet from 200X Zodak (with a "K").  I dunno why, but that cracked me up back when I made it originally.