Tri-Klops Sees All, but can He See Why Kids Love Cinnamon Toast Crunch? (Aug. '09) 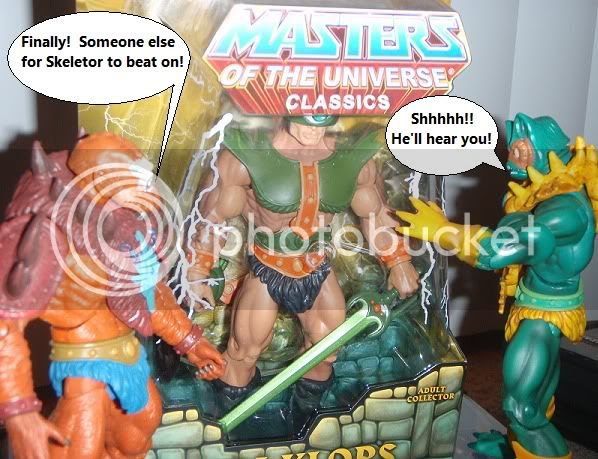 We got another winner here, folks!  I oughta just list my favorites because I'm gona lose track of the ones I keep saying are "the best in the line."  Mer-Man was one, Man-At-Arms is another, and Tri-Klops gets tossed right on that list as well.  I can understand that he may be a little plain to some, but I friggin' love this guy.  He was a particular favorite when I was a kid, and they just knocked the new one out of the park.﻿ 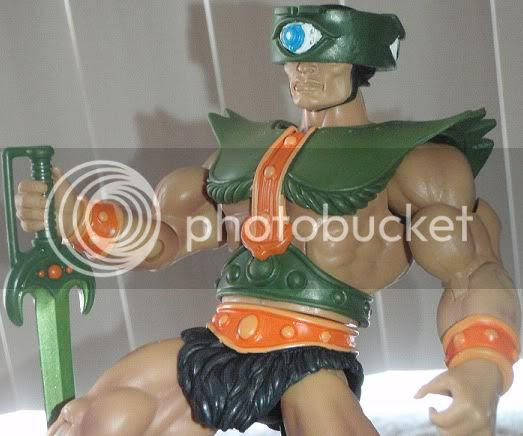 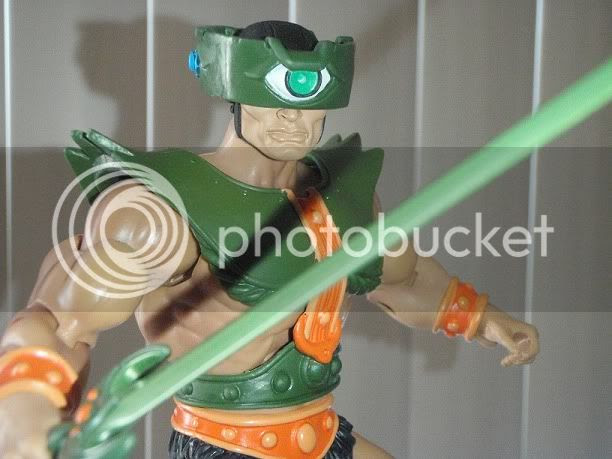 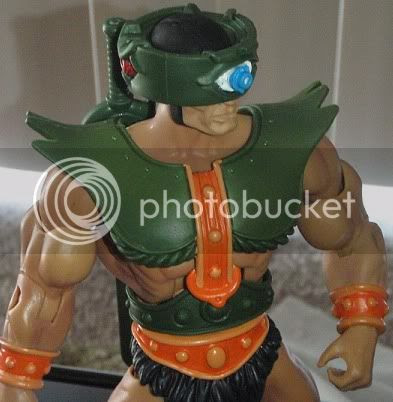 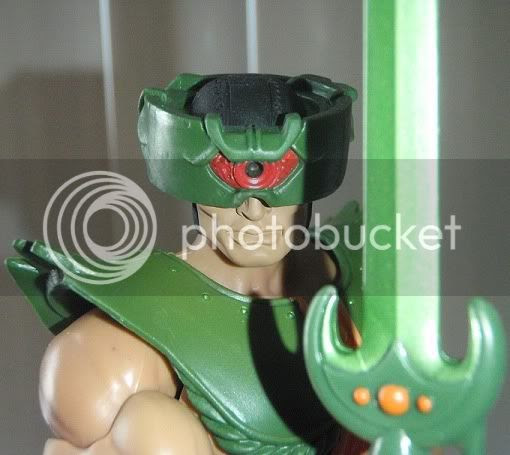 He's got everything he needs: the movable eye-helmet, his sword, and some little extras for that MotUC flair.  Just look at him!  What a badass.  That's the original Bad Guy swordsman right there.  ﻿ 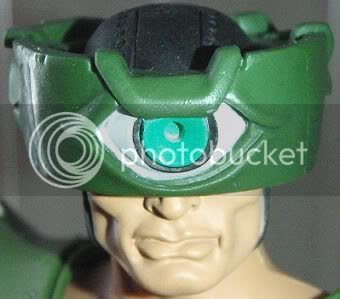 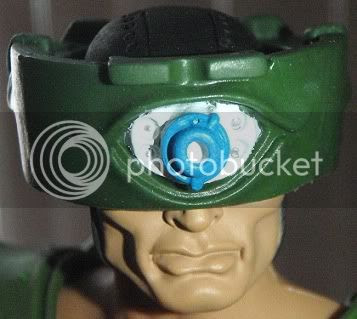 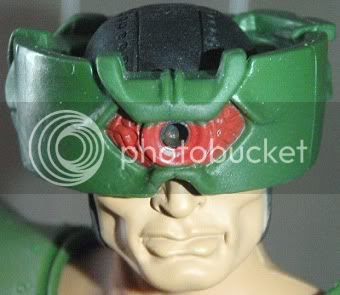 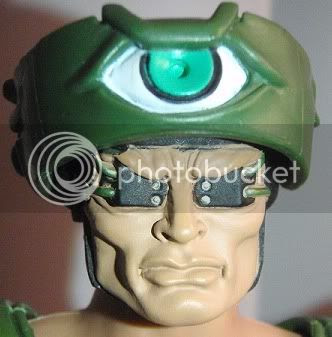 Like I was saying about extra MotUC flair: not only do we get the old three eyes, but if you lift the helmet (it's actually not supposed to do that, so be careful if you try) then you can see...Jeff Goldblum?  Well okay, maybe that's just me.  Seriously looks like Jeff Goldblum a little bit.  Forget that though: it's that awesome?  It's the little details like this that blow me away.  No background stories have ever gone over what is actually under the helmet, so leave it to the Four Horsemen (the sculptors of this line) to make up something awesome that totally makes sense.  What a cool detail!﻿ 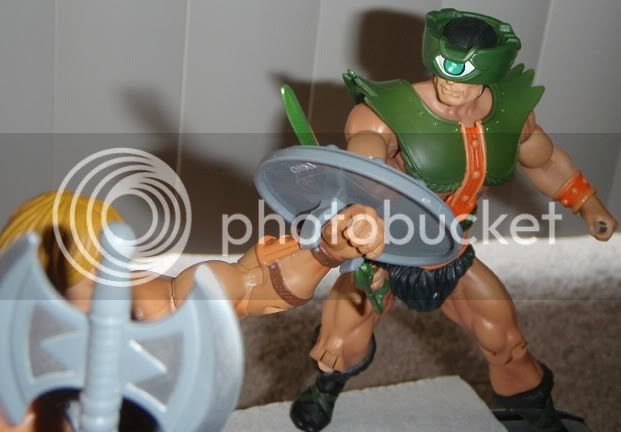 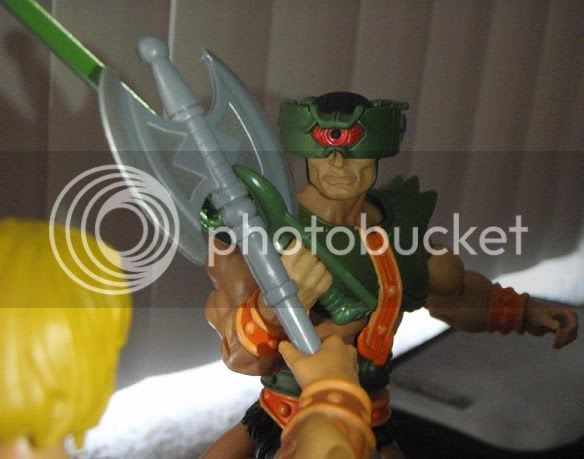 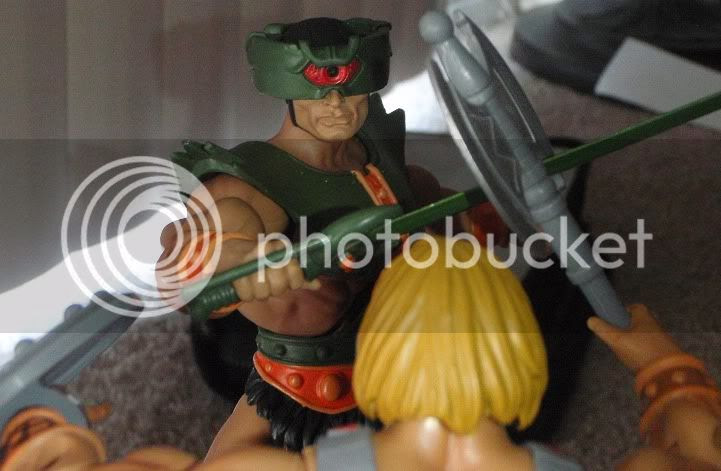 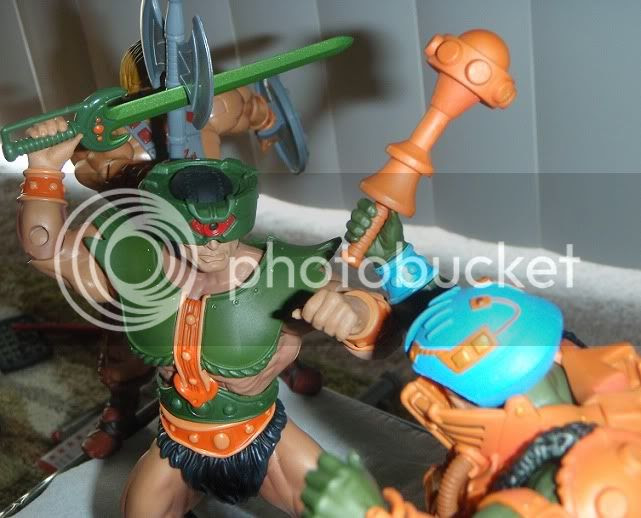 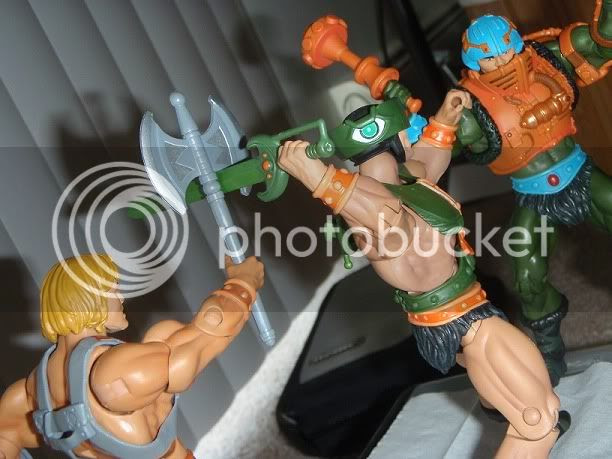 Tri-Klops really has movie potential in him, if they ever go ahead with another MotU movie.  This guy would be your big action sequence guy.  He's got a good view all around himself, so he could be fighting off multiple Good Guys for one hell of a scene.  They used him as the tech guy that builds stuff in the 200X toon (seems they mentioned it in his MotUC bio as well) but his original specialty was swordsman, and I really think they should focus on that if they get another movie out.  Swordsman and hunter.  Just perfect. 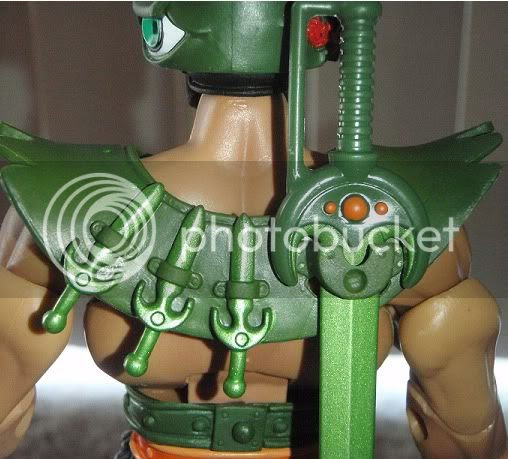 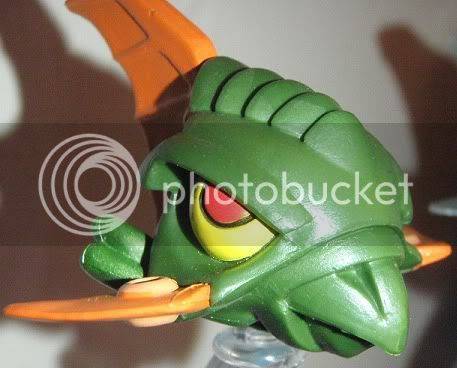 Back to the MotUC flair: They added a little spy drone from the 200X Tri-Klops (silver one shown above) and sculpted it in a retro-style and painted it green.  I love these little extras!  I especially love what they sorta call the "Classics Machine", which is basically what they call the process of taking things from 200X and making them look like they came from the vintage line.  'Course, I loved the details in the 200X line, but I am also loving the retro look they've accomplished here. 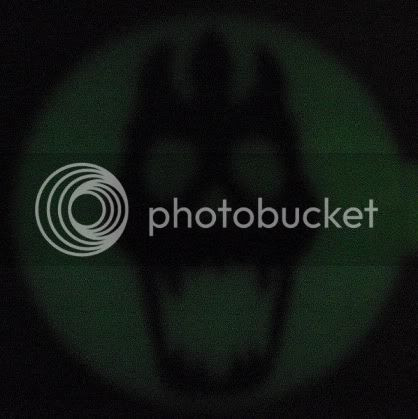 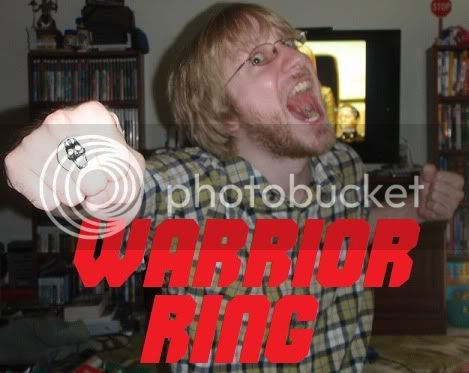 And finally: WARRIOR RING.  There I am donning it.  You can see how it enhances the qualities of my plaid shirt.  Basically the original Tri-Klops had a glow in the dark Warrior Ring, so they put a new one in with Tri-Klops as well!  Around the time he was released, I think the fans were complaining about how much of a waste it was and how "tooling dollars" could go elsewhere and all that crap.  Turns out they were just in awe of the Warrior Ring and too afraid to let one into their house, lest it destroy all whom they love and cherish.  All they had to do was embrace it.  See what it did for me?  Crazy eyes and patchy beard and all that.  Yeah, worked out pretty well.  After all was said and done, my plaid shirt was +10 in armor, my fist shone like the sun, and the ring cleaned the apartment.  True story. 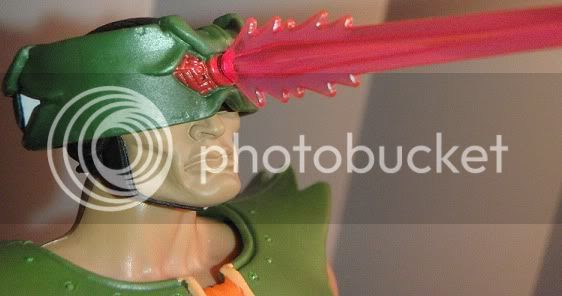 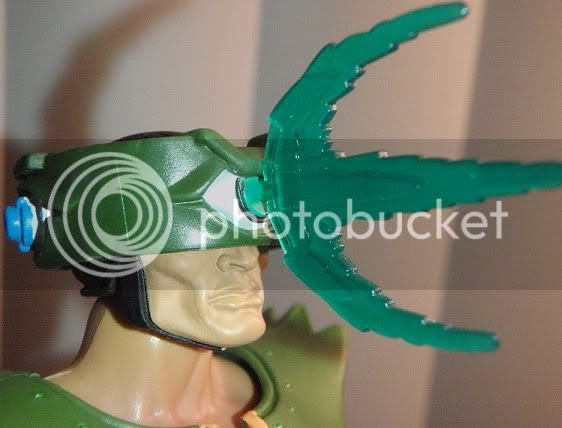 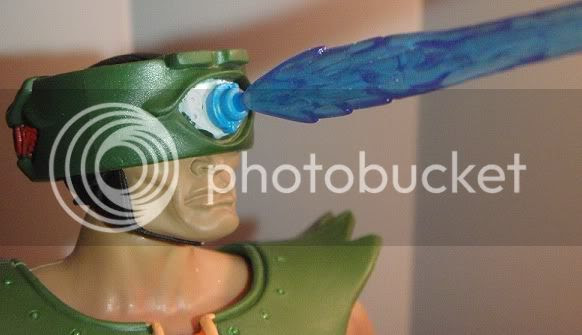 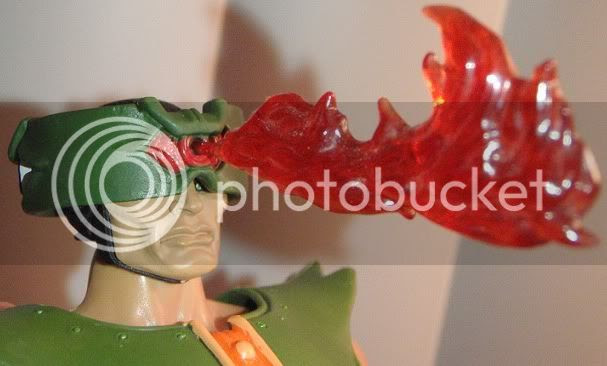