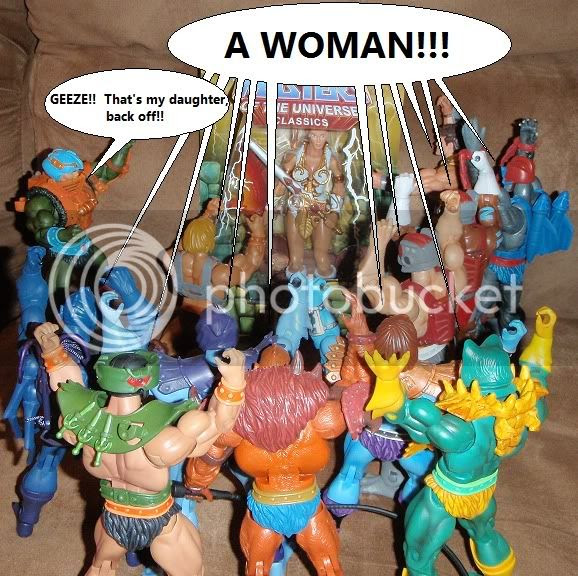 The first female in the line!  Teela came around in the vintage line pretty early, and she was confusing as heck.  Just as Zodac sorta had conflicting backgrounds between the toy and the show, Teela had conflicting backgrounds in EVERYTHING.  The toy labels her as a warrior goddess, the minicomics show her off as a warrior without her snake armor and The Goddess with her snake armor.  So then the cartoon rolls around and erases The Goddess, replaces her with a Sorceress (and Teela is back to a warrior), and then later minicomics say that Teela is a clone of the Sorceress!  GAH!


Anyway, the pics bellow show off the basic Teela; the Captain of the Guard in Eternia.  Yeah, she's that too.﻿ 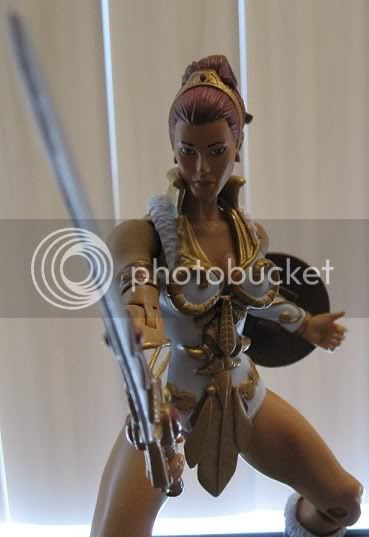 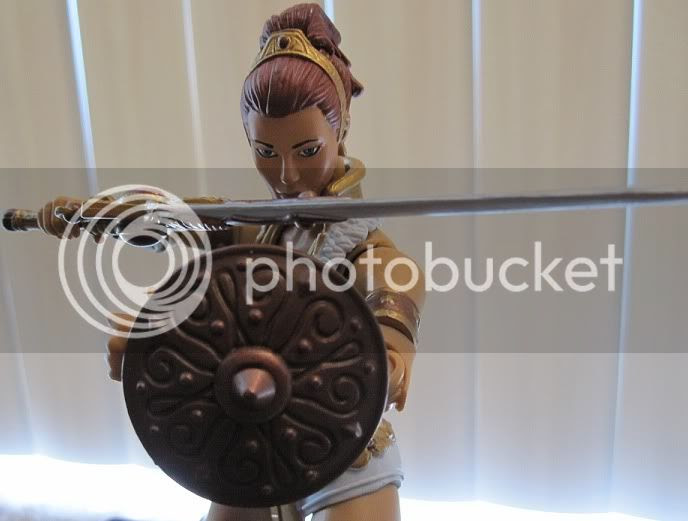 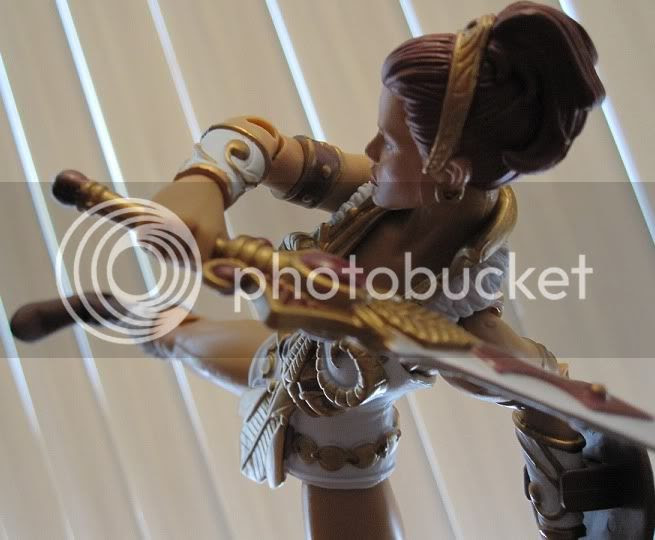 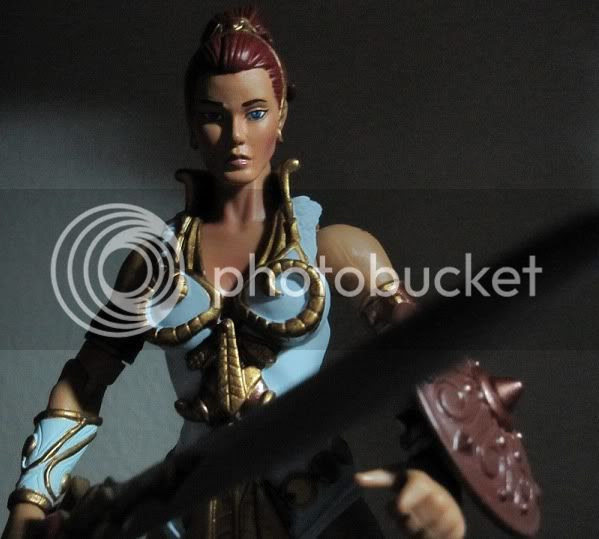 I only took a few pics of her at the time (and apparently none with her snake armor) but she's on my list of favorites.  Fantastic sculpt, great accessories, and fun to pose.  Nothing to dislike!
Posted by Alexx at 3:56 PM