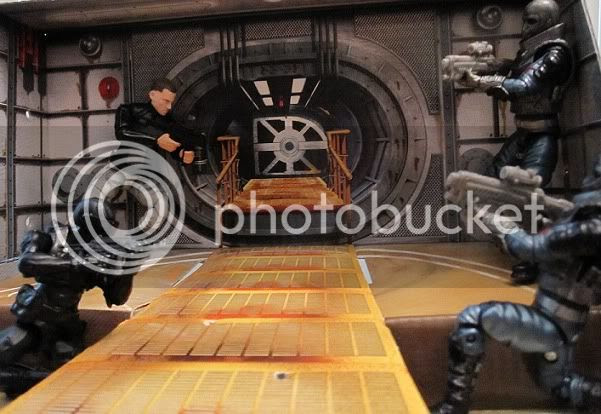 
The debut of one of my most common backgrounds: 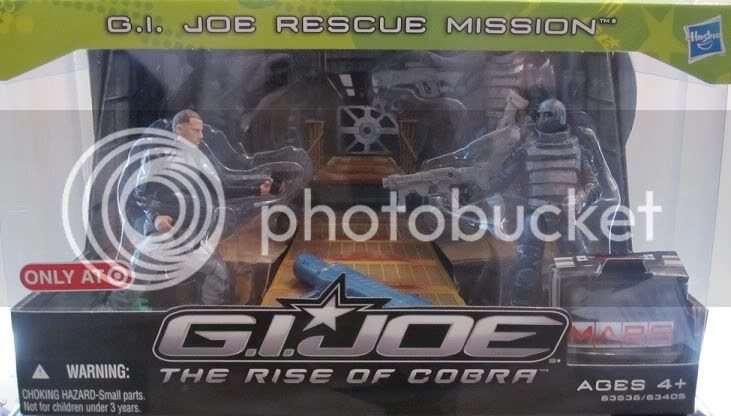 Alright, I kinda wonder why I'm doing a review, when you can tell right off the bat whether or not you want this. Need more Neo-Vipers? Want another Duke head and a body to use on something else? Can't get enough of Snake Eyes?

Ahhhhh....yeah, I can already hear the majority here. Nonetheless, I'm gona show you what you'll get from this and let you decide based on pics, as always. Be warned, however: It's mostly gona be Snake Eyes. If you need more pics of Duke, let me know. There aren't that many pics for a reason, though.

So here's what you get: 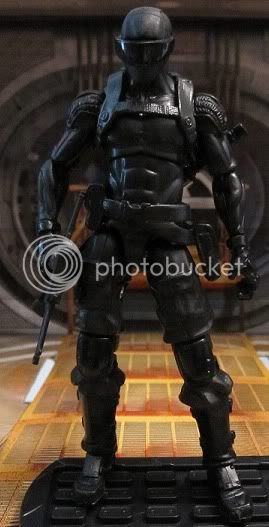 Look at him again: Snake Eyes 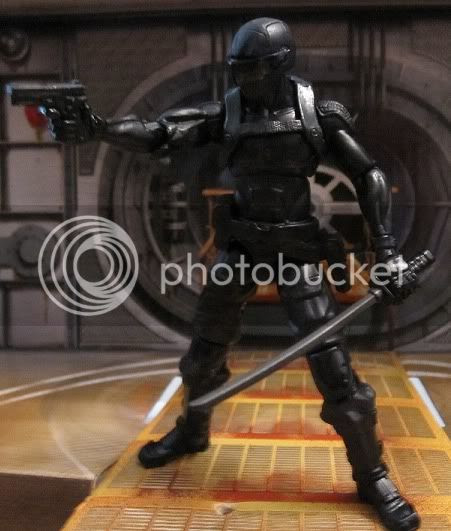 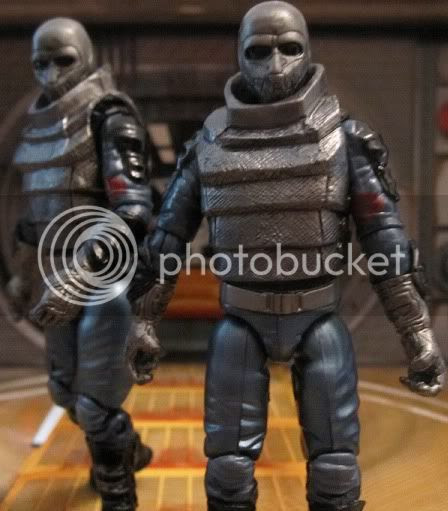 Now, to justify my own purchase: I like the Neo-Vipers, and I actually look forward to the different colors. These two are some of the better recolors, so if you REALLY want that SE from this pack, you could do worse in terms of Neo-Viper pack-ins.

Story on the box is that the Joes (I.E. Snake Eyes) are saving Duke from Cobra's clutches. Look at 'em go! Lets get individual, though: 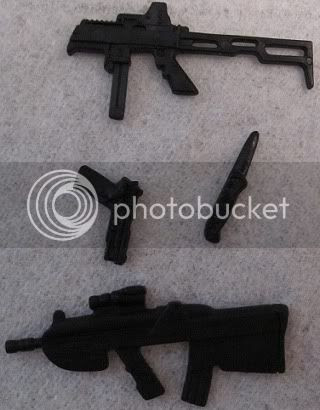 Here's Duke's stuff! He can't hold it very well, because his hands are tiny and they pop out of the arms easily. Here he is getting killed by Snake Eyes! 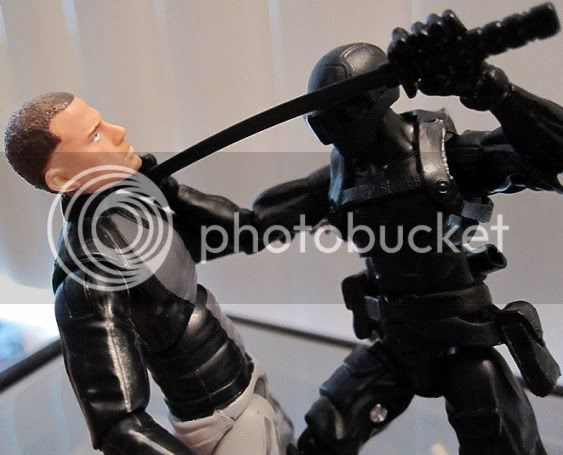 Nooo! Snake Eyes, you're supposed to be saving him!

That's about all I did, there. You can see Duke, he wasn't that great of a choice, and his head looks a little big. Pull it off and put someone else's head there! The best part about his figure is that he's wearing a bodysuit, which allows for any web gear under the sun to fit perfectly. Customize away!

On to the Neo Vipers! They come with the standard gear: 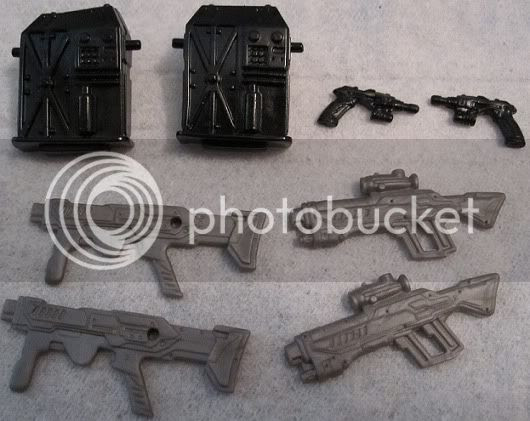 I still love those guns and how they fit on the backpack. However, the double-handled gun still doesn't fit great unless you cut the stock down, but that doesn't bother me much. Anyway, if you've been collecting your Neo-Vipers, here's some colors that you should have: 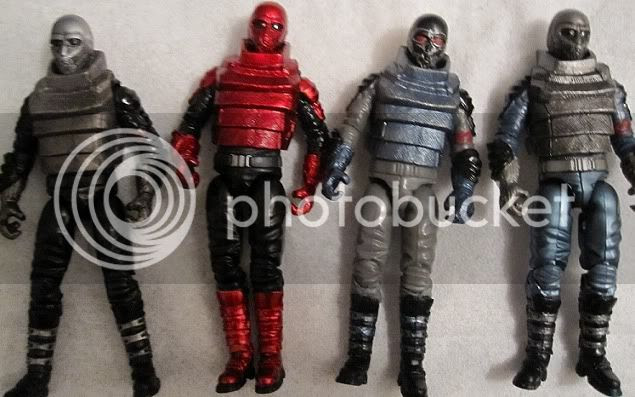 And, if you mix the one from the TRU three pack with this new one, you get a metallic blue viper! You know what that means? FIRE AND ICE! 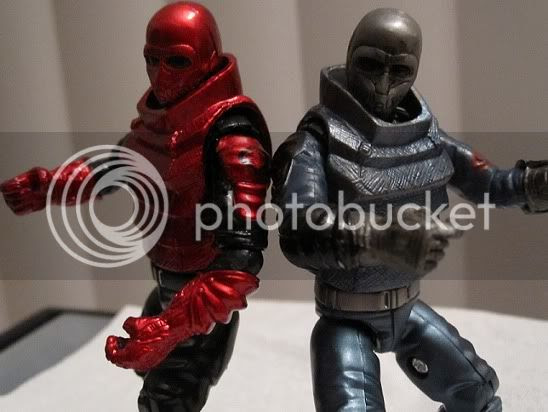 Anyway, here he is getting killed by Snake Eyes! 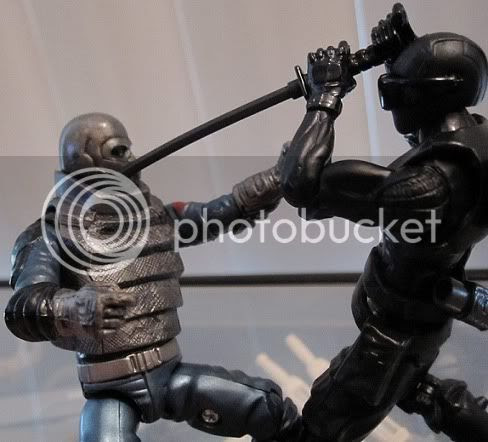 Alrighty! Now we make it to the part with either the most useless or most cool figure: 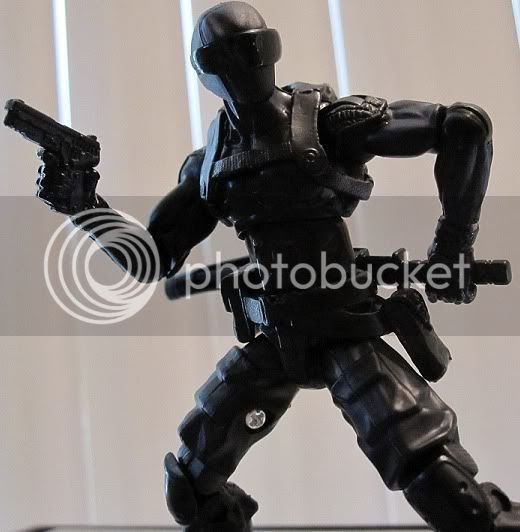 Yeah, it's Snake Eyes again! Most of you will skip this because more-Snake-Eyes, and I don't blame you. The other half will skip this because we're already getting this body as Resolute Snake Eyes and City Strike Snake Eyes! Why even bother with this one? Well...I guess the only drawing point is the terribly classic color scheme: BLACK. Just like the original, this guy has no paint apps save for his shoulder: 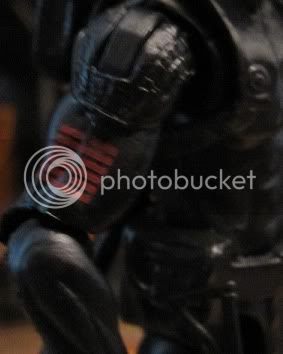 That's right! This one is back to basics. So, even if you are getting City Strike Snake Eyes, this one is still cool because of the stark difference in detail. However, you still get the awesome body sculpt of Resolute SE and his accessories! 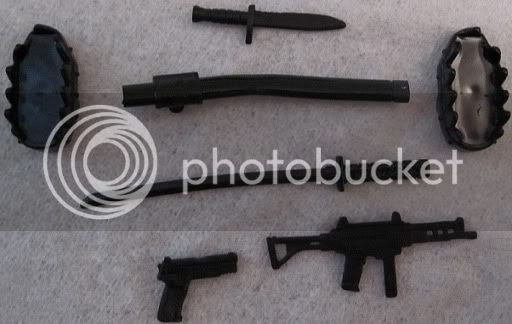 For me, that's kind of a win, though I'm hard pressed to figure out why, anymore. I've got a million Snake Eyes figures, and somehow I'm still excited by the next and the next and the next...save for v1 of RoC (and even with that horror head, the body of that one was particularly excellent). So I'm glad to have one awesome figure in two awesome flavors; the Paris Pursuit head helps a lot, here. So, lets take more looks at what we got:

You got the cool small-of-the-back mounted sword sheath (permanently bent, sadly, but won't bend the sword): 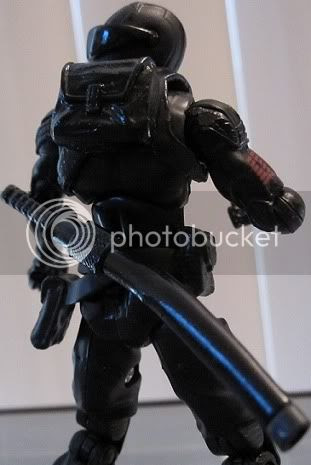 And, to offset the GIGANTO backpack that RoC v1 SE came with, this one comes with a teeny tiny one! 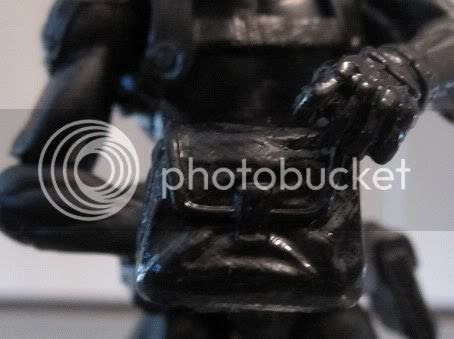 Next, he's got climby boots, for destroying Japan! 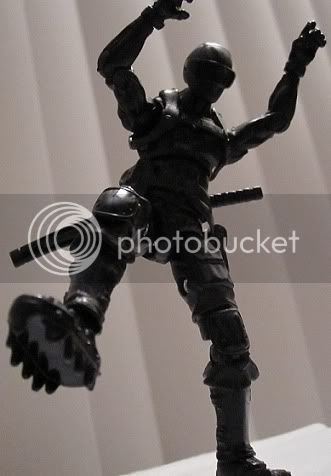 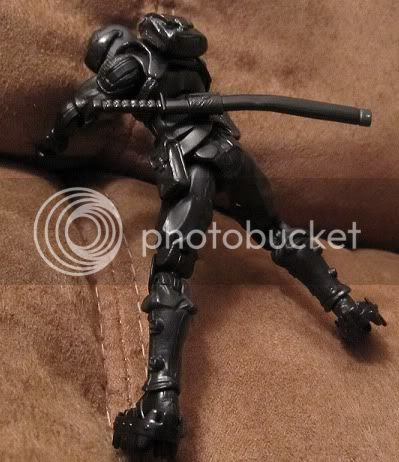 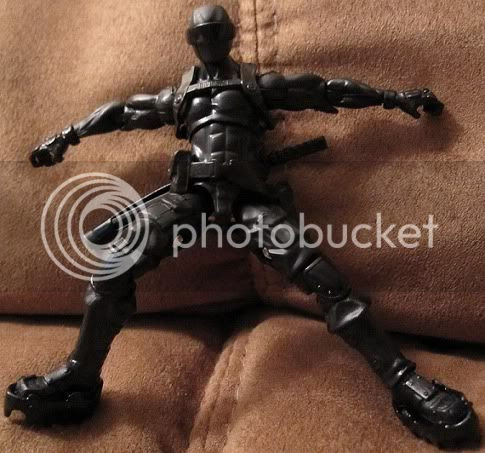 Seriously though, the main draw is just the sculpt. Pure awesomeness and playability right here. As I said, you'll be getting this in a much cheaper single pack, but it'll be Reso-SE. That bad? Far from it! That figure rocks! However, since this figure uses the same body, it too rocks by association. If for some reason you don't like the Resolute design (are you feeling okay? Let me check your forehead) then you can get some extra figures and buy this set for the same awesomeness but with a decidedly classic flair! Let's get a final look at that awesomeness: 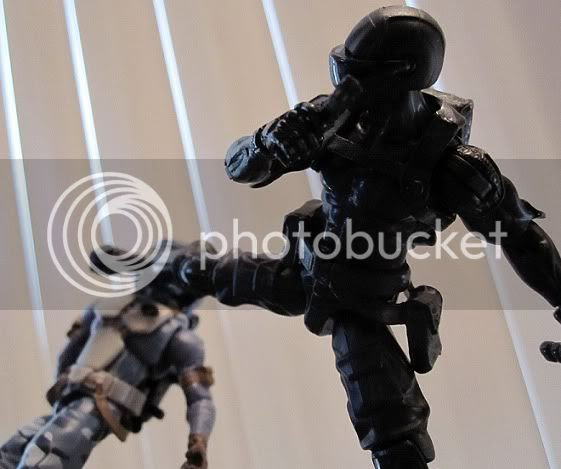 Kicking a sucka in the face. Nice.

In the end, I understand that this pack is a pass to most people. There isn't much, with more Neo-Vipers (for a crowd that doesn't like them much), a really mediocre Duke, and a redundant Snake Eyes (more than usual, since this body is coming out already). Nonetheless, I bought the set, and I was pleased. So, if you're in my unique position and like the Neo-Vipers, can find a use for the Duke body, and can't get enough of Snake Eyes, then this is for you! Otherwise...well, it'll be a great clearance item!

Anyway:  This one is tough, because the focus is Snake Eyes, and there have been SOOOO MANY since this pack.  I still consider him one of the best, but at the same time, you have a lot to choose from, and I'm hard pressed to explain why this one is still one of the best.  I mean he's well articulated, he holds his accessories no-problem, and he's an awesome representation of your standard all-black Snake Eyes.

...but that's a LOT of them, since then.  You've also got some freakin' awesome choices in the last movie line, Retaliation.  In the end, this cool figure still ends up low on the list simply because so many other awesome ones have been made as well!  If you have him, and didn't get many others, well then I could still confidently say that you wouldn't be wrong to just keep on using this one.  Maybe outfit him with some different gear.  But if you've got some of the more current Snake Eyes figures....well, this poor guy is more than redundant.

OH, right...there are other figures in this pack.  Duke's body is being used on a Doc custom (his hands are in the garbage), and the Vipers are more Vipers!  The end.  Though honestly, the Vipers ARE pretty cool, in terms of color scheme.

Sadly, I guess there's nothing worth revisiting in this set!  If you have NO Snake Eyes figures, well, I assume this one is probably cheap.  If he is: GO FOR IT.  It's better than paying out the nose for the later ones that are still within the high-after-market-price-range (at least, I assume they are.  Who knows!).  This one is near and dear, so I still can't bring myself to end this without saying that he still has merit, regardless of all the evidence against him.
Posted by Alexx at 2:17 PM