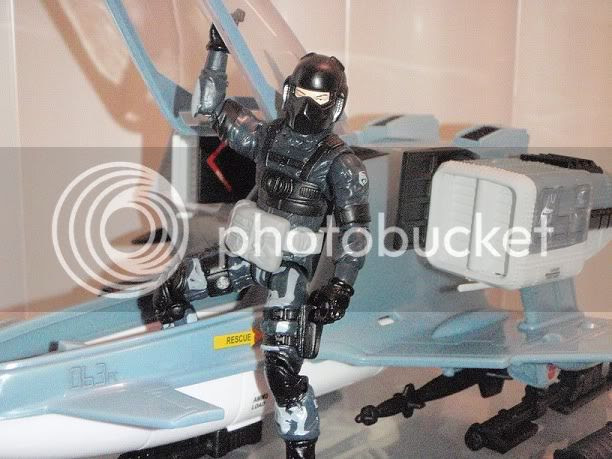 What do I get for fifteen bucks in this package? 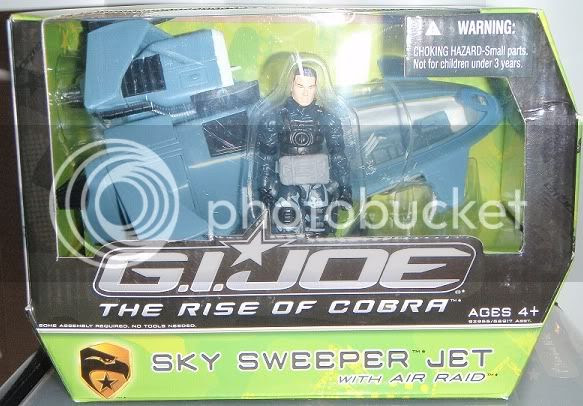 Look at that thing, shoved in there. It's a gift! So, here, you get a repainted Firebat, which had previously been about 15 (if I'm not mistaken) and had one figure with a knife. With this repainted Firebat you get two new jet engines (pretty big, too!) and two missile launchers (that most of you will ignore) with new items molded for the skis underneath. Then, of course, you get the figure, but he comes with a helmet, rifle, and a pistol!

I can't - for the life of me - figure out how those two equal out! I mean, I felt kinda cheated by getting the mole pod, but now with that TRU pack (with five figures and a mole pod for 25 bucks) and this Jet, I feel SLAPPED. Take into consideration the Armadillo as well! I don't know why this jet exists for this price with this much stuff while those other vehicles have been out there containing much much less!

Enough. Should you buy this? YES. It's a freakin' steal! 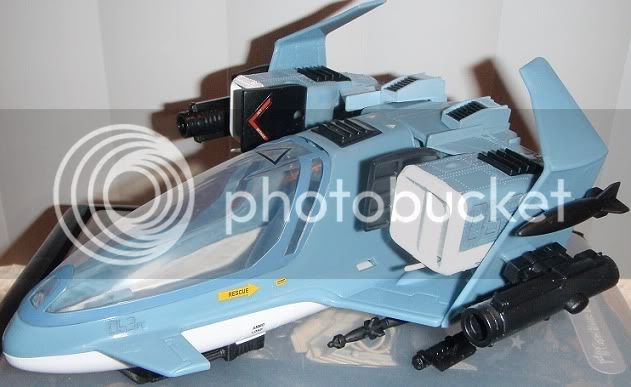 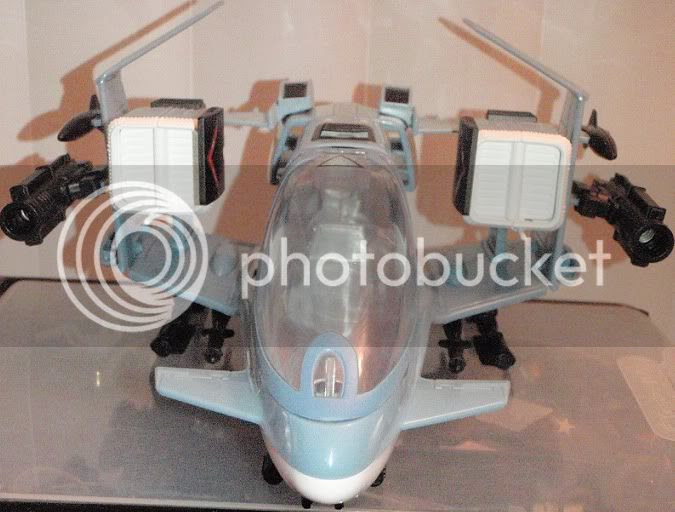 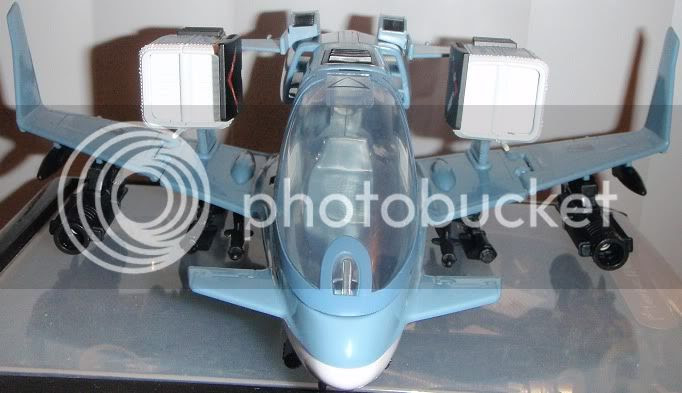 The engines really feel like a considerable addition that also serve to make the ship different from the Firebat. You're not gona be fooled, but I still feel this takes the Tiger Force idea of captured vehicles and pushed it further by not making them horribly ugly and also upgrading them rather than leaving them the same! So, for me, this is a captured Firebat with additions! 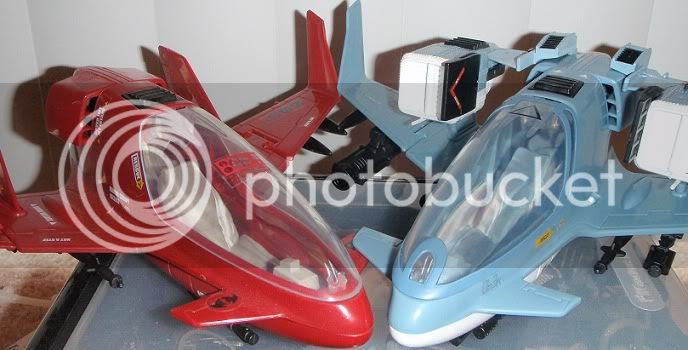 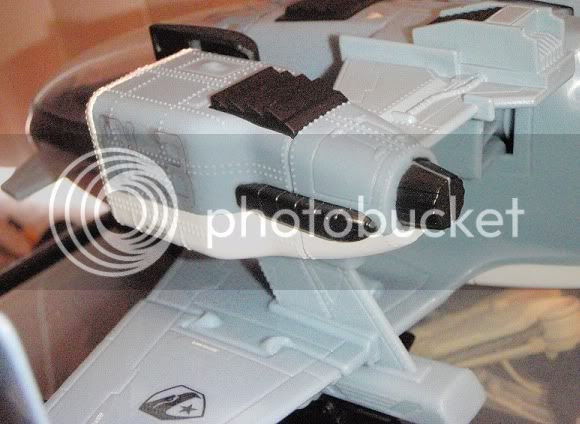 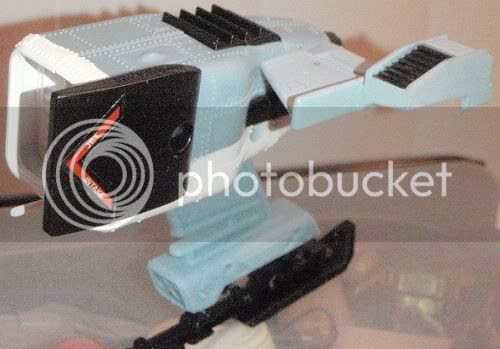 So this Firebat no longer stands up on end, considering the new engines, so it has added skis! And MAN, what skis they are! 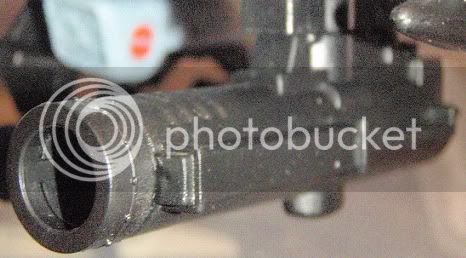 YEAH! Two big 'ol cannons. As usual, they're oversized. As usual, I love 'em! Perhaps they don't go well with those thin wings, but I don't mind. I'll come up with something for them. Just adds to all the guns covering this sucker!

So I'd consider this baby bought just from the plane alone, but this one comes with some extra! Personally, I think Air Raid makes a perfect Barrel Roll! I've seen a few other folks agree. Even if you don't, it's still a snappy lookin' figure. 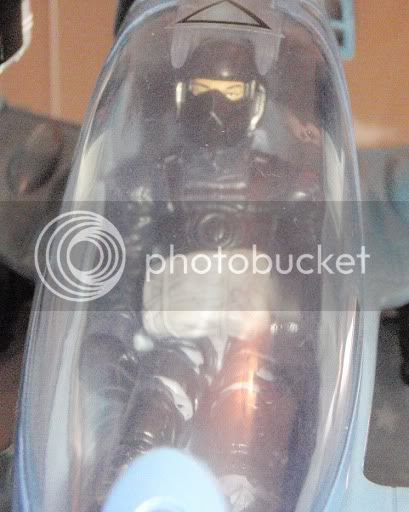 Thankfully they decided to paint the head rather than keep it molded plastic, since that effectively makes it looks quite different! 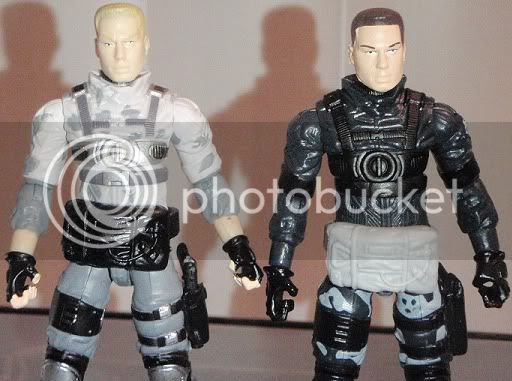 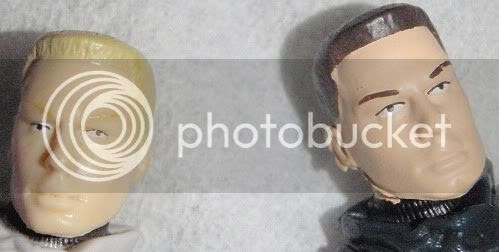 Being the Duke mold, he got to come with all his accessories, so there's another win! 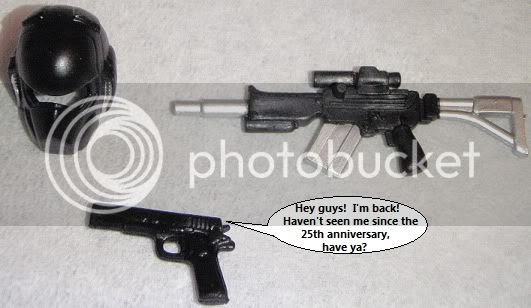 Finally, though, I wana show you what a good Barrel Roll he makes! 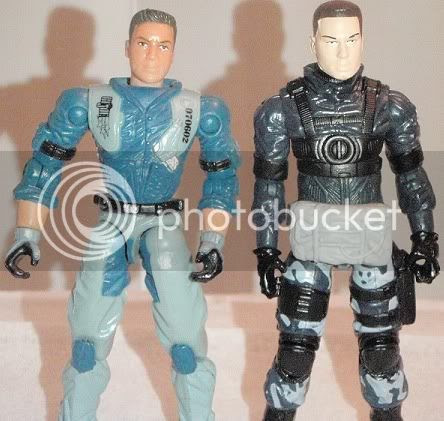 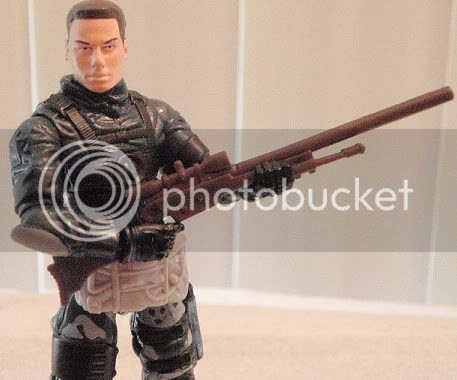 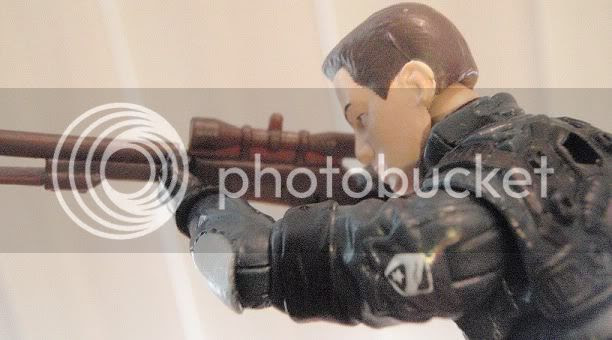 And to push this overboard, here's Barrel Roll's Spytroops gear! 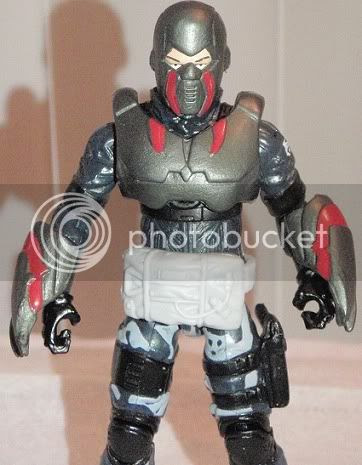 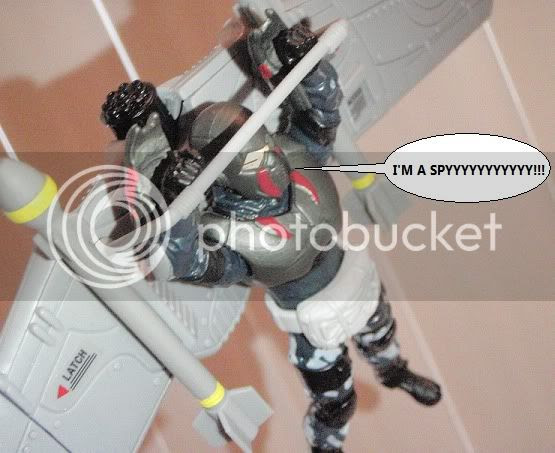 And finally, with a little gear, you've got an updated Barrel Roll! 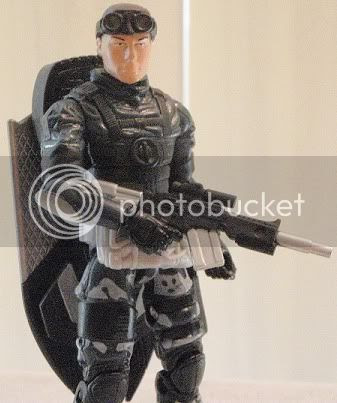 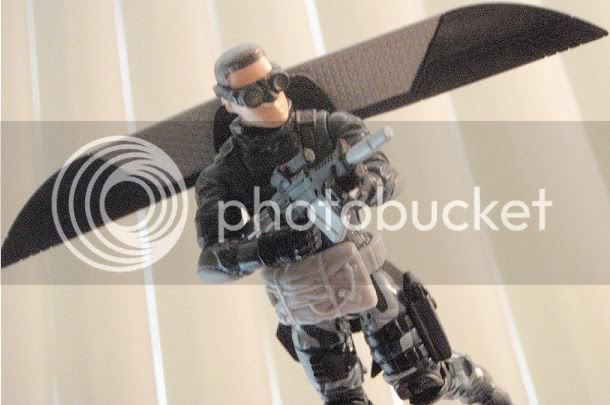 So all in all, I gotta say that this is a no brainer! The only reason to skip this is if you just don't like the look. Otherwise, this is one of the few at this pricepoint that actually gives you quite a bit for your money!

Prices were weird, back then.  I feel like Past Alexx's complaint was a legitimate one: You really got a deal, with this pack, which made the Mole Pod all the more disappointing!  I'm biased, of course, because the plane and figure are both fantastic, to me.  I think that Air Raid is still my default Barrel Roll for the new style figures.  Plus that plane!  As I said: I like planes.  Dunno why.  Especially when they're little one-man deals and look kinda like SHMUP ships from Gradius or something.

I dunno how many would agree, but I think this is one worth hunting down, if you want the best of Rise of Cobra.
Posted by Alexx at 6:56 PM