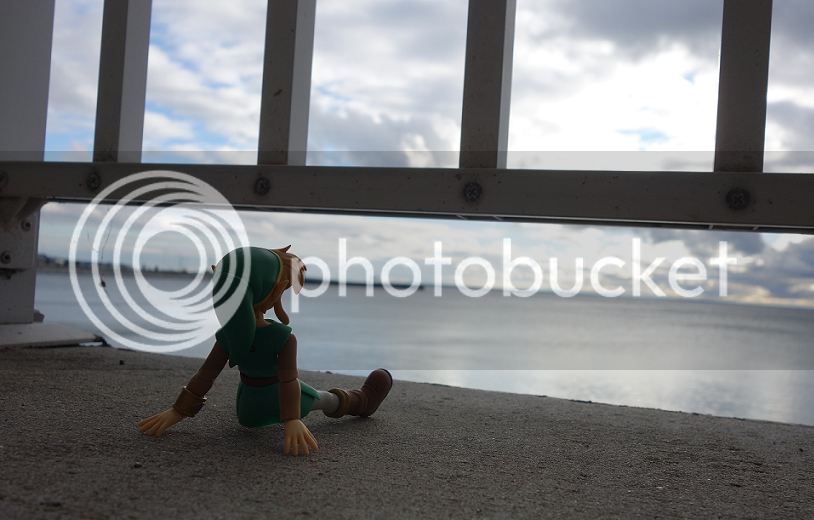 As mentioned in the previous Mythic Legions review: I went up to Mackinac Island, for my birthday. You can see the Mythic Legions shots in the review, but I brought two other guys with me as well... Pictured above: The Mackinac Bridge, which doesn't go to Mackinac, but connects to Mackinaw City (both are pronounced "Mackinaw" even if "Mackinac" lacks the "W"). You have to take a boat to Mackinac Island, which is where the above picture was taken. 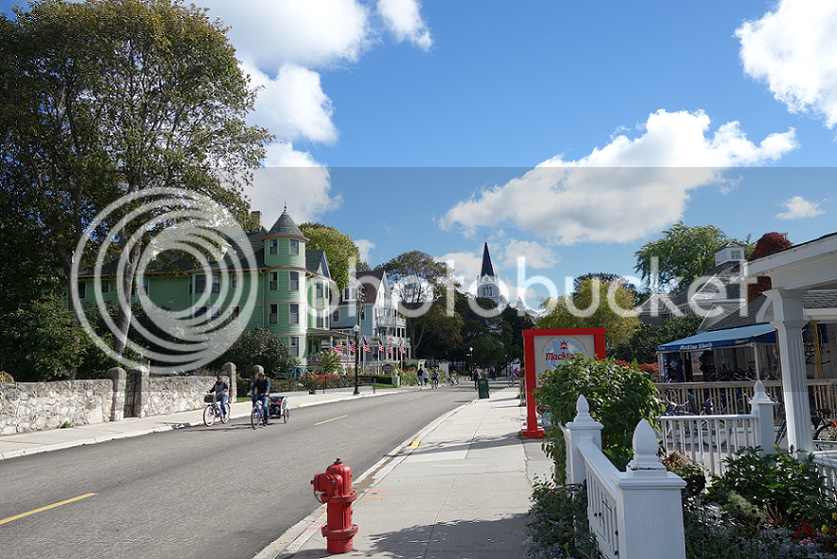 Once on the island, you're greeted with a little town and a main street. This is only a small portion of Mackinac, and what I came for is stuff like this: 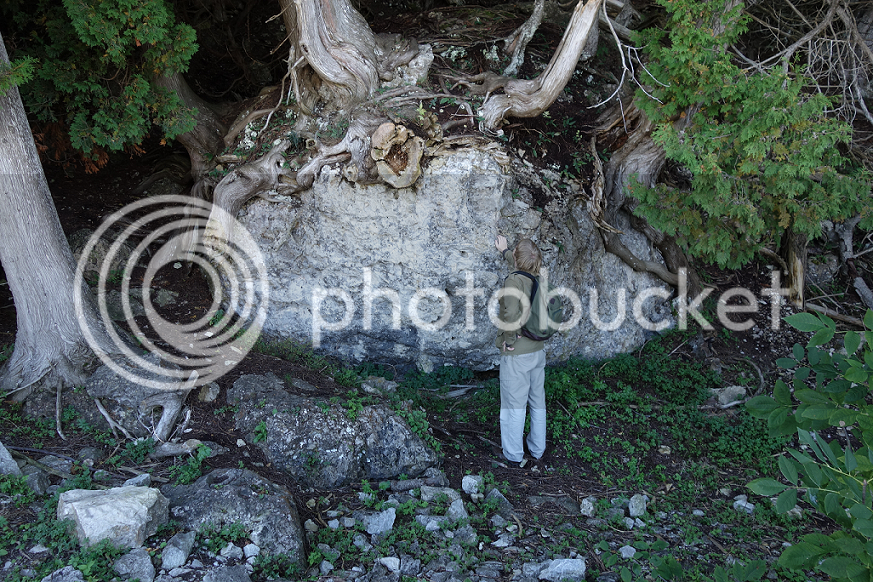 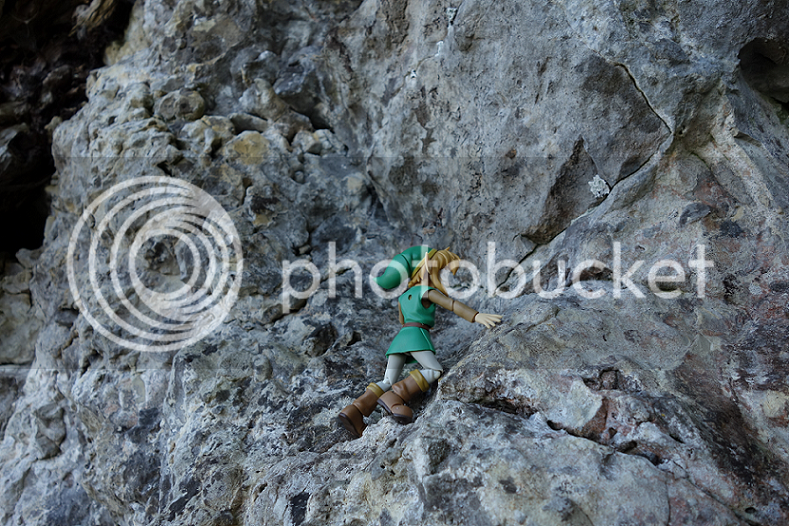 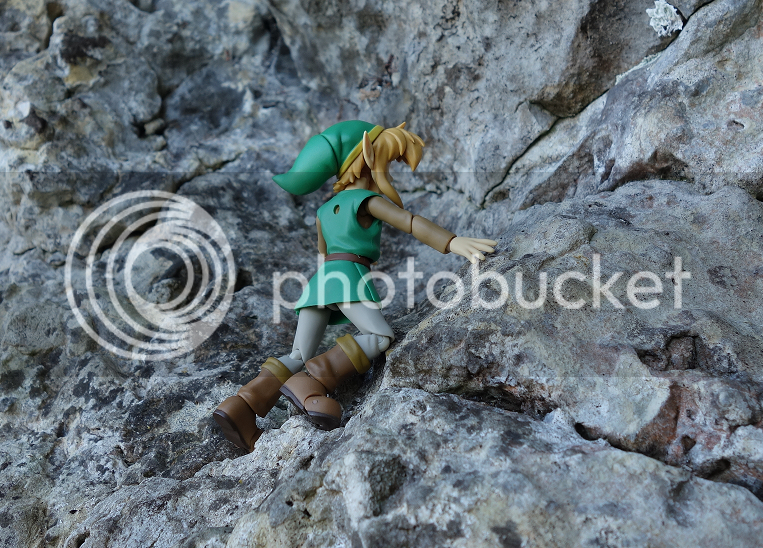 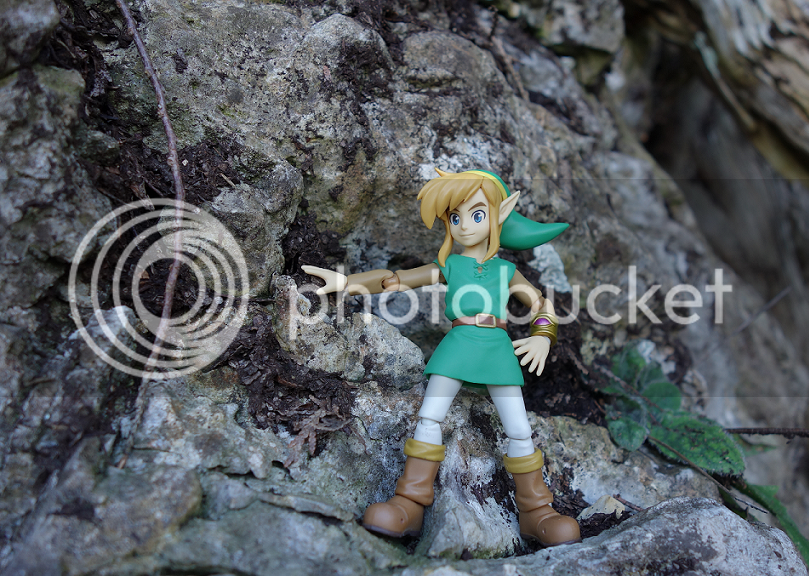 Our partner today is Link, from The Legend of Zelda: A Link Between Worlds on the 3DS. This is a recent Figma that has really opened my eyes to more Figma figures. I wasn't that amazed by the few Figmas I had bought before, but this guy blows 'em all out of the water. He's also a fantastic representation of classic Link, from the original game, with the brown arms and younger appearance. 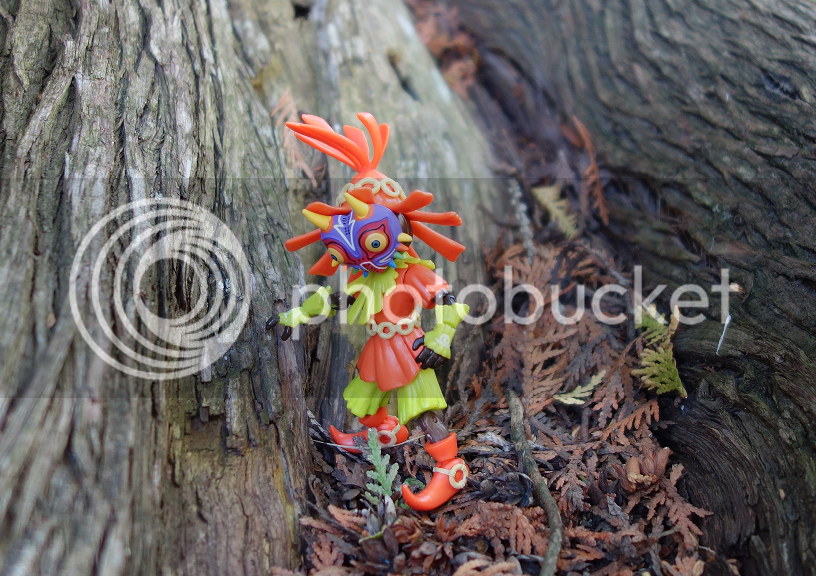 With him travels Skullkid, from The Legend of Zelda: Majora's Mask (also wearing Majora's Mask).  This is a World of Nintendo figure; possibly the best yet (I'll review 'em later). 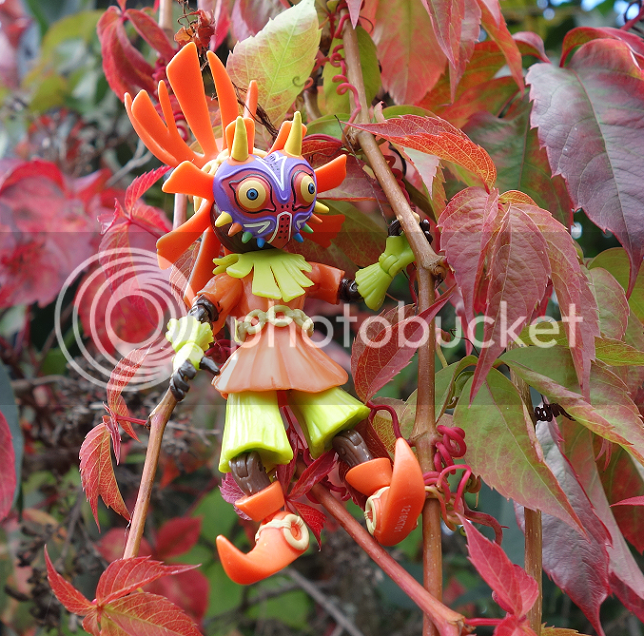 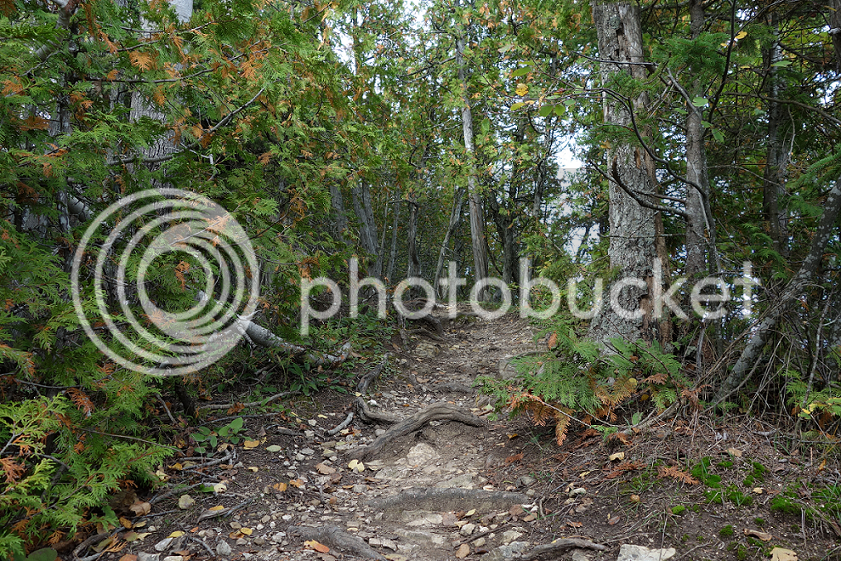 One of my favorite things to do on the island is go UP. Up and up and up. The higher you get, the more amazing the view. 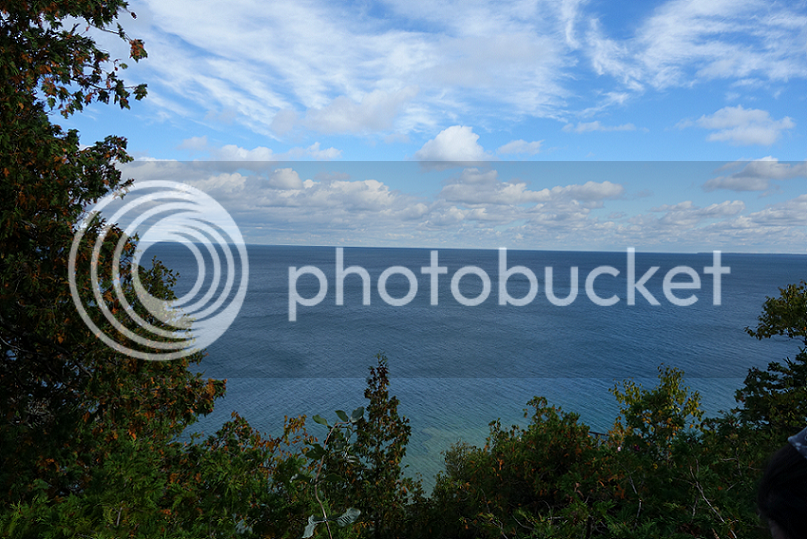 And eventually I may find a spot where I can get a figure within that same view! Just...not on this trip. I tried. 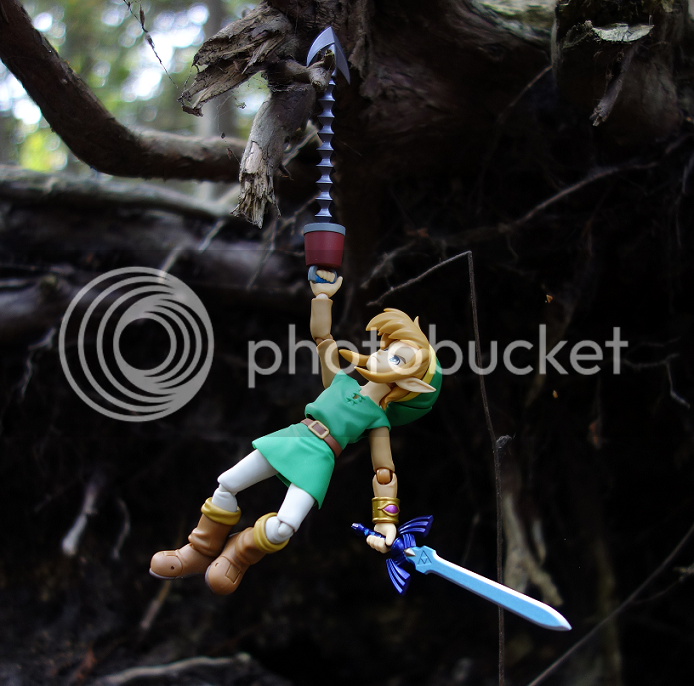 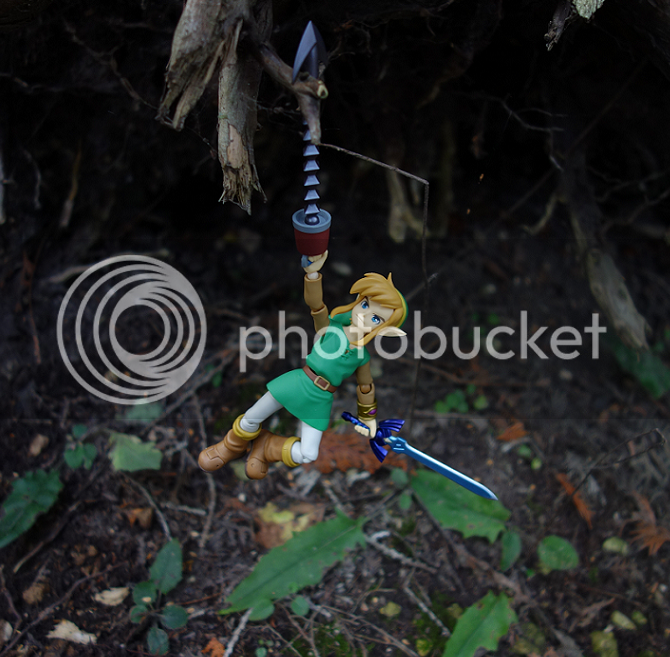 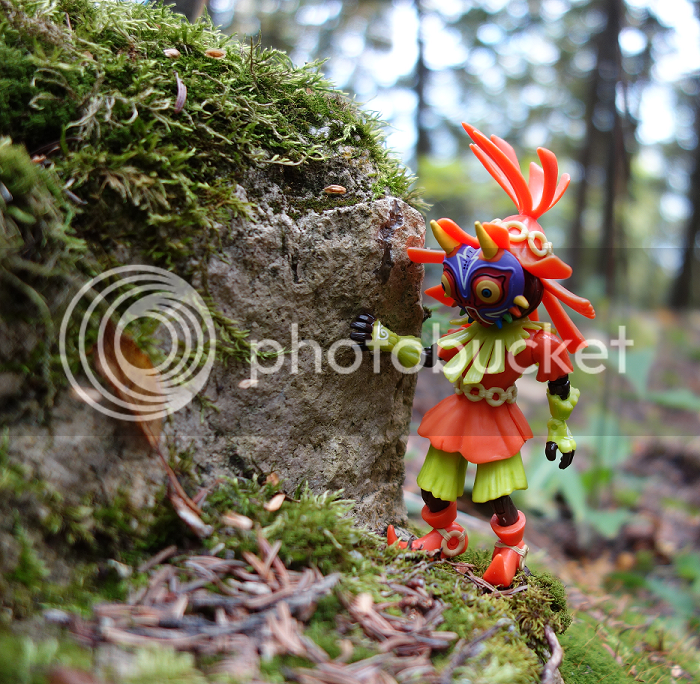 One of my favorite spots is along a twisty trail called "The Tranquil Bluff Trail" (so says a little wooden sign).  It's minorly precarious; not really requiring careful attention to footing, but a wrong step could still send you off into the tree-filled bluff and down into your possible doom.  Probably not. 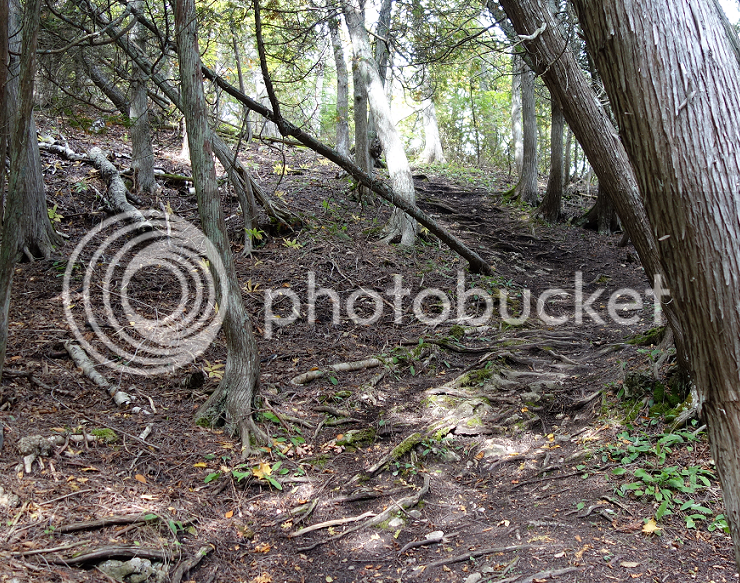 Going up this last part of the trail brings you to a little outcropping with some great spots. 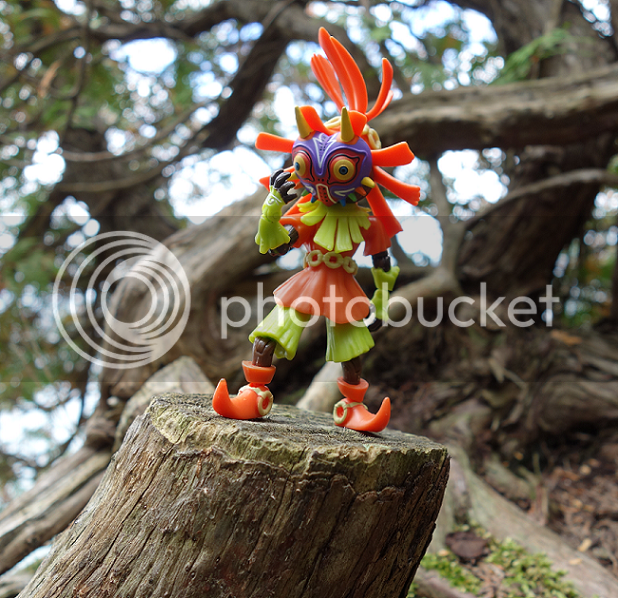 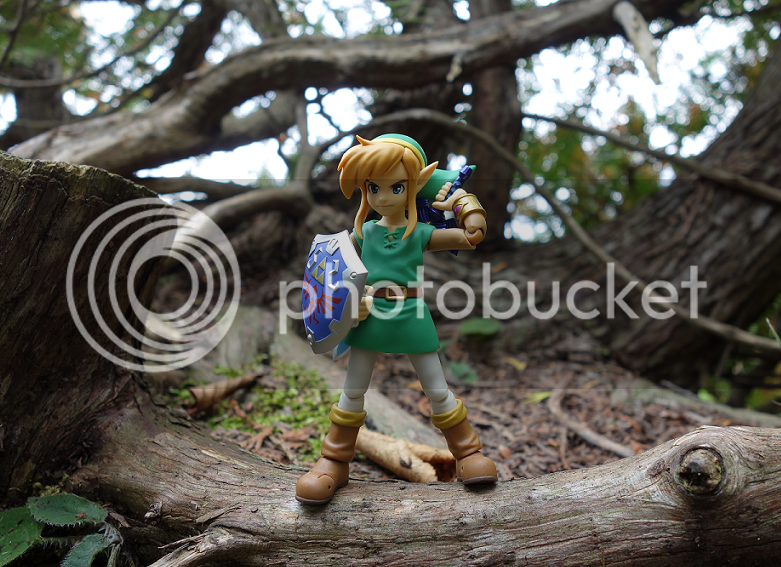 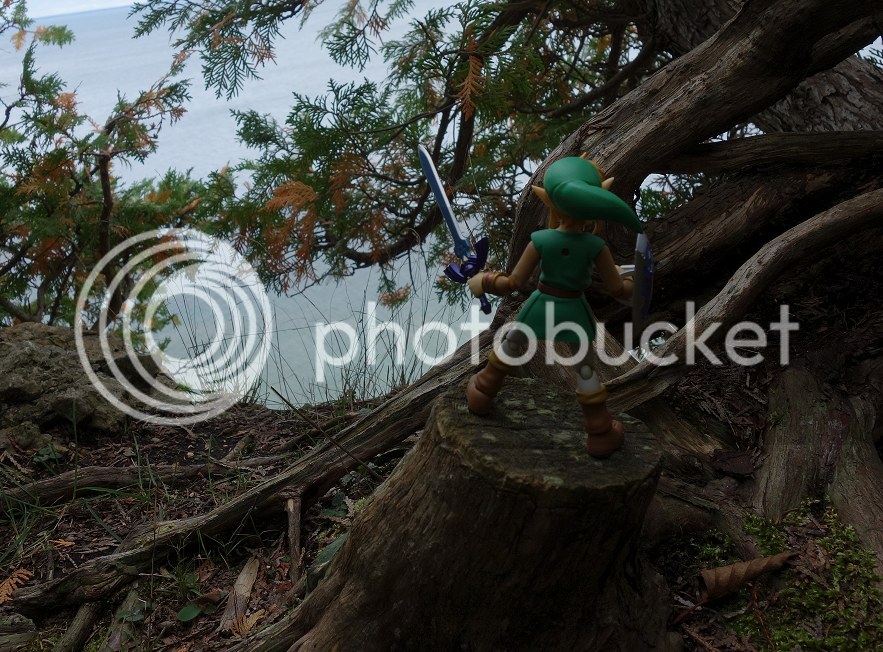 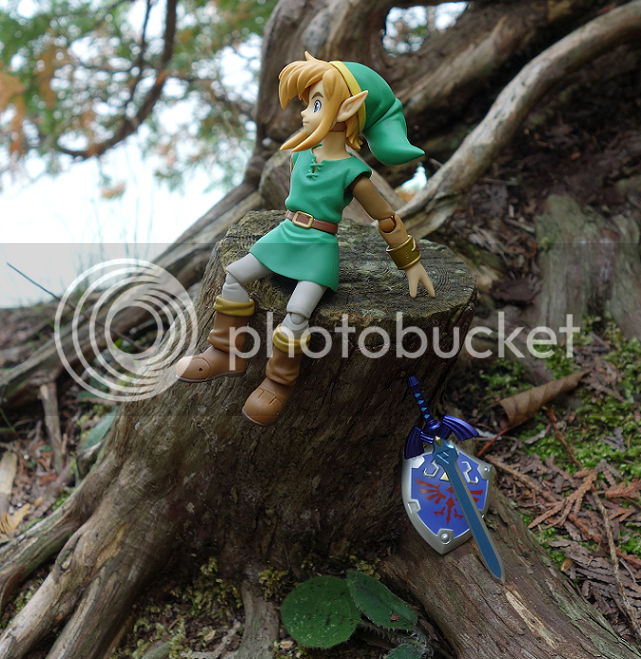 That's about it!  Feels like a small amount, but a large portion of the pictures were Mythic Legions (specifically for the review) and Link and Skullkid were for fancy shots (as best I could).  Much of the walk was stop-and-start as I took pictures and swapped parts (lot to swap on Link), so we couldn't do that forever!  My wife walked around and took her own pictures while I worked, which resulted in this collage of me taking pictures: 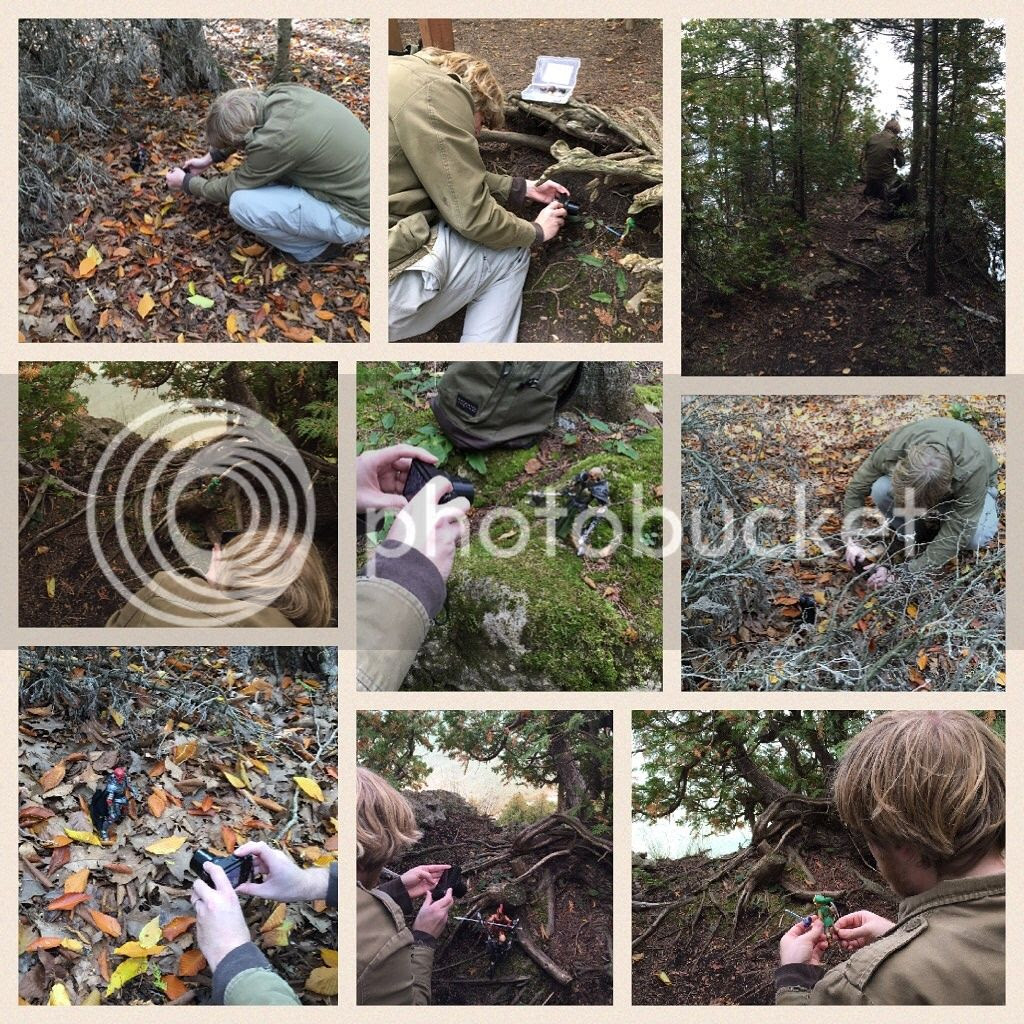 After our trek, we took the stairs back to town: 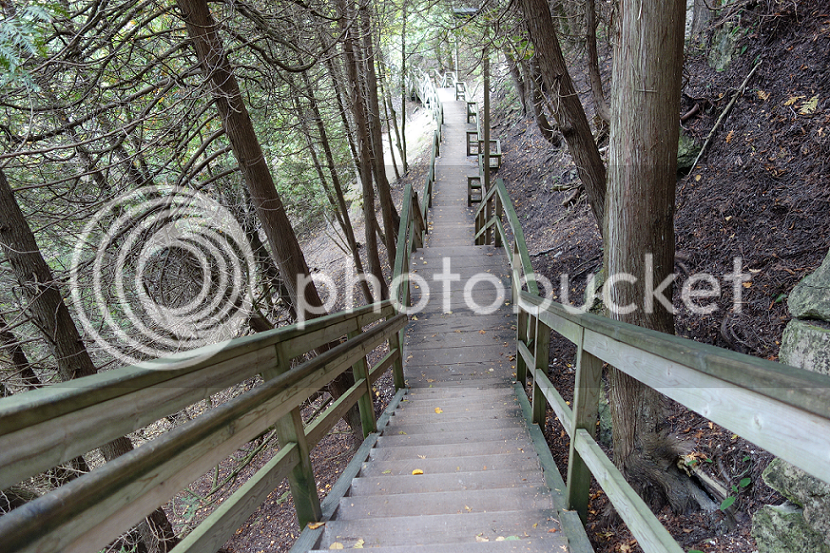 And then ate at an awesome little tavern to round out the day.  All in all a great trip!